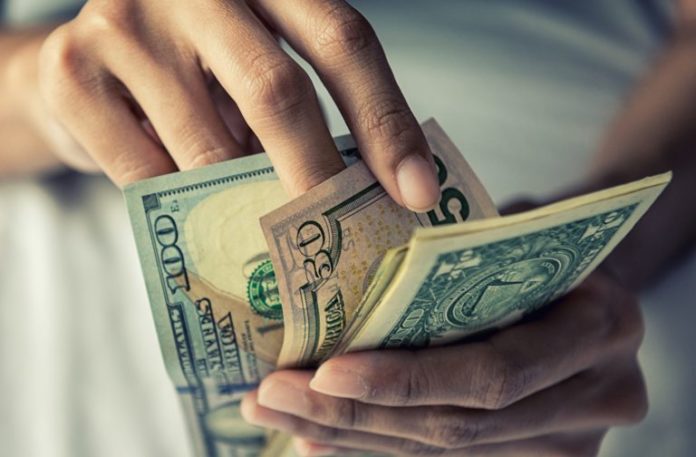 Many people in the U.S. and elsewhere think of the income tax as some kind of timeless staple of society. The truth is, it was only first instituted in the United States as a permanent fixture in 1913. It stands to ask then, how all the progress that was made prior and the bustling growth of metropolises like New York City, were even possible. In the current climate of highly confusing tax regulations where the opportunity-laden world of crypto is concerned, it stands to ask once again if there is even a need (let alone moral justification) for an income tax at all.

But Who Will Build the Roads?

It’s likely every libertarian’s most encountered objection to freedom: “But who will build the roads?” The real question is more along the lines of: “But who will build the roads if no one’s forced to pay taxes?” The question is not universally loathed by freedom advocates for its honesty, but for the frequency with which it is posited, and the presumable lack of consideration behind it.

Obvious ethical objections aside (after all, asking “but who will pick the cotton” to justify slavery is equally abhorrent), a look at Manhattan prior to the institution of a federal and state income tax raises the question: “How did they build these roads?” For that matter, the buildings, the transportation systems, complex infrastructure, etc. The video below adds emphasis to this question, depicting a bustling, pre-income tax New York City in 1911.

Before the ratification of the 16th amendment to the U.S. constitution, which authorized the federal income tax, such measures for adding money to state coffers were virtually unheard of in the U.S., except during mandated emergency funding, as occurred during the Civil War. Constitutional responsibilities of the state were generally covered by tariffs on imports, and a prior attempt to institute a peacetime income tax in 1894 had been promptly overturned the year after, by the U.S. Supreme Court.

New York state didn’t have its own income tax until years later, and although other methods and taxes did exist for squeezing some money from the public, much progress was made in the absence of the what so many now view as “necessary” mass taxation, thanks to the work ethic and innovation of the private sector. Transportation and infrastructure were already successfully developing, and had historically been very successful, even in the absence of centralized funding via an income tax. Prior to the historic Commissioners’ Plan which laid down the now well-known grid structure for New York City’s streets, less centralized and private entities were laying their own grids and building their own street systems before being shoved aside by state-sanctioned planners claiming eminent domain. The very first subway was privately owned as well, and speedily completed. As noted in the New York Public Library blog Subway Construction: Then and Now:

“New York’s first successful subway was built expeditiously. When the contract went out for bidding, it stipulated that ‘the work was to be done and the road ready for operation in two years.’ The contract was won by a company called the Rapid Transit Construction Company, which evolved into the Interborough Rapid Transit Company (the IRT, as New Yorkers would come to know it). This is a contrast to the current Second Avenue Subway project, which broke ground in 2007 and is still under construction.”

It’s worth noting that the repeatedly stymied, federally and state funded Second Avenue project is still not completed, with the Metropolitan Transportation Authority board recently approving a “$51.5 billion investment in the city’s transit system … which includes fully funding the long-awaited second phase of the Second Avenue Subway.”

So while it would be disingenuous to imply that New York’s world renowned infrastructure in its very early days was completely financed and built privately, and tax free (as some libertarians are want to do), what cannot be denied is that:

The answer to “who will build the roads,” then–even if and when the project may be ordered by some government–is obvious: people. Just as private individuals who wished to travel from point A to point B or open up thoroughfares to their businesses did in New York, individuals continue to finance and complete the building of roads today. Why taxation or a violent state must enter the picture remains a mystery. This brings us to another sacred cow of taxation: healthcare. Though medicine of a hundred years ago was admittedly much less advanced than it is now, the systematic destruction of competition in the healthcare industry, via forced government interference, has only served to engender impossibly exorbitant prices and deteriorating quality of service in the name of safety and affordability. While patients certainly had to take care in choosing a doctor and hospital with a good reputation in times past, the modern-day medical industry provides no such preponderance of truly competitive services. As Mike Holly writes for Mises Wire:

Since the early 1900s, medical special interests have been lobbying politicians to reduce competition. By the 1980s, the U.S. was restricting the supply of physicians, hospitals, insurance and pharmaceuticals, while subsidizing demand.

Holly cites numerous legislative initiatives throughout the 20th century which effectively constricted and monopolized the medical industry, including the American Medical Association-backed (AMA) Flexner Report which, under aim of streamlining and improving the quality of healthcare in the U.S. and Canada, resulted in the closure or merging of more than half of U.S. medical schools. It also closed almost all except 2 historically black schools, as Abraham Flexner famously believed that “The practice of the Negro doctor will be limited to his own race, which in its turn will be cared for better by good Negro physicians than by poor white ones.” After shutting out competition, the state then began to socialize the new model with taxpayer funded programs like Medicare and Medicaid in the U.S.

The Flexner era was the beginning of a marked infiltration of government and an accompanying state-embedded “private” insurance lobby into healthcare, which resulted in overcrowded facilities, a statistical increase in practices such as “patient dumping,” malpractice claims, and the demand for “free” socialized medicine. Where socialized programs like Obamacare are concerned, while many individuals can finally afford attention, many others claim to have been financially gutted.

This lack of choice is further reflected in tragic events where patients die just waiting for treatment even in modern times, such as the recent death of a woman who waited 11 hours in an emergency room without receiving attention, or the case of otherwise healthy Kira Johnson, who slowly hemorrhaged to death over a period of several hours after a routine C-section while waiting for a CT-scan, the staff knowing the whole time she was bleeding. Some may argue that medicine of times past was dangerous, but that’s hardly an excuse for modern medicine to fail. Especially an artificially monopolized industry that there is no way to opt out of. Crypto and the Big Apple

The free market isn’t about allowing any unlicensed quack to operate on your sick kid. It’s not about a return to dirt roads, inhumane industrialism or inefficient barter. It has nothing to do with partisan politics or the debate surrounding socialized and false “private” medicine. What ultimately made New York great, and anywhere else that experiences significant economic growth, is individuals freely trading and interacting with one another. In a word, it’s consent. Before the founding of the U.S. Federal Reserve in the same year as the start of the income tax, currency competition was also possible. Nobody was forced by law to use any one money. Nobody was forced to use any one doctor, medicine, or plan.

Permissionless cryptocurrencies like bitcoin present all of us with an opportunity to act and transact in the same spirit, and not to force whatever plan we think is best on the other guy. Blockchain and crypto further provide an excellent opportunity for communities to keep advanced, transparent records for self-regulation based not on coercion, but on private property norms, and for each individual to decide how his or her value will be spent, without permission from a state. This potential for freedom is exactly why crypto is now being so fiercely targeted by the U.S. Internal Revenue Service, one of the most powerful tax collection agencies on the planet. After all, if a flat, paved space called a road can miraculously be built from point A to point B without an income tax, perhaps we as humans can do other things without it as well.

The post How Society Thrived Before Mass Taxation, and How It Still Can appeared first on Bitcoin News.

Yes, you did read that right. The company that refused to let its Chinese users buy bitcoin with Alipay has...