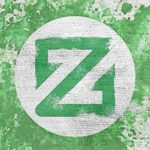 Zcoin (XZC) is a cryptocurrency which is focused on anonymous and private transactions. The crypto is the first case in which the Zerocoin protocol has been implemented successfully.

Also, XZC coins are burned before they are used, so the user’s balance cannot be verified in any way. ZCoin recently went through a hard fork, in which their mining algorithm was changed from their previous Lyra2z algorithm to the Merkle Tree Proof, also known as MTP.

The shift was due to ZCoin wanting to distance itself from ASIC mining and the probability of centralization.

Since MTP is a new algorithm used in this technology in general, we will be covering in our article the mining process of ZCoin with this new algorithm.

The new Merkle Tree Proof algorithm is more complex than its predecessor, which as a result increased the hardware requirements needed for mining.  This also led to many low-budget miners to give up on investing in a more powerful rig to make the operation profitable.

The new MTP algorithm requires a miner to have a computer that has a memory of at least 8GB for one GPU. The video card itself should have a minimum requirement of 6GB memory.

Mining speed depends on what processor you have (higher than i5 is recommended) and the amount and type of RAM (DDR3/DDR4/DDR5). Most gaming computers can be used to efficiently mine ZCoin.

How to Mine ZCoin (XZC)

Unfortunately, Mac users cannot mine XZC, as ZCoin miners can only be used on Windows and Linux systems. In our guide, we will be covering how to install the miner on Windows, but the process can be easily adapted for Linux users.

Step 1: First you have to download and install a wallet which is compatible with XZC. The official ZCoin wallet requires some time for it to fully synchronize with the blockchain. If you intend on mining using a pool, you don’t have to wait for the sync to be completed, but if you are mining independently, you must wait for the process to be finished.

Step 2: Download your miner. On Zcoin’s website, you will find various options depending on your GPU models, including one for AMD and more for NVIDIA.

Keep in mind that only CCMiner by djm34 has been evaluated and approved by ZCoin’s development team, and can be downloaded here https://github.com/zcoinofficial/ccminer/releases.

Step 3: Download the executable file to a folder on your computer.

Step 4: Select a mining pool if you will not proceed to mine independently. You can find several pool suggestions on the ZCoin website which run mining with the new algorithm.

Here are some examples:

Step 5: After selecting your pool you can move on to set up the .bat file which contains the mining configuration data which allow you to collect the block reward. Open the text editor of your choice.

Enter in the text editor a line of code which will vary according to the miner software and the mining pool you’re using. Below are examples for each mining software.

POOLADDRESS:PORT has to be modified to show your specific address and port for your pool. WalletAddress represents your wallet address.

You can leave out worker, as it is not required. The same applies to the –p field and the –t field. For an unspecified –t field the maximum number of threads will be used.

Step 6: Save your .bat file in the folder you downloaded the mining software. Open the miner by double-clicking on it. A cmd window will open showing you your mining stats, and in a few minutes, your shares should be accepted by the mining pool.

The first aspect you would be interested before getting into ZCoin mining is the profit you would make. If you are considering to buy a mining rig you need to know this to calculate your return on investment.

There are several calculators which can be used to calculate profit based on your rig and unique specifications. Whattomine is a recommended calculator, which allows you to enter your hash rate, power, cost per kWh, pool fee and hardware price and calculate your profitability.

Considering that ZCoin is trading at a low price and what costs you would have for a new rig and power consumption, it would not seem like a viable investment just for XZC mining.

The Zcoin hard fork changed the mining game for the coin, as it aimed to deter the network from ASIC miners and centralization. This algorithm change is expected to make mining profitable again, even though performant hardware is required for mining ZCoin.

But if you already own a powerful gaming computer, you could easily use it to mine XZC, or you could make a few RAM upgrades if needed.

Remember when the slightest bit of negative or positive development would cause the Bitcoin price action to change drastically? Well,...