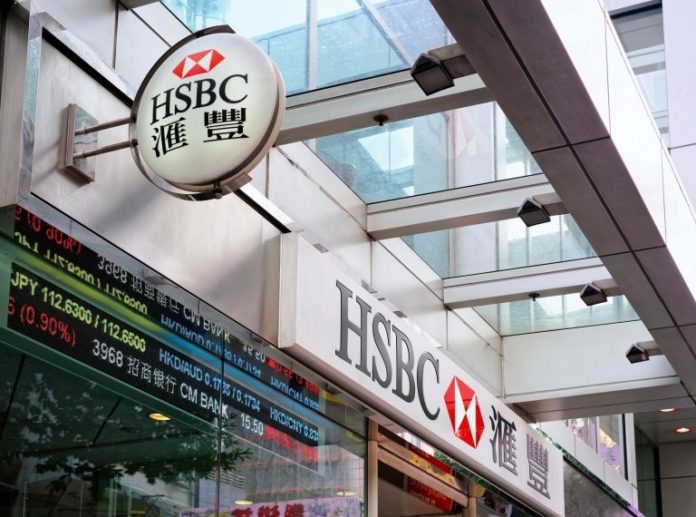 For months on end, Hong Kong has been the scene of intensive confrontation between pro-democracy activists and its Beijing-supported government. It now seems the financial establishment has taken a side in this conflict. Banking giant HSBC has decided to close an account used to support the protest movement in the special administrative region of China.

The corporate account was closed earlier this week after HSBC found that the actual activities it was being used for did not match the business purposes stated by the client, The Prime Management Service Ltd. According to local press, the suspension comes after the bank asked the account holder last month to withdraw the balance within 30 days.

The account has been collecting donations for a non-profit organization called Spark Alliance HK. It spent the money to cover legal and medical expenses and provide other aid to anti-government protesters, the South China Morning Post reported. Quoting a banking source, the Alibaba Group-owned newspaper detailed that fundraising was not declared as part of the bank account’s intended use. “This client only stated that the account was for a commercial purpose. But in reality it is being used as a platform for raising funds. This doesn’t match the account’s stated purpose,” the anonymous source explained. Large amounts of money have been passing through it on a daily basis and the bank may have had money-laundering concerns, the source said.

Declining to comment on the specific case, an HSBC spokesperson nevertheless noted that the bank regularly reviews its customers’ accounts and added that “If we spot activity differing from the stated purpose of the account, or missing information, we will proactively review all activity, which can also result in account closure.”

The Hong Kong Monetary Authority, the region’s de facto central bank, gave its take on the closure too. Complying with international standards, the institution stressed, commercial banks are required to assess risk and take appropriate action regarding account activity. That, according to the HKMA, should ensure the consistency of their stated purpose and source of funding.

Joshua Wong, leader of the pro-democracy demonstrations in Hong Kong, called on HSBC to reopen the bank account. He took to social media to criticize the financial institution based in Hong Kong’s former colonial power, Britain, for closing the account that was used to support the protest movement against the region’s government backed by the communist regime of the People’s Republic. On Wednesday Wong tweeted:

It is only until recently that HSBC decided to investigate & close the account, especially following Xi ’s threats of “crushing bodies and shattering bones” of protesters in the city last month. I hope HSBC can reconsider as it is now effectively putting freedom fighters at risk.

In another comment, Joshua Wong noted that “It is only until recently that HSBC decided to investigate & close the account, especially following Xi’s threats of ‘crushing bodies and shattering bones’ of protesters in the city last month.” The activist, who has so far been arrested twice for his role in the demonstrations, expressed hope that the bank could reconsider its decision “as it is now effectively putting freedom fighters at risk.”

HSBC’s action comes after the General Secretary of the Communist Party and President of China, Xi Jinping, warned in October that efforts to divide his country “will end in crushed bodies and shattered bones.” His statement sparked new fears of an imminent crackdown on the protests by Hong Kong authorities with support from the government in Beijing.

The Hong Kong protests were triggered earlier this year by the introduction of a draft law that would allow the local government to detain and extradite people wanted in territories with which Hong Kong does not have extradition agreements. It became clear that these jurisdictions would include Taiwan and also mainland China.

The Fugitive Offenders amendment bill has since been withdrawn but the demonstrations have continued, escalating into violent clashes with the Hong Kong police. The offices of banks, businesses and other institutions with perceived links to the People’s Republic have been attacked. Measures taken against the citizens’ protest movement, including the recent bank account closure, have highlighted the importance of decentralized cryptocurrencies.

What’s your opinion about HSBC closing a bank account associated with the Honk Kong pro-democracy protests? Share your thoughts on the subject in the comments section below.

Bitcoin Code to be Kept in Arctic Vault Facility

Bitcoin’s open-source code, at least its latest committed version, may be kept in a Svalbard vault, joining other projects in...