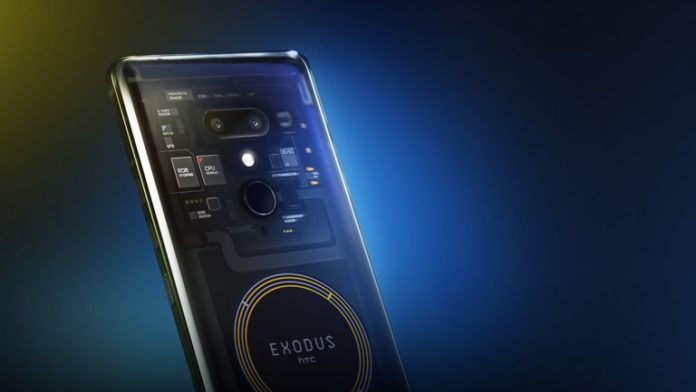 The bitcoin cash community now has a new way to secure and transact its digital money, as HTC adds native BCH support to its Exodus 1 smartphone. A key reason the technology manufacturer has chosen to do so is that many consumers are using BCH as a payment method and HTC wants to see a future where merchants use the Exodus to receive BCH payments.

Taiwanese consumer electronics manufacturer High Tech Computer Corporation or HTC (TWSE: 2498) has added native bitcoin cash support to its flagship smartphone, Exodus 1. The device’s killer feature for cryptocurrency users is the Zion Vault, a digital asset wallet with an easy-to-use software interface integrated with onboard hardware security. This secure built-in wallet is now capable of conducting bitcoin cash transactions, so users can easily buy, receive, spend and store BCH on the phone without the risk of remote hacking.

HTC has announced the support for BCH as part of a new partnership with Bitcoin.com, which will include pre-loading the company’s popular wallet app on the Exodus 1. Moreover, Bitcoin.com will also offer the smartphone, as well as the upcoming lower priced device HTC Exodus 1s, for sale on its online store. The Exodus 1s will feature the same native BCH support available to Exodus 1 users right now when it launches later this year.

Bitcoin.com CEO Stefan Rust commented: “There are so many synergies between Bitcoin.com and HTC. We are very excited to be on this incredible journey together.” Bitcoin.com Executive Chairman Roger Ver added: “Bitcoin.com’s partnership with HTC will enable Bitcoin Cash to be used as peer to peer electronic cash for the millions of HTC smartphone users around the world.”

Bringing Users Full Control Over Their Data and Assets

To understand how HTC sees the promise of cryptocurrency and why it has added bitcoin cash support now, we talked with the company’s Decentralized Chief Officer Phil Chen. Explaining the importance of the new partnership, Chen said: “Smartphones are everywhere and have proliferated across the planet. It’s very important for the adoption of crypto that it is easy to store and use, no matter which cryptocurrency is preferred by people. So the fact that BCH, one of the biggest cryptocurrencies, is now easy to use on our smartphone is very important for us. Together, HTC and Bitcoin.com are helping to bring crypto to the masses.”

Regarding its support for the crypto community in general, HTC sees this as an important part of its vision to empower users in the face of Big Tech. “True power is ownership of, control of and ability to transact with your digital assets. Cryptocurrency is the best place to start on this journey to allowing users to own their own data. It is a scary prospect for many of the big players in both Silicon Valley and in the smartphone maker space. If users are allowed to own their own keys and data, this will have a significant impact on the business models and revenue of these powerful firms,” explained Chen.

He added that HTC built the Exodus 1 device to drive the movement to a fully decentralized web where users have full control over their data and assets. “The first step is to allow the crypto community to hold their own keys; this will be a learning curve for many. So the crypto community is so important as we look to the mass adoption of both decentralized devices and crypto/blockchain in general.”

As for why users need a crypto-focused smartphone such as the Exodus 1, the developer says it provides usability for cryptocurrency. “While cold storage wallets are the ultimate in security, it can be hard and slow to use and transact your crypto. Live centralized exchanges, although fast, do not provide the security or afford you true ownership. It was important for HTC to find the right balance between the deadlock security of cold storage and the ease of use of live centralized wallets. You no longer need to have hardware wallets that then need something like Metamask and then a browser for instance. All the transaction and security capabilities are available using just your Exodus device.”

The company’s Decentralized Chief Officer explained that HTC has developed the Zion Vault to achieve this. It’s an all-in-one secure vault that allows users to keep their own keys and operate through a highly-secure Trusted Executive Environment (TEE), but also the ability to easily transact with those keys.

“All keys and passcodes are stored in TEE directly in users’ Exodus 1 device. The user will always own their own keys. HTC or the Android OS will never have custody,” Chen said. “Operating independently of the Android OS, the vault will protect the entrusted crypto-keys with stringent security. When authorizing your BCH transactions, Zion Trusted UI will create a safe zone through Trusted Executive Environments (TEE) that block possible malware attacks. Zion does not record any user information at any stage.”

HTC sees crypto as a new paradigm for consumer electronics, after smartphones have seen a plateau in terms of global device development and innovation. They expect that smartphones of the future will be the core of your digital identity and the way to keep your digital assets and data.

“It is part of a longer roadmap but the HTC Exodus 1 marks a new beginning for users and their data,” explained Chen. “Only when users have full ownership of their own keys can we enact true decentralization, which is a vital first step toward protecting users. We see this as a stepping stone to how people will carry their own digital assets and digital identities in their pockets, in the very way we carry phones today.” He added that the upcoming Exodus 1s will be able to operate as a full node on the BTC blockchain. “That’s another industry first and we also expect more of this innovation as it is the only truly trustless way to transact using your crypto assets.” HTC’s Decentralized Chief Officer added that BCH users have a lot to look forward to from the company’s cooperation with Bitcoin.com going forward. “This is only the beginning of what the decentralized world can offer, so the possibilities and potential are endless. We can see a future where merchants are using their Exodus device to receive BCH payments at their point of sale (POS). That’s a key reason we’re supporting BCH; it’s great to see so many consumers using BCH as a payment method.”

Future plans for the partnership include offering special discounts when paying for goods in BCH, and the sale of future Exodus phones on store.Bitcoin.com, with further collaborations to be announced in due course.

What do you think about HTC adding native bitcoin cash support to its flagship smartphone? Share your thoughts in the comments section below.

Images courtesy of Shutterstock and HTC.

There is one notable security flaw in bitcoin and other blockchains: if more than half of the computers working as...