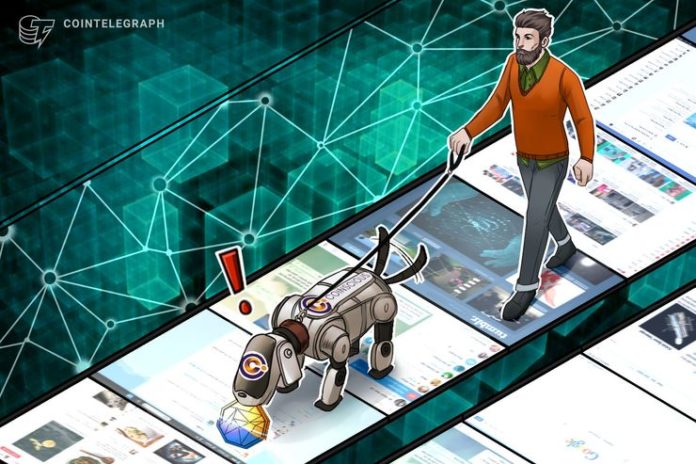 Call it counterintuitive, but blockchain could be considered less transparent now than the stock market. How so? Blockchains are apparently open, and anyone can see which token went where, after all. Well, yes and no. Blockchain is a forest, and a forest is the best place in the world to hide a leaf. We know (or suspect) that many tokens have their prices tweaked. Until now, the industry still lacks an instrument to give a bird’s-eye view of the blockchain.

A startup called Coinscious is quietly building a remedy for this inevitable “teething problem” which all markets have to go through in their early stages. The company aims to offer data services, augmented with an AI-based software suit that comes up with “actionable insights” for crypto-trading. The suite harnesses almost all of the latest technology of the day, except, perhaps, virtual reality – because AI, blockchain, meep machine learning, and big data, are all there.

Uncovering the “whats” and “whys” of crypto trading

Decisions, both for humans and machines, start with material data. There is plenty of data already about who, when, and for how much a token was sold. But this data might be less meaningful without a wider context, since not all data that influence prices are on the blockchain. Blockchain token movements often correlate and respond to actual events in the real world – corporate announcements, management changes, partnerships, and media coverage.

Coinscious goes further than just crunching the numbers on blockchain movements. Their platform crawls social media such as Twitter and news outlets, extracting atoms of token-related “sentiment” from posts and articles. The result is a normalized, systematic array of data about what happened to a token on the blockchain or elsewhere so that the trader may see an analysis of not only what happened, but also, why.

Seeing instead of looking

The word “analysis” comes from the Greek “dissolving”, “dissecting” the corpus of data to extract meaning from it. Coinscious’s data services allow traders to come up with hypothesis and back-test them – but it still takes a considerable effort to come to a conclusion like “Token A has dropped 30% after the combination of events B,C, and D happened.”

In other words, it still takes a human brain to develop a hypothesis. Later in the future, it could be different. Coinscious is developing a machine learning logic that works on top of the data services. The algorithm will gnaw through massive amounts of constantly updated data, learning to discern patterns of “disturbances in the force”. It will detect attempts to artificially pump a coin, and notify the user – so he can piggyback on someone else’s effort to boost their coin. Or alert the community about an attempted fraud.

Eventually, as the Coinscious team sees it, a human decision might be required only for the actual trading – the data and insights will flow, already processed, to the desk, so that the trader could wage his or her bets.

Say, a trader, aided with AI and machine learning tools, comes up with a strategy “If events A, B, and C all happened to coin Z, buy coin Z because in a week, there is a 95% probability that it will be worth 20% more.”

When proven, this trader will be able to program a trading bot with that strategy, and let it loose. Until something changes fundamentally, the winning strategy might keep earning speculative interest for its master.

Unlike many emerging blockchain projects, Coinscious doesn’t seem to be overly preoccupied about launching a token and going “public” by means of an ICO. They have a white paper, and imply that at some date in the future, the project may do so, but as of October 2018, Coinscious’ team prefers to get busy on launching a working product first.

By the end of this year, Coinscious plans to start selling data products, that include millionth-second level trading history and orderbook data, blockchain and social media updates. Using these, traders will be able to simulate and backtest (i.e. validate) their strategies.

They anticipate that access to quality data may enable both existing quantitative trading strategies, and allow crypto-specific trading strategies to emerge. Also, the company’s management sees a common benefit for the entire market, emerging from increased transparency.

If the project will be fully implemented, products similar to what Coinscious plans to offer, may eventually demonstrate the complete irrelevancy of humans on the crypto- (or any) trading floor. Will humans become redundant in crypto trading? We’ll have to wait and see.

As of now, professional data services, like the one that Coinscious plans to offer this year, will certainly curb the rampant insider trading, pump-and-dump schemes, and other “teething problems” our market, yet immature, is going through.

Hundreds of ICOs Being Secretly Investigated by SEC, Claims Report

Hundreds of startups are reportedly being “secretly” targeted by the U.S. Securities and Exchange Commission for their involvement with initial...