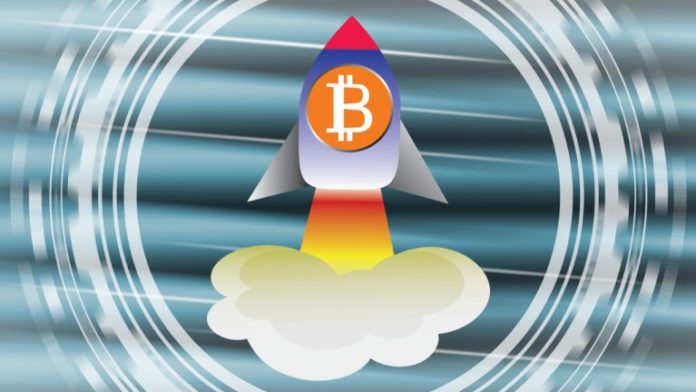 A senior strategist with Bloomberg Intelligence says that he does not see what’s going to stop bitcoin from appreciating. He explains that as bitcoin matures, it will trade more like gold than stocks. The strategist also shares his view on how the November presidential election could affect the price of bitcoin.

Bitcoin Will Keep on Appreciating

Bloomberg Intelligence’s senior commodity strategist Mike McGlone told Kitco News on Thursday that he does not see what will stop bitcoin from appreciating in value. Discussing the stock market outlook, the gold market, and cryptocurrencies, he was quoted as saying:

The key thing about bitcoin is that I don’t see what’s going to stop it from doing what it has been doing for most of its life, and that’s appreciating.

McGlone pointed out that bitcoin’s price “has a history of adding zeros,” going from $100 to $1,000 and then $10,000. He noted that the price of the cryptocurrency has been consolidating for the past three years.

The strategist believes that as bitcoin matures, it will trade more like gold, which is a store of value, and less like stocks, which are risky assets. He noted that bitcoin and gold have a close correlation with each other this year, which he believes will hold. He further said that the same macroeconomic forces pushing gold higher are also likely to drive the price of bitcoin.

McGlone explained that signs of maturity for bitcoin include more adoption, lower volatility, and trading patterns that are more similar to that of gold. “Bitcoin is following gold, gold’s made new highs, but its macroeconomic environment I think is quite significant: unprecedented debt to GDP, quantitative easing, negative rates, it makes things like gold and bitcoin look attractive,” he detailed.

The Bloomberg strategist reiterated that “Higher prices actually increase demand” but there is no increase in the supply of bitcoin. While cautioning that bitcoin can expect resistance at the $14,000 price level in the short term, McGlone believes that if Joe Biden wins the November presidential election, “A Blue Wave would provide further tailwinds to the price.”

Do you think anything will stop bitcoin? Let us know in the comments section below.

GDA Capital organized the quarterly Global Family Office Summit this week. The event was held virtually with a number of...