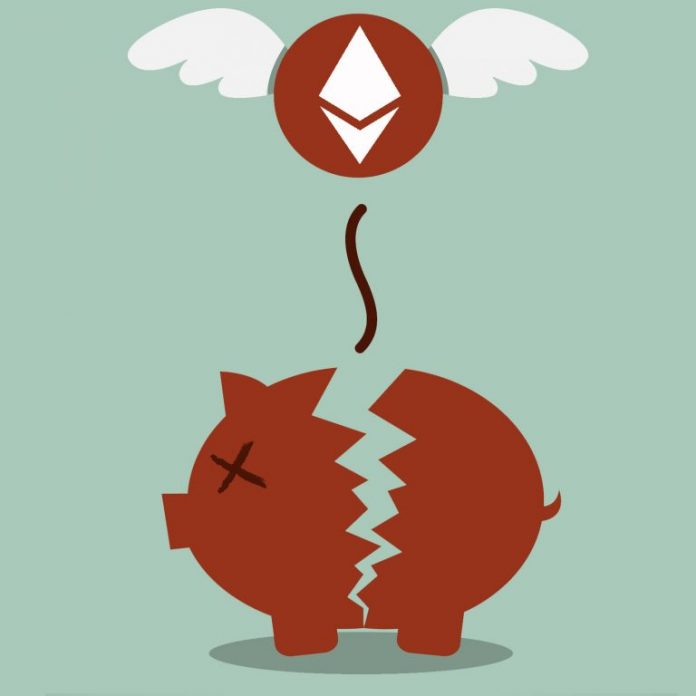 Over the course of 2018, failing initial coin offerings that raised billions last year have continued to dominate the news cycle. Despite ethereum losing more than two thirds of its value, ICO projects have been liquidating massive amounts of ETH. ICO treasuries cashed out 433,000 ETH ($52.4M) in December, surpassing every other month this year.

One of the biggest stories of 2017 was how initial coin offerings (ICOs) raised billions. 2018 was a different story, with the recurrent themes being regulatory action against ICOs and the majority of these projects failing miserably. In February, research by news.Bitcoin.com revealed that over 46 percent of 2017’s ICOs had failed. Seven months, ago ICOs had a failure rate of 92 percent, showing the world that even though a project can raise millions it won’t necessarily go on to be successful. Furthermore, many of the ICOs trying to survive the 2018 bear market have been cashing out large amounts of ETH from their treasuries. Diar Research details that 433,000 ETH was withdrawn from ICO treasuries this month despite the fact that ETH’s value hit record annual lows in December.

“Ethereum has dropped 84% in price from the start of the year when ICO treasuries saw massive activity with withdrawals being the highest they ever were this year,” explains the chart created by Diar Research.

The researchers also detail that November (290,000 ETH withdrawn) was the second largest withdrawal period this year. Diar states that Tezos withdrew 82,000 ETH and Aragon moved 40,000 into the Ethereum stablecoin dai. The third highest month was in January, which saw a total of 232,000 ETH withdrawn from ICO treasuries. “As a whole, 24 percent from the start of the year has moved from the 100 wallets assessed — But what was worth $3 billion is now only $350 million,” explains Diar. Out of 50 ICOs, Filecoin Cashed out Close to Half of the Month’s Treasury Withdrawals

Diar has shared a comprehensive spreadsheet which details 50 of the highest grossing ICOs and how much money they started with in January and how much they withdrew in 2018. Big name projects such as Digixdao, Polkadot, Golem, Tezos, and Filecoin are included in Diar’s informative table alongside  treasury account holdings. Statistics show that Filecoin withdrew its entire stash of 216,906 ETH this December, which encompasses about half of the month’s total withdrawn coins. A few other projects also liquidated their entire treasury accounts this year and some projects have very little ETH left.

The research also explains that 2018’s average withdrawal rate was only about 2.4 percent, but December exceeded most months with 12 percent. Of course, withdrawing coins doesn’t necessarily mean the project failed, but that the team may have tried to avoid ETH’s volatility by using a stablecoin or converting to fiat. However, if they did convert to a stablecoin or some form of fiat then they would have gotten more bang for their buck if they cashed out earlier. It is strange that many of the projects withdrew the most ETH during November and December when ETH was at its lowest price range of the year. When these projects were faced with a burn rate that outpaced the funds on hand, they may have been left with no other choice.

What do you think about ICOs cashing out the most ETH during the months of November and December? Let us know what you think about this subject in the comments section below.

Images via Shutterstock, and Diar Research.

The post ICO Treasuries Offloaded the Most ETH in November and December This Year appeared first on Bitcoin News.

Since blockchain hype went into overdrive earlier this year, you may have thought you’d already heard of every use for...