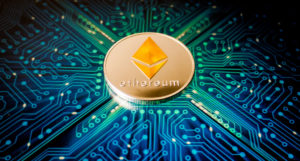 ICObench has published its Q1 2019 ICO Market Quarterly Analysis, providing an accurate picture of the current state of the initial coin offering (ICO) market and what the landscape is set to look like in the next quarter. Unfortunately, the report disclosed that the total number of funds raised by ICOs in Q1 2019 was almost $0.5 billion lower than in Q4 2018. The report by the token sale portal outlines many other key trends for ICOs in the cryptocurrency sector, some of which proved particularly alarming.

These figures also underline that the total number of ICO projects was down 44% between these two quarters, further cementing the wider concerns that the popularity of ICOs is diminishing. This has been backed up by fresh data from ICO analytics site, TokenData, which said that just 45% of ICO projects were able to raise any money. Furthermore, only 15% of tokens issued during ICOs are now trading above the original price.

Of the 107 ICO projects that did raise funds in Q1 2019, these raked in funds to the value of $902 million, compared with $1.4 billion in the previous quarter. Interestingly, the average funds raised per ICO increased by almost $2 million from $6.8 million in the previous quarter to $8.4 million. This would perhaps suggest that ICO investors are looking at quality projects to invest in rather than quantity.

The ICObench report confirms that the majority of ICOs in Q1 2019 raised between $1 million and $5 million, which maintains the current trend within the market. However, this is still some way down on the peak period of ICOs in Q1 2018 when some projects were raising funds to the tune of $10 million to $25 million.

The report confirmed the widely-held view within the sector that Ethereum remains the preferred form of cryptocurrency for ICO issuers, with almost nine-tenths (88%) of ICO tokens being Ethereum-based. The other cryptocurrencies of note used for ICO tokens in Q1 2019 include Waves, Stellar Lumens, Bitcoin and NEO. America remains the number-one country for launching ICO projects and in terms of funds raised. The other major players in the ICO markets include Singapore, Russia and the UK.

A key point of note from the ICObench report is that platform-based ICO projects overtook cryptocurrency ICO projects as the most successful ICOs in Q1 2019. The former raised $560 million in the last quarter, some $18 million more than crypto-based projects. Other well-funded ICO projects involved the real estate, investment, business services and banking sectors.

Although ICOs have clearly taken a dip in fortunes in recent months, there is a growing belief that digital assets will continue to be regularly invested in and traded. A survey of institutional investors by the Global Blockchain Business Council (GBBC) found that two-fifths (41%) believe their community will invest exclusively in the ICO sector during the next five years. Sandra Ro, CEO of the GBBC, confidently predicted that by 2027, crypto and digital assets would make up a minimum of 10% of the world’s GDP.

The post ICObench Analysis Reports That Fewer Funds Were Raised for ICOs in Q1 2019 Than Q4 2018 appeared first on The Independent Republic.