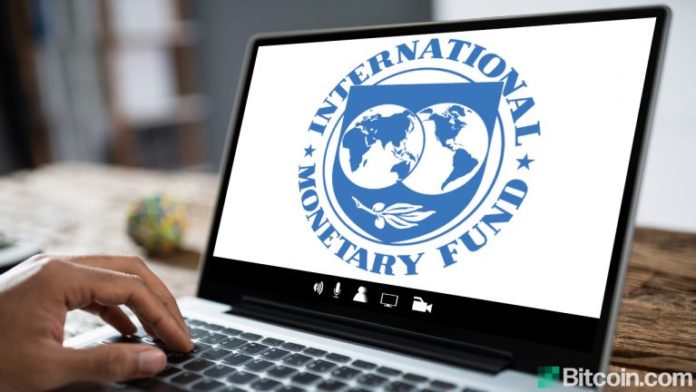 The International Monetary Fund (IMF) has published a video explaining what cryptocurrency is. Besides suggesting that cryptocurrency could “completely change the way we sell, buy, save, invest, and pay our bills,” the video states that it “could be the next step in the evolution of money.”

The IMF tweeted a video explaining what cryptocurrency is on Sunday that instantly went viral. Referring to cryptocurrency as “a special currency,” the two-minute video attempts to outline its benefits in payments, such as by removing middlemen, lowering costs, and increasing transaction speed. It also warns of what it sees as risks, such as anonymity and volatility. The video has garnered more than 523K views at the time of writing; it has been retweeted 5.5K times, liked 8.2K times, and received 807 comments. The video ends with:

If we can counter the risks, then this new technology or some variation of it can completely change the way we sell, buy, save, invest, and pay our bills. And who knows, this could be the next step in the evolution of money.

The video references the IMF’s F&D (Finance & Development) magazine, June 2018 edition, entitled “Money, Transformed – The future of currency in a digital world.” When that magazine edition came out, the organization posted the above video on its Youtube channel, which received little interest at the time.

Many people in the crypto space view the IMF’s video as bullish. Tweets such as “IMF learning fast. Global adoption is on its way,” “This is a big deal,” and “They are finally understanding blockchain and cryptocurrency are not going away” flooded Twitter. One user wrote: “I still can’t believe I see this. IMF shills cryptocurrencies, of course, not bitcoin yet, but that time will come too.”

Since the IMF’s crypto explainer video does not mention any specific cryptocurrency, many commenters took the opportunity to promote their favorite coins.

Some people, however, criticize the content of the IMF video, saying that the information is misleading and omits many important points, including mining. Many also believe that bitcoin should have been mentioned. “Nothing about why people choose to store their wealth in a scarce currency like bitcoin instead of fiat currencies that are benign constantly debased by banksters and cantillionaires,” one user tweeted. “You forgot one fundamental difference between fiat and bitcoin. Fiat is printable by centralized entities like government & banks, whereas BTC is decentralized and has a limit cap to its supply where only 21 million will ever exist in this universe. All powered by blockchain,” another wrote.

Some questioned who the “bad guys” in the video are supposed to be and frowned upon it referring to private keys as passwords. Some say the video gives the appearance that all cryptocurrencies share the properties of bitcoin, and some suspect that the IMF is planning to launch its own cryptocurrency. One user noted that this video is set up like a “Prelude to their own crypto coin that will come out at some point fixing all the problems with crypto” that the IMF has outlined in this video.

What do you think about this IMF video? Let us know in the comments section below.

The post IMF Publishes Cryptocurrency Explainer, Saying It ‘Could Be the Next Step in the Evolution of Money’ appeared first on Bitcoin News.