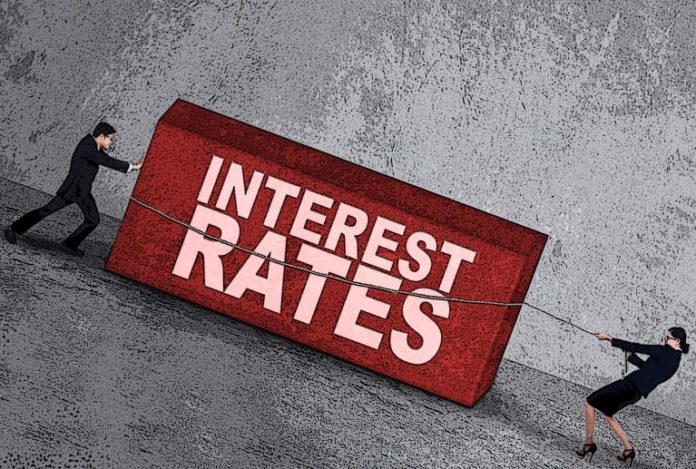 Economists have been predicting a worldwide recession which could pose a risk to financial stability throughout various countries. Fear of an economic downturn has caused the central bank of Australia to cut interests rates on Tuesday and both the U.S. Federal Reserve and the Reserve Bank of India are in the midst of discussing slashing interest rates as well. What is more frightening is the fact that smaller financial institutions are also offering negative interest rates to consumers in a predatory fashion.

On June 4, an international contributing editor from the publication Sovereign Man discussed how he was offered a 10-year mortgage from Denmark, Nordea with a negative interest rate of minus 0.12%. The writer detailed how he once thought that this type of lending traditionally stemmed from big banking institutions but nowadays he says “negative interest rates are the norm.” “In other words, the bank would pay me to take out a loan — Thousands, if not tens of thousands of Danes will go out and take out mortgages that will pay them every month.” The Sovereign Man editorial emphasizes “how broken the financial system really is.”

“Now, institutions and governments are incentivizing people to consume, instead of save. In fact, they’re paying people to go into debt,” the editorial details.

The day before the central bank of Australia cut interests rates for the first time in three years. Interestingly, on the same day, the Reserve Bank of India’s six-member monetary policy committee (MPC) started discussing slashing rates to help curb inflation as well. In addition to India and Australia, the St Louis Federal Reserve President James Bullard and Fed Chair Jerome Powell talked about an interest rate cut too because the U.S. dollar has been under a lot of pressure. To make matters worse, the world is dealing with the current trade war spawned by U.S. President Trump. The World Bank Group, a family of five international financial organizations, coincidentally downgraded its 2019 growth forecast because of subdued trade growth.

Making the Insanity of the Financial System Work for Your Benefit

In the midst of all the fears of a spiraling economy possibly heading toward another deep recession, Sovereign Man editor Alex Moneton asserts that “it isn’t all doom and gloom.” In fact, when the global economy seems backward, Moneton and many others believe “you can make the insanity of the financial system work for your benefit.” There are alternative investments that can be extremely profitable in the future, Moneton claims, and all it takes is some willingness to find them and patience. Sovereign Man describes investing in certain low-valued tech companies that have a solid foundation, but there are also the opportunities presented by cryptocurrencies. Digital currencies like bitcoin cash (BCH) and many others have outshined traditional investment assets like oil, gold, and popular stocks this year. Meanwhile, economic fears this year have pushed gold (Au) prices higher as Au values tallied a fifth straight session climb this week, capturing decent gains month after month since the first of the year. But Carlo Alberto De Casa, chief analyst at broker Activtrades, has written that gold prices are nearing all-time highs again and have yet to press past the upper resistance.

“The next target could now be the resistance area of $1,350-$1,370, a level which has always stopped gold in the last 4 years,” the analyst wrote this week.

Even though gold has been a safe haven asset for millennia, digital assets have proven to be more suited for permissionless free trade. Gold will likely still hold value due to its intrinsic value for things like jewelry and electronic components and people have always appreciated that Au is scarce. But cryptocurrencies like bitcoin cash (BCH) are not only scarce, but they also allow people to send the funds across borders for less than a U.S. penny per transaction. You cannot move $10 million dollars worth of Au so easily across the world due to gold’s weight, the need for strong security, and shipping costs. Even the head of Real Asset Strategy at Wells Fargo, John LaForge, revealed on May 28 that he believes investors are not looking toward the shiny yellow metal these days. LaForge told the press that gold prices no longer look attractive and investors should look elsewhere for defensive assets.

Alternative investments like cryptocurrencies have shown incredible resilience this year and have been climatic in comparison to even gold’s rise in value. For instance, gold (Au) was priced at $1,284 per troy ounce on Jan. 1, 2019 and has increased 3.97% when spot markets opened this morning on June 6 at $1,335 per ounce. In contrast, bitcoin cash (BCH) prices on Jan. 1, 2019 were around $150 per unit and since then BCH prices ($385 per coin at press time) have increased in value by a whopping 156%. In a world that’s filled with predatory negative interest lending, trade war escalation, central banks causing more economic busts and booms, and nation-state issued currencies suffering from hyperinflation, digital assets continue to look better every single day.

Economists are predicting the world is headed toward a deep recession that could resemble the hard times global citizens experienced in 2008 or worse. The value of sending permissionless hard money like BCH across borders is becoming greater than ever. As Sovereign Man discussed, markets aren’t rational, but there are ways to escape the wrath of the storm. Beneath all the chaos there are smart investors making key decisions at a time when precious metals markets and global equity markets are becoming archaic relics. While the economy falters, the acceleration of cryptocurrency performance will shine brightly as an investment in permissionless capital mobility coupled with noncustodial solutions. If hard economic times push more individuals toward the incentives of cryptos, it might just be the learning experience people need to stop making the same economic mistakes over and over again.

The post In a World Where Central Planners Push Debt, Cryptocurrencies Look Better Every Day appeared first on Bitcoin News.

There are few industries or communities as closely linked as casino and cryptocurrency. MintDice, an online cryptocurrency casino, recently launched...