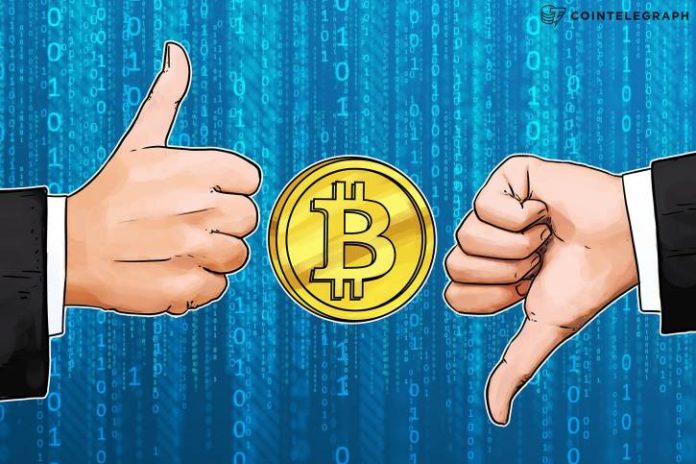 Mere days after his first public attack on Bitcoin (BTC) as a “scam,” former PayPal CEO Bill Harris has said that crypto traders are “drinking the Kool-Aid” in an apparent reference to the Jonestown Massacre of 1978, when more than 900 people died after purposefully ingesting Kool-Aid laced with poison at their cult leader’s behest, CNBC reports today, April 27.

Harris has not been enjoying a lot of media presence before this week’s two appearances – his Twitter shows his last tweet was from August of last year. Instead, after being ousted as CEO of PayPal in 2000 one month after the merger between X.com and Coinfinity that created the entity, Harris founded and ran the financial advisory company Personal Capital from 2009 until present day.

Harris confusingly appears enthusiastic about the future of digital money, while maintaining that Bitcoin doesn’t fit the bill due to its volatility. Harris told CNBC that he “absolutely believe[s] that money should be digital, is becoming more digital, and will be completely digital but it doesn’t mean we need a new currency to record that,”

“There’s no reason that a new currency should instantly have billions of dollars in value.”

In an apparent comparison of his own autograph to the digital scarcity of Bitcoin, with no regard for the actual utility of either, Harris told CNBC:

“My autograph is scarce, I can promise that I will never autograph a piece of paper more than 21 million times but it doesn’t make it valuable.”

Harris calls Blockchain, the technology behind most cryptocurrencies, “terrific” but he underlined again to CNBC that a “new currency” is not needed to accompany the new technology:

“There’s the currency like bitcoin then there’s the technology, blockchain technology has terrific applications, including financial transactions but we don’t need a new currency to do it.”

PayPal’s current CEO Peter Thiel is bullish on Bitcoin, last month describing the currency as “a hedge against the whole world falling apart.”