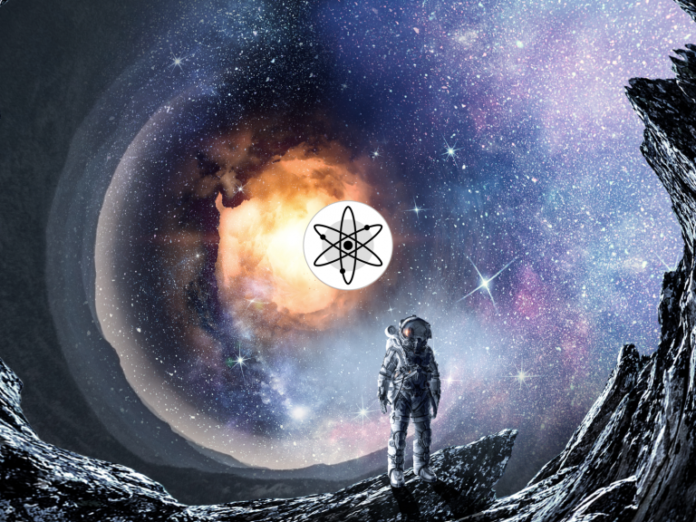 In Friday’s edition of the daily, we begin by examining the rise of Cosmos, which in terms of sheer hype and expectation is this month’s Grin. We also check out anonymous crime reporting system Intelli Network and consider Bittrex International’s decision to cancel its first token sale hours before it was scheduled to start.

Cosmos Whips the Cryptosphere Into a Craze

The Cosmos network is only a few days old and already it’s the hottest ticket in town. 20,000 blocks have been produced so far, with an average block time of six seconds. The only number that’s captivated the investor community, however, is the price of its ATOM token. Poloniex is in the process of adding Cosmos’ native token to its exchange, but meanwhile, it’s trading on other platforms as futures. With atoms on some exchanges trading for close to $19, ICO participants are on course to make a cool 200x on their 2017 investment. The proof-of-stake Cosmos network, whose Tendermint algorithm has formed the basis of Binance’ new DEX, aims to connect blockchains and provide full interoperability between BTC and other assets.

Intelli Network, an Ethereum dapp, has shared details of its crime-gathering network. The project aims to enhance public safety by facilitating the sharing of intelligence tools, with a focus on crowdsourced tips that can be provided anonymously and viewed by anyone. It aims to overcome the black box problem in which crime reports are normally submitted by the public, who are then left in the dark as to whether the incident has been investigated and resolved. The Canada-based Intelli Network is backed by the Calgary Innovation Coalition, an organization that supports entrepreneurs and startups in the region. On March 14, Bittrex International called off its maiden token sale hours before it was set to go ahead. In a statement, the exchange explained that “Trust and integrity are our most valuable assets … We decided to cancel the IEO as a result of significant changes in the business status of RAID. Specifically, a few hours ago, OP.GG terminated its strategic partnership with RAID, which was a vital part of the RAID project. When Bittrex International became aware of this significant event, we did not feel that it was in the best interest of our customers to move forward with the IEO.”

In an unambiguously worded statement, OP.GG explained: “There will be no economic and technical cooperation with RAID coin. In addition, OP.GG has no intention of developing any blockchain related business utilizing RIOT GAMES data. OP.GG will take all possible legal measures against individuals or organizations disseminating false facts related to this.”

With the United States government threatening to prohibit payment companies from processing transactions in Venezuela, citizens may be forced more...