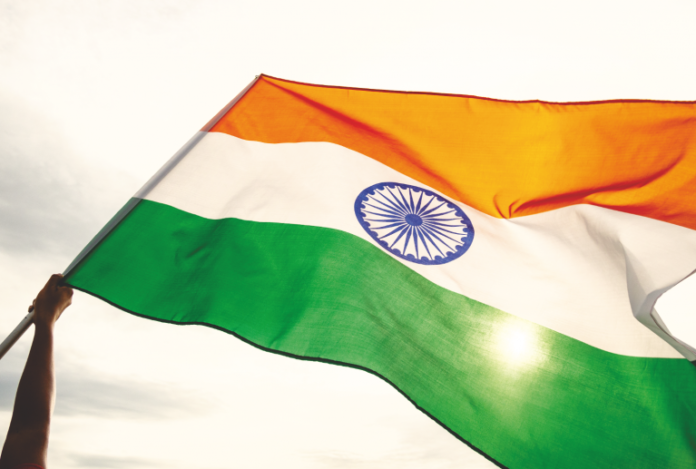 The Indian government has submitted a draft crypto bill to the supreme court and expressed its intention to introduce the bill in the next parliament session. The court subsequently set a new date to hear the case relating to crypto regulation. Meanwhile, the Indian crypto community has ramped up efforts to influence the government’s final decision on the country’s crypto policy.

The Indian government has been deliberating on the crypto report submitted by an interministerial committee (IMC) tasked with studying all aspects of cryptocurrencies and providing recommendations. The report containing a draft crypto bill was made public on July 22 but the bill has yet to be introduced in parliament.

During Thursday’s supreme court hearing of the crypto case, the government unveiled its plan regarding the bill. Financial Express publication reported that the government informed the court that the IMC has recommended a “complete ban on private cryptocurrencies” in India, adding:

The Banning of Cryptocurrency and Regulation of Official Digital Currency Bill, 2019, will be introduced in parliament in the next session.

An Indian platform for crypto regulatory news and analysis, Crypto Kanoon, reported that the government requested the court to adjourn the crypto case until “January as it intends to introduce the bill in parliament in [the] winter session.”

While the Indian government intends to introduce this bill, Nischal Shetty, CEO of local exchange Wazirx, emphasized that it is not set in stone as the crypto community in India is working tirelessly to convince the government that the bill is flawed. “I’m sure such a rough draft bill which does not even classify crypto properly will not be presented in parliament,” he opined. Even though the supreme court postponed hearing the petitions relating to India’s crypto regulation, it heard the writ petitions against the banking restriction by the Reserve Bank of India (RBI) in some detail on Thursday. News.Bitcoin.com previously reported on the RBI hearing which will resume on Aug. 14. As for the petitions concerning the crypto regulation, the court is expected to hear the case in January next year.

Constituted on Nov. 2, 2017, under the chairmanship of former Secretary of the Department of Economic Affairs Subhash Chandra Garg, the IMC has representation from the Ministry of Electronics and Information Technology, the RBI, the Securities and Exchange Board of India, and Central Board of Direct Taxes.

The committee met three times before submitting its crypto report and draft bill to the Ministry of Finance. The report itself is dated Feb. 28. “The committee has recommended a law banning the cryptocurrencies in India and criminalizing carrying on of any activities connected with cryptocurrencies in India,” the report reads. Among other prohibitions, the bill states that “No person shall mine, generate, hold, sell, deal in, issue, transfer, dispose of or use cryptocurrency in the territory of India.” News.Bitcoin.com previously reported on the content of this bill. The finance ministry has confirmed that the report is being examined by relevant regulators. However, Finance Minister Nirmala Sitharaman recently admitted that she had not spent time on the report but saw a presentation on it and thought that it was a “very futuristic and well-thought-out report.”

Since the public release of the IMC report, the Indian crypto community has ramped up efforts to help the government see how flawed the report is, pointing out many areas that indicate the lack of understanding of cryptocurrency and its underlying technology on the IMC part.

Sathvik Vishwanath, CEO of local crypto exchange Unocoin, told news.Bitcoin.com that, to his knowledge, there was never any invitation from the government to industry stakeholders to discuss the drafting of this bill. “In the draft bill, there are many major flaws,” he expressed. “They have a wrong understanding of the technology and usage of crypto assets.” Shetty has been running a social media campaign called “India Wants Crypto” which has entered its 282nd day.

“We’re doing everything we can on our end to ensure that the government involves the stakeholders,” he shared with news.Bitcoin.com Friday. “I’m confident the government will set up a standing committee first (even the IMC report recommends that). If the standing committee is set up, we’ll see deeper industry participation and this will lead to a more comprehensive and well-planned crypto regulation in India.”

Elaborating that “Behind the scenes, we’re meeting elected representatives from all over the country,” he added:

We want to ensure that our leaders hear our point of view since this whole ban narrative has been created due to a misunderstanding that crypto is here to replace INR. Crypto is more an asset and utility and that’s the biggest use case currently prevalent in India.

Sumit Gupta, CEO of local crypto exchange Coindcx, also shared some thoughts with news.Bitcoin.com Friday. “We are hopeful that the government will consider the case presented by the crypto community and will make an informed decision that is in the best interest for the country,” he believes. “The Indian crypto community is actively working on sharing across our points to government officials for informed decision making.”

Further, many think that the Indian government should take into account more recent crypto developments since the report was drafted such as the crypto guidance by the Financial Action Task Force (FATF) and the G20 meetings where India and the finance minister independently declared their commitments to applying the FATF standards.

Sohail Merchant, CEO of local crypto exchange Pocketbits, announced on Aug. 3 that he had sent a letter to the finance minister along with a “crypto 101 kit” on behalf of the crypto community in India. “The negative public perception of crypto needs to be changed with facts,” he tweeted.

In his letter, Merchant pointed out that the IMC’s ban recommendations “are based on the premise that cryptocurrencies lack the characteristics of currency hence cannot be legal tender” and that “their usage for payments could compete with the use of INR, which could lead to less control over monetary policy.” However, Merchant argued that “the community has not requested crypto assets to be regulated as legal tender or currency,” reiterating:

Our request to be considered is that crypto assets can be classified as a commodity or an asset; it is a store of value. As Indian citizens, we want to exercise our right to trade and commerce, which was granted to use by The Constitution of India.

Banning Not a Solution

The Indian crypto community has been trying to convince the government that banning cryptocurrencies is not a solution. “If the ban comes into effect, the black market will continue to thrive. It will be the common man, compliant businesses, and innovators building upon these protocols that will be affected,” Merchant wrote in his letter to the finance minister. “If a standing committee is constituted to deliberate on regulating crypto assets, we as an industry are willing to work along and help draft a framework,” he offered.

His letter echoes a statement issued on July 31 by The Indian National Association of Software and Services Companies (Nasscom) regarding the banning of crypto assets. Nasscom is a non-profit information technology industry association self-described as “the apex body for the 154 billion dollar IT BPM industry in India.” Among its initiatives, the group “Liaisons with government and industry to influence a favourable policy framework,” its website states. The association said it believes the recent IMC proposal “to ban all cryptocurrencies, barring those that are backed by the government, is not the most constructive measure. Instead, the government should work towards developing a risk-based framework to regulate and monitor cryptocurrencies and tokens.” This suggestion is in line with the guidance for a risk-based approach to crypto assets and service providers issued by the FATF for in June.

Emphasizing that “A ban would inhibit new applications and solutions from being deployed and would discourage tech startups” and “would handicap India from participating in new use cases that cryptocurrencies nad tokens offer,” Nasscom reiterated that “A ban is more likely to deter only the legitimate operators as they have no intent to be non-compliant.”

We cannot close the door on new technologies. We need to learn, experiment and create the right regulatory frameworks to get the best out of these technologies. Banning is not the answer.

Do you think the Indian crypto community will succeed at convincing the government to introduce positive crypto regulation instead of a ban? Let us know in the comments section below.

Satoshi Nakamoto’s Bitcoin technology has inspired a lot of innovation spawning a myriad of tokens representing digitized assets. There are...