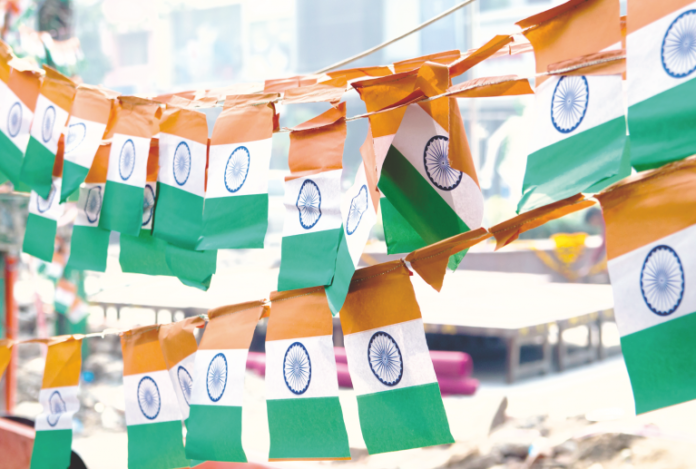 The Indian government has finally spoken up about the regulatory framework for cryptocurrency it has been deliberating, providing answers to questions presented in the upper house of the Parliament of India. The government also confirmed that the report with the recommended crypto regulation has already been submitted by the interministerial committee tasked with drafting the regulation.

Crypto Not Prohibited in India

At a sitting on July 16 of the Rajya Sabha, the upper house of the Indian Parliament, five questions were directed at the Minister of Finance by Parliament member Shri Dharmapuri Srinivas regarding the “Prohibition of cryptocurrency” in India.

The set of questions begins with: “Will the Minister of Finance be pleased to state: (a) whether [the] government has prohibited cryptocurrency in the country; (b) if so, the details thereof.” A document containing answers to these questions started circulating on social media Thursday. It shows that the answers were provided on July 16 by Shri Anurag Singh Thakur, Minister of State in the Ministry of Finance.

The next two questions request information regarding “(c) whether [the] government has taken note about [the] prevalence of cryptocurrency in the country; (d) if so, the details thereof.” The Minister of State replied:

Taking note of the issue, the government has constituted an interministerial committee (IMC) under the chairmanship of Secretary (DA). The IMC has submitted the report to the government.

The interministerial committee tasked with studying all aspects of cryptocurrency and providing a recommended crypto regulatory framework is headed by Secretary of Economic Affairs Subhash Chandra Garg who is also the country’s finance secretary. The committee has representation from the Ministry of Electronics and Information Technology (Meity), the Reserve Bank of India (RBI), the Securities and Exchange Board of India (SEBI), and the Central Board of Direct Taxes (CBDT).

The last question requests information on “(e) the action taken against the persons who are responsible for running the cryptocurrency in the market?” The Minister of State answered:

Presently, there is no separate law for dealing with issues relating to cryptocurrencies. Hence, all concerned departments and law enforcement agencies, such as RBI, Enforcement Directorate and Income Tax authorities, etc. take action as per the relevant existing laws. The minister continued: “Similarly, police/courts take action on IPC offences. Further, in view of the risks and dangers associated with cryptocurrencies, [the] government and RBI have been issuing advisories, press releases and circulars to the public.”

Besides public warning notices regarding the risks of investing in cryptocurrencies, the central bank has issued a circular banning regulated entities from providing services to crypto businesses. The ban went into effect on July 6 last year.

On July 8, Minister Thakur also answered some questions in Lok Sabha, the lower house of the Indian Parliament, about whether there is a plan to ban cryptocurrency in India. “Will the Minister of Corporate Affairs be pleased to state: (a) whether the government has any proposal to ban cryptocurrency in India,” Parliament member S. Gnanathiraviam asked.

At that time, Minister Thakur stated that “The issue of permitting trading in cryptocurrencies is currently under examination” by the aforementioned interministerial committee. He then repeated the answers his ministry provided Lok Sabha on Dec. 28 last year:

In absence of a globally acceptable solution and the need to devise technically feasible solution, the department is pursuing the matter with due caution. It is difficult to state a specific timeline to come up with clear recommendations. In response to the banking restriction imposed by the RBI, a number of industry participants filed writ petitions to challenge the ban. The Indian supreme court is scheduled to hear the case on July 23.

The court was originally set to hear all the writ petitions against the RBI ban in September last year, but it continually postponed hearing the case in full. Meanwhile, the banking restriction continues and at least four crypto exchanges in India have had to shut down for this reason. Zebpay, formerly one of the largest crypto exchanges in the country, closed its Indian exchange operation in September last year. Coindelta followed suit in March, and Coinome made a similar announcement in May. Last month, Koinex also decided to shut down its exchange. In February, the Indian supreme court gave the government four weeks to submit the report containing the crypto regulation recommended by the Garg committee. However, when the time was up, the court adjourned without addressing this matter.

Since the Indian government has been tight-lipped about its recommended legal framework for cryptocurrency, rumors of what the Garg committee’s report entails are rampant. In particular, the Banning of Cryptocurrency and Regulation of Official Digital Currency Bill 2019 has been heavily cited by the media such as The Economic Times and Bloombergquint. Among others, the bill proposes prohibition of a range of crypto activities.

However, experts have analyzed the bill’s content and agreed that, if this is the bill recommended by the Garg committee, it is nowhere near final. News.Bitcoin.com recently provided experts’ analyses and comments on this bill, as well as a preliminary analysis of its original leaked content. “This document cannot be claimed as the final recommendation of the expert committee to the Ministry of Finance. The document contains no mark of authentication on it nor it has come out from any official source,” Advocate Mohammed Danish, co-founder of Crypto Kanoon, an Indian platform for blockchain and crypto regulatory news and analysis, told news.Bitcoin.com. Varun Sethi, founder of Blockchain Lawyer, shares a similar sentiment. “This looks like a very very rough draft of a proposed bill,” he opined, adding that it might just be “a random discussion paper and it may not actually become [a] bill in the same manner and mode in which this has been stated.”

Impact of G20 and FATF on India’s Crypto Regulation

Garg said that his committee’s report with the recommended crypto framework for India was ready in early June, a week before he attended the G20 Finance Ministers and Central Bank Governors Meeting in Fukuoka, Japan, on June 8 and 9.

Both Garg and India’s new finance minister, Nirmala Sitharaman, attended the meeting where all G20 finance ministers and central bank governors jointly declared their commitments to applying the crypto standards set by the Financial Action Task Force (FATF), an intergovernmental standard-setting body in areas such as money laundering. The FATF released its updated guidance for crypto assets on July 21, almost two months after Garg said his committee’s report was ready.

Furthermore, during the G20 leaders’ summit in Osaka, Japan, Indian Prime Minister Narendra Modi and leaders of the other G20 nations jointly declared their commitments to applying the FATF standards.

The G20 meetings this year were hosted by Japan, where cryptocurrency has been legalized as a means of payment since April 2017. Crypto exchanges in the country are regulated by the Financial Services Agency (FSA), which has so far approved 19 of them to legally operate in the country.

How do you think India will eventually regulate cryptocurrency? Let us know in the comments section below.

Images courtesy of Shutterstock and the Japanese government.

Tom Lee Is Afraid Trump will Institute a Bitcoin Ban

Fundstrat Lead Analyst Thomas Lee shared his worst nightmare on Twitter and it involved the U.S. President placing a ban...