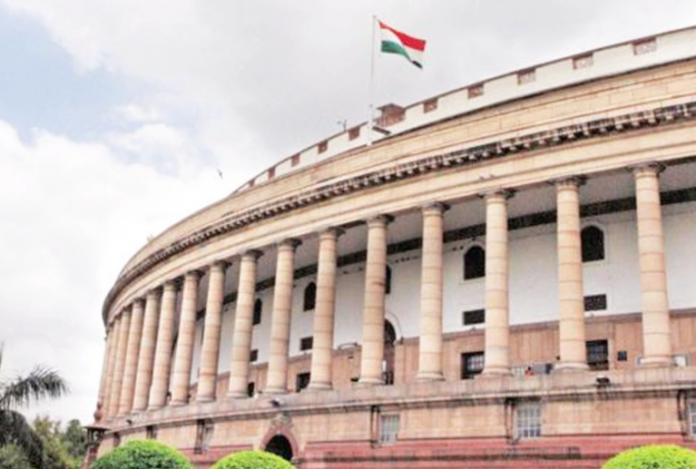 The Indian government previously told the supreme court that the country’s cryptocurrency bill may be introduced in the Winter session of parliament. However, the crypto bill is not included in the agenda published by Lok Sabha, the lower house of India’s parliament. This gives the community a sigh of relief as many have been campaigning to convince the government to reevaluate the bill.

The government of India has been deliberating on a draft bill entitled “Banning of Cryptocurrency & Regulation of Official Digital Currency Bill 2019.” The government told the country’s supreme court in August that this bill may be introduced in the Winter session of parliament. However, Lok Sabha, the lower house of the Indian parliament, published the agenda for the Winter session on Thursday which does not include the cryptocurrency bill. Sohail Merchant, CEO of local crypto exchange Pocketbits, remarked on Friday:

Draft bill for banning of crypto is not on the agenda for [the] parliament Winter session. Relief for now, but use this time to come together and present our case to the regulators.

The Winter session starts on Nov. 18 and ends on Dec. 13. Nischal Shetty, CEO of Wazirx crypto exchange, tweeted: “Great news for the crypto ecosystem of India. The draft crypto banning bill will not be included in the upcoming parliament session of November 2019. Great to see [the] Indian government not rushing into this. They’re listening.”

The bill to ban all cryptocurrencies except state-issued ones was drafted by an interministerial committee (IMC) headed by former Secretary of the Department of Economic Affairs Subhash Chandra Garg. It was submitted to the Ministry of Finance in February and made public in July. Following the government’s indication that it planned to introduce this bill in the Winter session of parliament, the supreme court postponed hearing all writ petitions relating to the country’s crypto policies to January next year.

Since the bill was made public, the Indian crypto community has been tirelessly campaigning for the government to reconsider the recommendations, emphasizing that the bill is flawed. Pocketbits’ CEO also urged all stakeholders in the crypto industry to “Forget competition/ego & echo our thoughts with a single voice.”

A number of crypto stakeholders gathered earlier this month at an event called “Unwind With Crypto.” It was hosted by local crypto exchange Coindcx. The exchange described that the goal of the meeting was to “bring all the important stakeholders in the crypto industry together and build a stronger global community.” Noting that “The event was attended by the pioneers of the crypto and the blockchain industry who have taken India’s crypto competence to the global stage,” the exchange revealed that attendees included representatives from Crypto Kanoon, Matic Network, Marlin Protocol, Woodstock Fund, Cashaa, Hard Fork, as well as top exchanges including Wazirx and Delta.

Crypto Kanoon’s Kashif Raza commented, “It is unfortunate that despite our community’s utmost efforts, the central bank still seems confused regarding the widespread power of crypto assets.”

“The members attending committed to having a larger discussion and engage more in the weeks to come,” Coindcx CEO Sumit Gupta told news.Bitcoin.com. “A set of more meetings have been planned to decide the modus operandi. Another event that we are planning is around engaging with the journalists in the finance and business domain to present a fair picture.” Confirming that the next meeting is scheduled for December, he elaborated:

All members present committed time for more such meetings and a lot of backdoor meetings are already underway.

Meanwhile, Shetty has been running a social media campaign calling for positive crypto regulation which he started 379 days ago. Furthermore, the supreme court is scheduled to hear the writ petitions challenging the banking restrictions by the central bank, the Reserve Bank of India (RBI), on Nov. 19.

A recent prediction by veteran trader, Elixium, warns that Bitcoin is at a major risk of seeing yet another price...