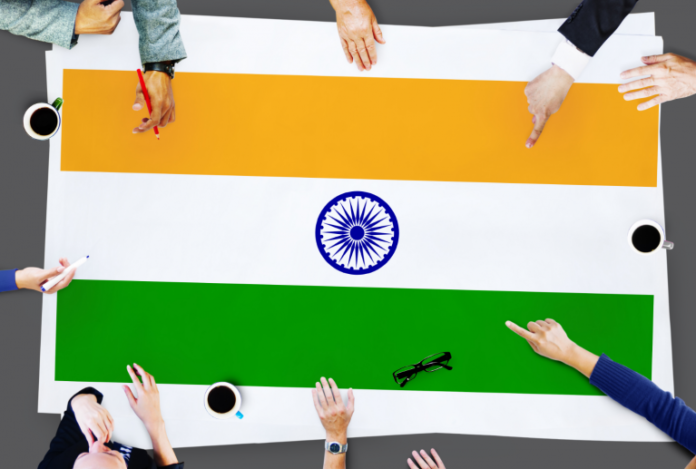 The Indian crypto community has made progress towards influencing the government’s crypto policies. Some industry leaders have met with an influential lawmaker who has agreed to help bring about positive crypto regulation in the country.

Since the Indian government published the draft bill to ban cryptocurrencies, the crypto community has united to convince lawmakers that the bill is flawed in hope that positive regulation will be introduced instead. This week, the community has made notable progress, as its efforts have caught the attention of an influential member of parliament (MP). Representing the state of Karnataka, Rajeev Chandrasekhar is a member of Rajya Sabha, the upper house of the parliament of India, and the ruling Bharatiya Janata Party (BJP). Chandrasekhar met with some crypto industry leaders and stakeholders on Monday. Among those he met with was Nischal Shetty, CEO of local crypto exchange Wazirx, who told news.Bitcoin.com:

He’s agreed to help us with the case for blockchain and crypto innovation in India.

“He’s given us some great guidance on how to approach positive regulations,” the CEO recalled, emphasizing that “It’s a good step forward” for the “India Wants Crypto” campaign, which he started 320 days ago. The campaign, which calls for positive crypto regulation in India, is growing in supporters every day. As of Sept. 16, the hashtag “Indiawantscrypto” has been tweeted and retweeted over 56,600 times.

An entrepreneur with experience in technology, finance, and the economy, Chandrasekhar founded BPL Mobile in 1994 and Jupiter Capital in 2005. He was elected to the Rajya Sabha in 2006 to represent Urban Bengaluru, after serving on several committees including the Prime Minister’s Council on Trade and Development. He has also been on various parliamentary committees including defense, finance, telecom, urban development, GST, and real estate. Additionally, he has advocated and intervened on a number of issues including governance, regulatory reforms, policymaking, institution building, freedom of speech, net neutrality, privacy, the protection of children, and national security. “He understands blockchain and crypto and how they’re innovative technologies,” Shetty remarked. Ecstatic that Chandrasekhar is helping to bring about positive crypto regulation in India, he opined:

Massive win for us. Especially since he’s been a leader for achieving net neutrality in India previously.

As for the next step, “he’ll help us connect with more leaders who can be helpful in this cause. He’s going to help and guide us … We’re going to be setting up some meetings next month with his help,” Shetty shared with news.Bitcoin.com. The MP has previously explained that he has the ability to create documents with the industry’s inputs and have them “presented either in parliament or to the government.”

To effectively convince lawmakers, a survey has been set up by a group of crypto enthusiasts for Indian crypto users to participate. Noting that “some analytical data would help us present better instead of just statistics,” Sathvik Vishwanath, CEO of local crypto exchange Unocoin, asserted that the “Crypto community in India has … another chance to get their voices heard.” Vishwanath also met with Chandrasekhar on Monday.

India Should Not Sit on the Sidelines

During Monday’s meeting, Chandrasekhar also discussed how India should take action to not fall behind other countries. Shetty conveyed the MP’s opinion to news.Bitcoin.com, stating:

When other countries are innovating in this technology, India cannot be sitting on the sidelines.

The Indian government is currently deliberating on the draft bill entitled “Banning of Cryptocurrency and Regulation of Official Digital Currency Bill 2019.” It was submitted by an interministerial committee (IMC) tasked with studying all aspects of cryptocurrencies and providing recommendations. The committee was constituted under the chairmanship of former Secretary of the Department of Economic Affairs Subhash Chandra Garg. The 108-page IMC report containing the aforementioned draft bill is dated Feb. 28 but was made public on July 22. The Indian government has told the country’s supreme court that this bill may be introduced in the next parliament session.

Prior to drafting the crypto bill, the IMC studied the regulatory approaches to cryptocurrencies of a number of countries ⁠— Russia, China, Switzerland, Thailand, Japan, the U.S. (New York), and Canada.

Among them, China has taken the toughest stance against cryptocurrencies. While the report states that “Countries like China have completely banned virtual currencies. It does not allow any sort of legal transactions in virtual currencies,” holding crypto is not banned, however. In addition, bitcoin has since been legally recognized by a Chinese court as digital property.

In the U.S., several regulators oversee the crypto industry. While evaluating several proposed rule changes for bitcoin exchange-traded funds (ETFs), the Securities and Exchange Commission has green-lighted some token offerings. The Commodity Futures Trading Commission has allowed several companies to offer bitcoin derivatives. Each regulator has its own guidelines for crypto assets including the Internal Revenue Service and the Financial Crimes Enforcement Network. Some U.S. states also accept cryptocurrency for tax payments. Another country the IMC studied was Russia, which is slowly progressing towards finalizing its crypto regulation. The government has drafted a few crypto-related bills, incorporating FATF’s recommendations. President Vladimir Putin has repeatedly directed the government to finalize the country’s regulatory framework for crypto assets.

The IMC also studied Switzerland, one of the most crypto-friendly countries, home to cities such as Zug which has attracted many crypto businesses.

Also highlighted in the IMC report is the regulatory approach of Japan, the country at the forefront of crypto regulation, having legalized cryptocurrency as a means of payment back in April 2017. The country’s top financial regulator, the Financial Services Agency (FSA), has approved 20 crypto exchange operators, and over 110 companies have expressed interest in market entry. The agency regularly holds meetings to discuss crypto regulation with industry experts and stakeholders. A new crypto bill has been passed and will go into effect next year. Japan also has a self-regulatory body, which works closely with the FSA. Another country the IMC looked at which has adopted positive crypto regulation was Thailand. The Thai government started regulating crypto assets in May last year and has legalized four cryptocurrencies to trade against the Thai baht. Since the regulators started licensing crypto service providers earlier this year, five exchanges, three brokers, one dealer, and three ICO portals have been approved.

There are also other crypto-friendly countries the IMC did not examine. For example, catching up to Japan is the Philippines, which also started regulating its crypto industry in 2017. The country’s central bank, Bangko Sentral ng Pilipinas, has registered 13 crypto exchanges so far. The Philippines also has a special economic zone called the Cagayan Economic Zone Authority (CEZA), which has independently licensed 37 offshore crypto exchanges as of June. Portugal is another country that has emerged as the crypto hub due to its attractive tax regimes. Recently, the Dutch central bank announced that it will soon start regulating crypto service providers.

Furthermore, some laws pertaining to cryptocurrency have changed worldwide since the IMC report was compiled. In June, the Financial Action Task Force (FATF) released its new guidance for crypto assets and service providers, and the G20 countries, including India, met and declared their commitments to following the FATF standards on crypto assets.

Despite examining several countries with positive crypto regulations, the IMC still recommended a blanket ban on cryptocurrencies for India. Meanwhile, the country’s supreme court is scheduled to resume hearing the writ petitions against the RBI ban on Sept. 25. The court will hear the case relating to the government’s crypto policies in January next year.

What do you think of the Indian parliament member helping the crypto community? Do you think the community can successfully influence the government’s crypto policies? Let us know in the comments section below.