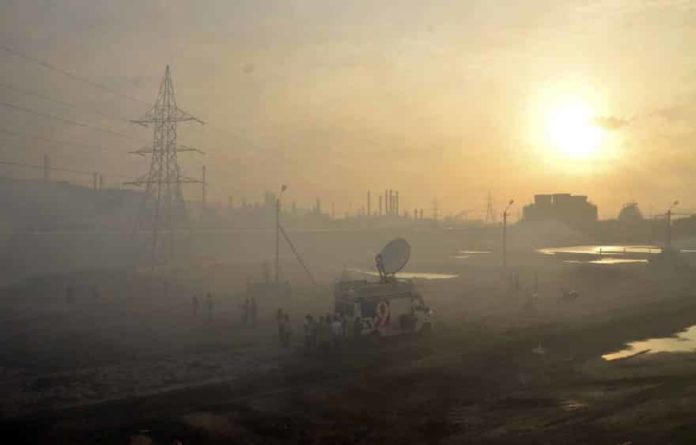 The rise of cryptocurrency into mainstream fintech and pop-cultural spheres has created some interesting and unexpected trends with it–blockchain-based virtual pets, crypto-themed J-pop groups (see: ‘Virtual Currency Girls’), and meme-themed coins. It’s not all fun and games, however–crypto-related crimes have spread off of the internet and into the physical world. A wave of armed crypto robberies has seemingly been gaining momentum.

Some of the most serious of these types of crimes has been taking place in India in recent months. The culprits in the latest case? Indian police officers.

Join our Telegram channel and get all the latest cryptocurrency news directly to your phone!

As recently as Sunday, April 9th, Director of India’s Crime Investigation Department (CID), Ashish Bhatia, revealed that two policeman (Babu Der and Vijay Vadher) had been arrested in connection to a violent kidnapping and extortion plot that resulted in the theft of more than $1 million in stolen crypto.

According to a Bitcoin.com report, the eight other law enforcement officers who have been named as co-conspirators in the crime have “gone underground.”

Sputnik News reported that this is the second incident of this kind in the same part of India within a month. Previously, “on March 11, two policemen — Anisuddin Saiyed and Chintan Shah were arrested for abducting a businessman and demanding ransom from him in bitcoins.”

The officers have been accused of kidnapping three individuals, including renowned businessman Shailesh Bhatt. The officers took the men to a farm in a remote location, beat them, and forced them to transfer 200 Bitcoins (worth roughly US$1.37 million or INR₹89,132,040 at press time.)

The report also listed several other incidences that have occurred throughout the country over the last year. “Last June, a group of six people [were] arrested on the charge of abducting and demanding ransom in bitcoins from a businessman in the northern city of Mohali. In September, police had arrested six other persons for kidnapping, beating and robbing a New Delhi businessman who had gone to meet them in order to pay for Bitcoin in cash.”

While Bitcoin is not quite as anonymous as most people seem to think that it is, the currency’s association with criminal activity and privacy make it an attractive option for thieves.

When using Bitcoin, “you can preserve your privacy as long as the pseudonym is not linked to you. But as soon as somebody makes the link to one of your anonymous books, the ruse is revealed. Your entire writing history under your pseudonym becomes public,” reads a report from the MIT technology review.

The digital wallets of the victims of the latest crypto-related robbery in India will be “scrutinized” to find evidence that may lead officials to other individuals involved in the crime.