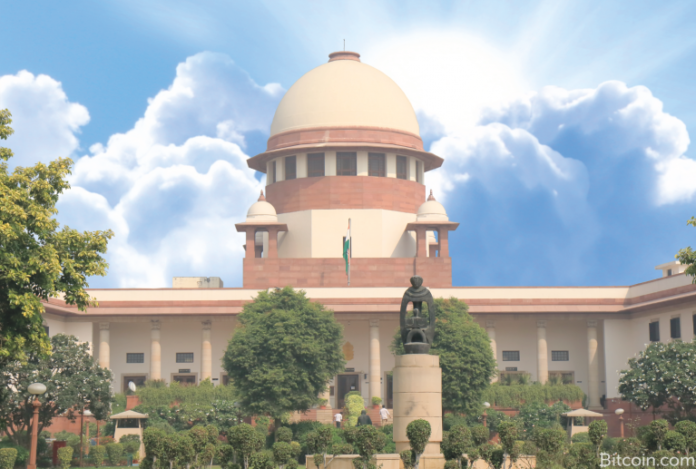 The Supreme Court of India has set a new date to hear the crypto case. News.Bitcoin.com has learned what happened in the latest hearing when the government was expected to deliver crypto regulation and why the case was adjourned within minutes.

During the hearing on Friday, India’s supreme court was expected to hear about the country’s crypto regulation from the government as well as address the petitions against the banking restriction by the central bank, the Reserve Bank of India (RBI). However, the court adjourned without much progress on either matter.

News.Bitcoin.com talked to lawyer Jaideep Reddy on Tuesday who was at the hearing about what actually happened. He represents the Internet and Mobile Association of India (IAMAI), on behalf of Nishith Desai Associates, in its writ petition against the RBI ban. “The matter started with a counsel for the respondents asking for a passover of the matter (i.e., for the matter to be heard at the end of the list for the day). However, the Bench stated that the matter should be heard and that a passover would not be entertained,” Reddy explained. “The respondents are both the government and the RBI, among others,” he clarified. Regarding the banking restriction, he detailed:

Mr. Gopal Subramanium, Senior Advocate for IAMAI, stated to the Bench that this is a matter of high importance and should be heard at length. The counsel for the respondents then asked for the matter to be heard on a non-miscellaneous day … The Bench accepted this request and has now ordered that the matter be heard on July 23, which is after the court’s summer vacation.

Reddy also noted that “Mondays and Fridays are ‘miscellaneous’ days of the supreme court and the present matter is considered to be of a ‘non-miscellaneous’ nature.” The recently released court order from Friday’s hearing confirms the new date. “Upon hearing the counsel the court made the following order … List the matter on 23rd July, 2019,” the order shows. During the February hearing, the Indian supreme court gave the government four weeks to come up with crypto regulation. However, Reddy shared with news.Bitcoin.com Tuesday:

The hearing only lasted for a few minutes and this [crypto regulation] did not come up, given that the case was adjourned.

India’s regulatory framework for cryptocurrencies is being drafted by an interministerial committee headed by Subhash Chandra Garg, Secretary of the Department of Economic Affairs, Ministry of Finance. The government’s counsel previously told the supreme court that this committee was in its final stages of deliberations. Meanwhile, the banking restriction which went into effect in July last year has put the Indian crypto industry in limbo.

Zebpay, formerly one of the largest crypto exchanges in the country, shut down its exchange operations in India last September due to the banking problem. Another major crypto exchange, Unocoin, launched a cash kiosk last October to allow its users to deposit and withdraw INR. However, law enforcement mistook the machine as an ATM that violated the RBI ban and arrested two of the company’s founders.

On Sunday, 18-month-old crypto exchange Coindelta announced that it had to terminate service after suffering from the banking restriction over the past six months.

Do you think the Indian supreme court will lift the RBI ban in July? Let us know in the comments section below.

Load The FUD: Is Bloomberg Intentionally Ignorant When It Comes to Bitcoin?

Bloomberg Opinion’s Europe columnist isn’t buying the Bitcoin price pump, and he thinks you shouldn’t either — but what’s he...