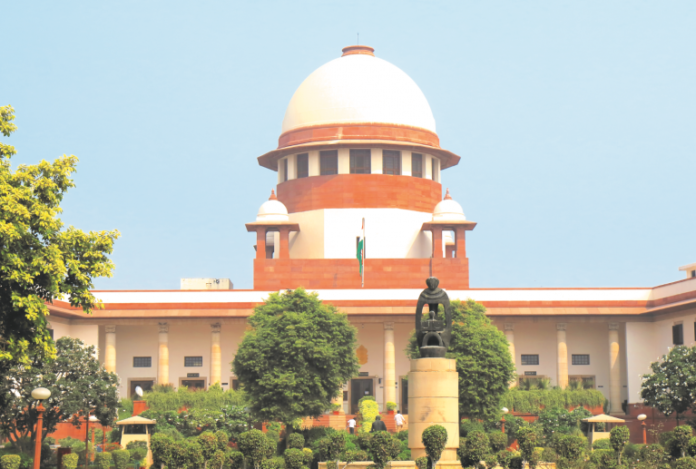 The Indian supreme court has set a new date to hear the crypto case that was originally scheduled to be heard on July 23. The court is expected to address the writ petitions against the RBI banking restriction as well as the government’s report and the recently released draft crypto bill.

The Indian supreme court has rescheduled hearing the crypto case, originally scheduled for July 23 but was not heard on that date. The court is expected to address the writ petitions against the central bank’s crypto restriction as well as the report by the interministerial committee with recommended crypto measures and draft crypto bill. On July 24, the court set a new tentative date of Aug. 2, which it has yet to confirm.

It has been a long struggle for the Indian crypto community since the Reserve Bank of India (RBI) issued a circular in April last year banning regulated financial institutions from providing services to crypto businesses. The ban went into effect in July last year and banks subsequently closed accounts of crypto exchanges.

Soon after the issuance of the circular, several industry stakeholders filed writ petitions to challenge the ban. The Indian supreme court was scheduled to hear all crypto-related petitions in September last year, but the case was repeatedly postponed.

Meanwhile, a number of crypto businesses have had to shut down due to the lack of banking access. At least four crypto exchanges fell victim of the ban. Zebpay, formerly one of the largest crypto exchanges in India, shut down its local exchange operations in September last year. Earlier this year, Coindelta announced its shutdown, followed by Coinome, and Koinex.

On June 24, Cryptokart exchange also announced that it is shutting down this month. Founder Gaurang Poddar explained that since the RBI ban took effect:

The general interest in crypto in India has tanked. Also since the government isn’t going to introduce any regulations and leave it grey for a while, it just makes any long term planning difficult.

The Indian government has been formulating crypto measures since 2017. A high-level interministerial committee was constituted on Nov. 2, 2017 to study all aspects of cryptocurrency and provide recommendations.

This committee is under the chairmanship of Finance Secretary and Secretary of Economic Affairs Subhash Chandra Garg. It comprises Shri Ajay Prakash Sawhney, Secretary, Ministry of Electronics and Information Technology; Shri Ajay Tyagi, Chairman, Securities and Exchange Board of India; and Shri B.P. Kanungo, Deputy Governor, Reserve Bank of India.

Garg himself said several times that the report was ready but it was never made public until now. On July 22, the finance ministry finally published this report on its website, but the report itself is dated Feb. 28. It contains a draft bill on cryptocurrency entitled Banning of Cryptocurrency & Regulation of Official Digital Currency Bill 2019. According to the report, “The mandate of the committee has been to study various issues pertaining to virtual currencies and to propose specific actions that may be taken in relation thereto.”

The committee met three times before publishing the report and draft bill on cryptocurrency ⁠— on Nov. 27, 2017; Feb. 22, 2018; and Jan. 9. Representatives of the Ministry of Corporate Affairs, the Central Board of Direct Taxes, and Ministry of Electronics and Information Technology also participated.

Following the publication of his committee’s report, Garg tweeted:

Committee is very receptive and supportive of distributed ledger technologies and recommends its widespread use in delivering financial services … Private crypto currencies are of no real value. Rightly banned.

Comments flooded his Twitter account in response, challenging many of his findings such as the definition of private cryptocurrencies. According to the minutes of the committee’s meetings, Garg was in favor of regulating cryptocurrency in the first meeting but changed his mind by the third meeting. The committee also recommends the government set up a standing committee. The Finance Ministry described:

As virtual currencies and its underlying technology are still evolving, the group has proposed that the Government may establish a Standing Committee to revisit the issues addressed in the report as and when required.

Crypto Currently Not Banned in India

While Garg’s tweet could be misconstrued that crypto is already banned in India, many people in the community were quick to point out that his committee has merely proposed a ban and the draft bill is not yet law. There are many steps this bill needs to go through before it becomes law.

The Indian government has also confirmed that cryptocurrency is currently not banned in the country. On July 16, Shri Anurag Singh Thakur, Minister of State in the Ministry of Finance, told Rajya Sabha, the upper house of Indian parliament, that the government has not prohibited cryptocurrency in the country. He additionally clarified that “Presently, there is no separate law for dealing with issues relating to cryptocurrencies. Hence, all concerned departments and law enforcement agencies, such as RBI, Enforcement Directorate and Income Tax authorities, etc. take action as per the relevant existing laws.”

Do you think the supreme court will delay hearing the case further? Let us know in the comments section below.

Poloniex Moved to Bermuda Due to US Regulations

Circle relocated the Poloniex exchange to Bermuda after received its digital asset license from the government. The exchange’s move is...