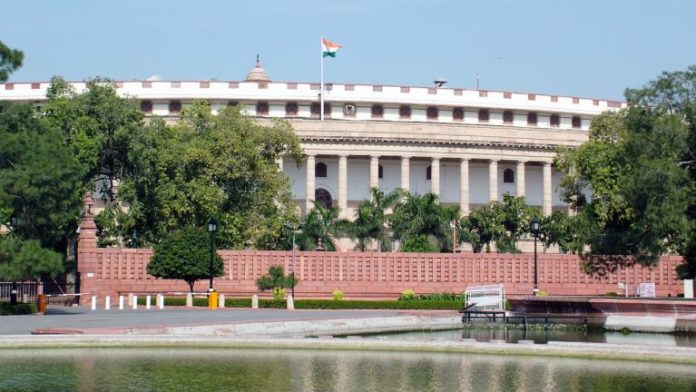 Despite much anticipation, the Indian cryptocurrency bill is not included in the list of bills to be introduced in the current session of parliament. Meanwhile, a new report of India’s government planning to ban cryptocurrency trading has emerged.

The Indian government has been deliberating on how it will treat cryptocurrencies in the country after a draft crypto bill was submitted by an interministerial committee headed by former Finance Secretary Subhash Chandra Garg last year.

The government originally said that it planned to introduce this bill in the Winter session of parliament last year. When that did not happen, there were reports suggesting that the crypto bill could be introduced in the Monsoon session, which started Monday and will continue through Oct. 1.

Tanvi Ratna, CEO of blockchain policy and regulatory advisory firm Policy 4.0, explained on Twitter Sunday that the Monsoon session of parliament was disrupted due to the covid-19 pandemic, adding:

Cryptocurrency ban legislation does not appear in the list of 45+ bills on the agenda for the 18-day session. This is big news, though this could change & there are other routes for govt.

The Indian government has not made any announcement regarding its plans for cryptocurrency, which has led to rumors and speculation. Several reports indicate that the government is planning to ban cryptocurrencies as outlined in the draft bill submitted by the Garg committee.

The latest crypto ban news was published by Bloomberg on Tuesday. The publication claims that India is planning “to introduce law to ban cryptocurrency trading.” Citing “people familiar with the development who asked not to be identified, citing rules on speaking with the media,” the publication wrote:

The bill is expected to be discussed shortly by the federal cabinet before it is sent to parliament.

“The federal government will encourage blockchain, the technology underlying cryptocurrencies, but is not keen on cryptocurrency trading, according to two people,” the news outlet added.

Since this is not the first time the Indian crypto community has had to deal with ban rumors, many people on Twitter were quick to point out that the sources of the news are anonymous, and previous ban rumors never materialized.

Furthermore, Crypto Kanoon co-founder Mohammed Danish previously explained that if the Indian government decides to pass a law to ban cryptocurrency in some ways, “this law can be challenged by crypto business, traders, or enthusiasts based on various rights available to them under the Constitution.”

Despite multiple ban reports, the cryptocurrency community in India firmly believes that the government will not impose a full ban on cryptocurrencies since much has happened since the Garg committee’s bill was drafted.

Earlier this month, Begin India Think Tank founder Deepak Kapoor explained that bitcoin and other cryptocurrencies could have the same legal status as stocks. In July, Garg himself said that “Crypto assets as commodities should be allowed,” even though he stood by his recommendation that “cryptocurrencies should be outlawed.” He has since retired from government service.

Do you think India will ban or regulate cryptocurrency? Let us know in the comments section below.