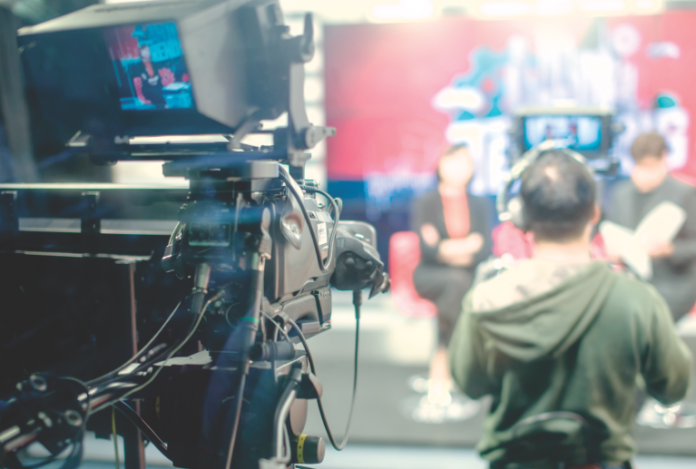 A crypto-focused television talk show is launching in India this month. Several crypto-related issues will be discussed on the show, both about India and abroad, including the “burning issue” of Indian regulation. News.Bitcoin.com talked to the host of the show to find out more details.

A Crypto Talk Show in India

A crypto TV talk show called Hard Fork is launching in India. According to the producers, the show “will dive deep into the issues of the sector, intricacies of the subjects, and outlook of the leaders from the world of blockchain and cryptocurrency.”

News.Bitcoin.com talked to Shantanu Sharma, the host of the show and founder of Incryptt Labs. His company conducts workshops, seminars, education programs and roundtable discussions on cryptocurrencies, blockchain and related technologies. He explained that the show is produced by media startup and TV channel Founderindia. Noting that it will be fully recorded and aired in English in an “in-conversation-with” format, he elaborated:

The channel along with the flagship show – Hard Fork will go on air on 22nd of April, 2019 … We are planning 10 episodes in the first season. “We are hoping to record enough content for at least 30 mins of episodes each,” Sharma detailed. Currently, the plan is to broadcast one episode per week but, based on “feedback from viewers, especially the community, we might increase the frequency,” he remarked. “We also plan to use the audio of all the shows for regular podcasts,” the host further noted.

The show will be aired on Amazon Fire TV and promoted through various social media platforms, the Incryptt Labs founder clarified. It will also be available on Youtube and Facebook.

Sharma also shared with news.Bitcoin.com some of the topics that are planned for the show. “We will touch upon several issues concerned with the sector,” he pointed out and proceeded to describe four areas he called the “broader vision” of the show.

Firstly, the team wants to “showcase to the world what we are doing in India in blockchain and cryptos.” They will also “be driving a learning and advocacy agenda,” Sharma detailed, emphasizing that they “want to excite people to look at this industry, adopt it, set up businesses in it, build talent for this industry.” The team also plans on “using this medium to bring forth people, their ideas, their work, their struggles and the challenges they face and how they are overcoming them.” Lastly, “There is this burning issue of legality and regulatory aspect we want to touch upon too,” Sharma opined. The show hopes “to showcase the Indian perspective” about the crypto industry, according to its announcement which also provides additional details of the topics that will be covered. They include “different blockchains, their pros and cons, bitcoins, altcoins, mining, products and other technology developments, investing, trading, and ICOs.”

Sharma also revealed that while the show will cover news from abroad:

A lot of the show will be about India … We will definitely touch upon the Indian regulation on the show – that is a hot topic and burning issue in the Indian crypto community.

India’s crypto regulation is being drafted by an interministerial committee headed by Subhash Chandra Garg, Secretary of Department of Economic Affairs, Ministry of Finance. The government’s counsel told the supreme court in February that this panel was in its final stages of deliberations. However, when it was expected to submit a report to the court on March 29, the court adjourned without addressing the matter until July 23.

What do you think of this talk show? Will you watch it? Let us know in the comments section below.

The software developer known as Deswurstes revealed last week a new project he’s been working on that allowed people to...