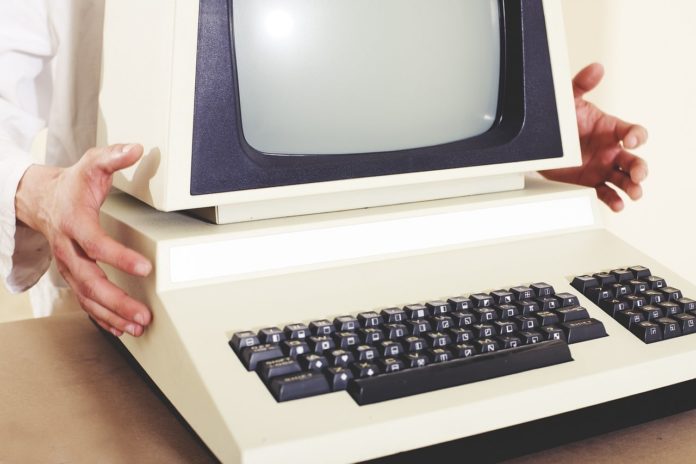 When Dinosaurs Roamed the Earth

The first computers to hit our desktops

The internet introduced a world where everyone could connect online. And then mobile phones connected everyone to everyone else no matter where they were at a given moment. Finally, things started to get interesting with a computer inside every machine.

The Internet of Things means exactly what the phrase says. Each thing–device, appliance, tool, vehicle, machine, whatever–contains a computer, and that computer connects to a network to transmit and receive information.

An Internet of Things Example

These computations provide a service to you, the customer. You get GPS to aid your travel decisions, and entertainment gets streamed in to make your journey more comfortable.

Information about traffic conditions helps you make optimal decisions about routes, and the system tells you diagnostic information on whether your vehicle has a problem you need to address.

The car company benefits in multiple ways as well. Gathering data from all customer vehicles, the company learns if a specific problem arises from a general class of product. The company identifies the source of the issue and responds to give you and other customers the highest quality products and services.

So What About Blockchain?

Right off the bat, we see some fundamental incompatibilities between IoT and blockchain. Blockchain originated as a decentralized technology, and participants transact business without the need to trust each other.

Internet of Things technology gravitates toward centralization. And using the car example above, the vehicle communicates with that car’s manufacturer. The car does not communicate with a decentralized network of nodes people choose to run on their own systems. The manufacturer holds the expertise on that vehicle, and decentralized consensus fails to address vital service issues. How would that work? Node A says “no problem” to the flames streaming out of the hood of a vehicle while driving down a highway. Node B votes to say it is an emergency, and finally Node C abstains because it’s offline and will update its chain after the block has been added.

However, as in the example of the computerized car, customers require timely service. The Bitcoin network takes ten minutes to achieve consensus, and some vehicle issues demand attention immediately.

Blockchain enforces security through asymmetric cryptography. The user maintains a private key which creates digital signatures proving ownership of assets on the blockchain, and if anyone besides you accesses your private key, they practically own your property.

Alternatively, in an Internet of Things scenario, the computerized vehicle, refrigerator, alarm clock, or given computerized device transacts business on its own. No human intervenes in the interaction between the device and the network.

To paraphrase Danny DeVito from The Jewel of the Nile, “No chip is safe tonight!”

Whither Goest Thou America In Thy Shiny Car In the Night?

Picture this use case. An unoccupied and driverless car picks up a package for delivery from a robot, and after pickup, the vehicle realizes it needs to refuel. It scans for the nearest fueling station, and a robot refuels the vehicle. The vehicle pays for the transaction with cryptocurrency tokens. The car completes the journey, and it leaves the package at a receiving facility. Driverless cars are just one example of blockchain and IoT working in harmony.

Blockchain excels at transactional processing between parties who need to trust each other, and machines by nature have no sense of trust. Giving and receiving the package requires authorization, and purchasing the fuel defines the most basic use case for cryptocurrency.

The need for humans arises only in the need to engineer and maintain the system.

Beyond blockchain as a data structure, the directed acyclic graph (DAG) structure suggests possibilities. Notably, the IOTA Tangle network is built as a DAG.

In the realm of discrete mathematics, a graph defines a set of objects known as nodes (also called vertices or points), and the nodes relate through edges (also known as arcs or lines).

The structure of a DAG seems to lend itself naturally to the challenges of IoT with its vast network of machine-to-machine transactions; and theoretically, a DAG overcomes the inefficiencies of consensus, slow transaction rates, and the oligarchy of miners.

Unfortunately, without the immutable truth of blockchain built on the trustless transactions of consensus, a DAG may not offer anything of value other than an interesting alternative network topology.

How would a DAG protect the security of a transaction and prevent that transaction from getting hijacked? And without the immutability of blockchain, how do you audit a DAG and trust it as an unaltered record of truth?

IoT and blockchain technology appeared on the scene at roughly the same time. They emerged together, but will they converge together? Both technologies continue to evolve, and research and development continue in both realms, but it remains to be seen if blockchain will find a productive place in the world of IoT.

The post Internet of Things (IoT) and Blockchain – What Are the Possibilities? appeared first on CoinCentral.