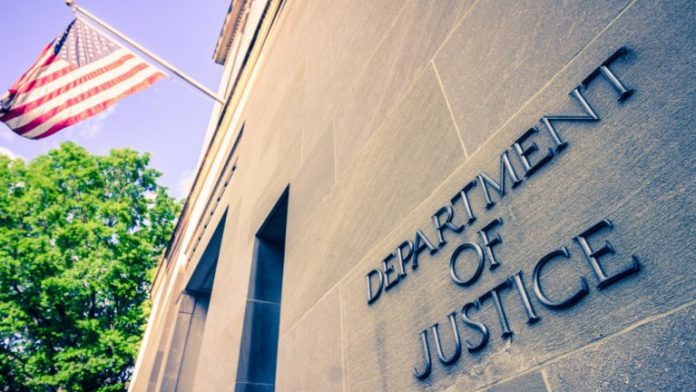 The U.S. has charged an investor after he obtained two loans worth over $1.1 million from the Paycheck Protection Program (PPP) intended for covid-19 relief and used some of the money to invest in cryptocurrency. He was taken into custody on allegations he fraudulently obtained the loans.

The U.S. Department of Justice (DOJ) announced Tuesday that Joshua Thomas Argires of Houston, Texas, has been charged with covid-19 relief loan fraud. The 29-year-old obtained loans from the Trump administration’s coronavirus relief aid program and used some of it to invest in cryptocurrency, the DOJ explained.

According to acting Assistant Attorney General Brian C. Rabbitt of the Justice Department’s Criminal Division and U.S. Attorney Ryan K. Patrick for the Southern District of Texas, Argires “was taken into custody on allegations he fraudulently obtained more than $1.1 million in Paycheck Protection Program (PPP) loans.” He allegedly made “false statements to a financial institution, wire fraud, bank fraud and engaging in unlawful monetary transactions,” the Justice Department stated.

The complaint alleges that the Texas man submitted two fraudulent PPP loan applications to federally insured banks: one was on behalf of an entity called Texas Barbecue and the other on behalf of a company called Houston Landscaping.

While Argires claimed that the two companies had numerous employees and hundreds of thousands of dollars in payroll expenses, the complaint states that “neither Texas Barbecue nor Houston Landscaping has employees or pays wages consistent with the amounts claimed in the PPP loan applications.” The DOJ continued:

Both of these loans were funded, but that none of the funds were used for payroll or other expenses authorized under the PPP. Rather, the funds received on behalf of Texas Barbecue were invested in a cryptocurrency account.

According to the court document, Argires opened a cryptocurrency account in the name of Texas Barbecue at Coinbase on May 17 without providing a business address. He is listed as the sole user of the account. From May 19, he began transferring $956,250 of the PPP loans into his Coinbase account. “Account records reveal that as of June 30, 2020, the $956,250 amount remains in the Coinbase account,” the court document details. “Some of this money appears to have been invested in cryptocurrency, which generated a profit. No funds were transferred out of the Coinbase account.”

Meanwhile, “the funds obtained for Houston Landscaping were held in a bank account and slowly depleted via ATM withdrawals, according to the charges,” the Justice Department added.

President Donald Trump signed the Coronavirus Aid, Relief and Economic Security (CARES) Act into law on March 29 to provide emergency assistance to Americans affected by the covid-19 pandemic. Under this Act, the Small Business Administration guarantees the PPP loans, allowing qualifying small businesses to receive loans with a 1% interest and a maturity of two years. “Businesses must use PPP loan proceeds for payroll costs, interest on mortgages, rent and utilities,” the DOJ emphasized. “The PPP allows the interest and principal to be forgiven if businesses spend the proceeds on these expenses within a set time period and use at least a certain percentage of the loan towards payroll expenses.” The court document for this case can be found here.

What do you think about the US charging this crypto investor? Let us know in the comments section below.

The post Investor Charged in US After Obtaining Covid-19 Relief Loan to Trade Cryptocurrency appeared first on Bitcoin News.