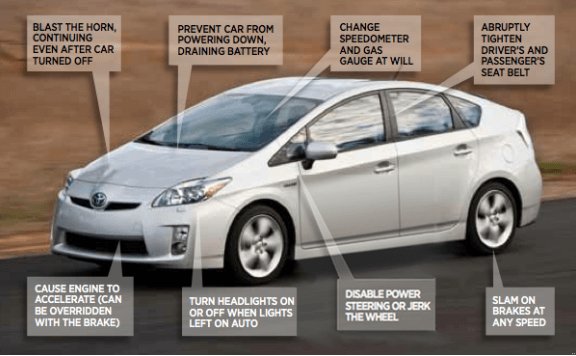 The Chief Digital Officer of Volkswagen has announced a collaborative effort between the IoT-focused IOTA blockchain project and vehicle manufacturer, promising the cryptocurrency community a proof of concept that demonstrates the future of distributed ledger technology in the automotive industry.
Johann Jungwirth announced the upcoming demonstrated via Twitter, stating that Volkswagen will work with the IOTA team to illustrate the use of the tangle to distribute trusted vehicle software over-the-air.

Volkswagen, together with @iotatoken will show at #cebit18 a proof of concept how the trusted transfer of software over-the-air to vehicles can be securely documented using the #tangle. Great example how distributed ledger technology can be used in the future pic.twitter.com/4wuc7pdKfv

IOTA’s dream of a fully autonomous machine economy in which IoT devices can communicate and transact with each other via the tangle references the context of self-driving vehicles. Earlier this year, the IOTA team announced the successful operation of the world’s first vehicle charging station at which charging and paying utilize IOTA.

IOTA’s upcoming demonstration with Volkswagen, which will occur on Tuesday, June 12 at the Cebit 2018 conference in Hanover, will present a panel discussion entitled “Blockchain in Future Mobility.” The core goals of the IOTA/Volkswagen project is the establishment of a process that facilitates secure over-the-air updating of vehicle software via an immutable storage medium.

The importance of data integrity when it comes to vehicles can’t be understated — the FBI warned consumers as early as 2016 of the danger of malicious parties exploiting vehicle software. More recent data released by the SANS Institute Infosec Reading Room demonstrates that it’s possible to inject malicious code into vehicle software updates, disabling or interfering with power steering, applying brakes at any speed, overriding acceleration, and even tighten the driver’s seatbelt.

Jungwirth, who currently works as Volkswagen’s Chief Digital Officer as well as operating as a member of the Supervisory Board of the IOTA Foundation commented on the importance of blockchain technology in data-sensitive industries:

“Distributed Ledger Technologies (DLT) are crucial for the future of trusted transactions. IOTA has great potential to become a DLT leader with the Tangle approach.”’

Interestingly, the same report references a two-year legal battle between Volkswagen and a team of European security researchers that identified and attempted to publish the details of a security flaw present within the Volkswagen remote keyless vehicle entry system. Volkswagen tried to shut down the researchers, using litigation as a method of keeping security flaws under wraps.

Volkswagen’s latest work with the IOTA project, however, will see the automotive manufacture push for “transparency and digital trust with customers, authorities, and third parties” by using the immutable nature of the IOTA blockchain to implement software updates and, in future, provide customized services such as usage-based insurance.

IOTA and Volkswagen to Demonstrate Tangle-Driven Proof of Concept at Cebit 2018 was originally published on https://cryptoslate.com/. The IOTA-News Community curates, examines, and summarizes news from external services while producing its own original material. Copyrights from external sources will be credited as they pertain to their corresponding owners. The purpose is to make use of 3rd party content or pictures as either allusion or promotional endorsement of mentioned sites. If you have a claim of copyright infringement with respect to material, please mail to support[at]iota-news.com. IOTA-News.com is a community run website and is NOT affiliated with the IOTA Foundation in any way.

The post IOTA and Volkswagen to Demonstrate Tangle-Driven Proof of Concept at Cebit 2018 appeared first on IOTA News.

The first issue of a crypto comic book series called Shonen Crypto has been released. Readers can learn about various...