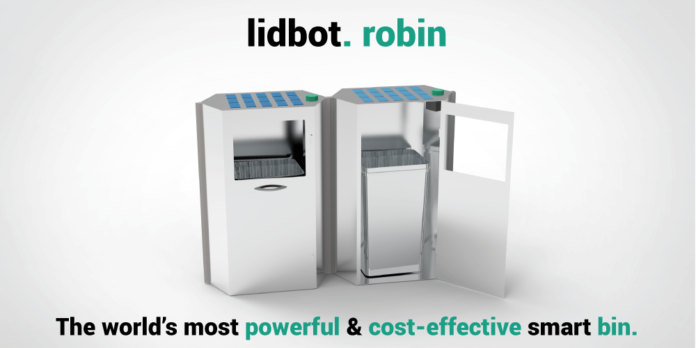 People who excuse their littering by claiming the bins are always overflowing will no longer have an excuse. Lidbot is a little known project that will soon install smart bins with sensors powered by IOTA’s Tangle technology that will show their levels in real time to enable faster emptying.

The company announced via an official Tweet this week it was going to start shipping their “litter-bin management system” by the second quarter of 2019. The Lidbot sensors will garbage collectors to quickly empty bins beside helping them to identify the areas that need more bins. By being able to detect the bin’s fullness, the smart bin sensors will also help to monitor the collectors’ performance as well as the public’s use for bins. The company’s official Tweet said:

“Finally time to introduce our new product. A globally connected #smartbin with built-in #lidbot sensors, #solar ready and NEW #RFID card system to manage your fleet and waste staff. This is the perfect product for outdoors and indoors and will be ready to ship Q2 2019. #iot #IOTA”

The Taiwan-based Lidbot, formerly known as TWO IOT had its proof-of-concept (PoC) approved by the city government in May 2018 to install IoT sensors in the town’s city hall building. The sensors measure the fill-level of bins in real time. The IoT sensors use IOTA’s Tangle technology to store all the data that is collected by the sensors to a secure and tamper-proof ledger.

By choosing IOTA’s Tangle network, Lidbot brings in one more use case that shows to the world that potential for real-life applications that use the Internet of Things (IoT) and Tangle Technology. Since 2018, IOTA has been on the go publicizing the positive effects of its network and its ability to change the world via the real-life applications it is implementing.

As crypto enthusiasts await the end of the bear market, most believe that blockchain projects that have use cases in solving real-life problems are going to stick around for the long haul. This may be the reason that IOTA (MIOTA) fans are ever enthusiastic about the several projects and possibilities that Tangle holds in revolutionizing the Internet of Things (IoT).

This post was originally published on https://blockchainreporter.net/. The IOTA-News Community curates, examines, and summarizes news from external services while producing its own original material. Copyrights from external sources will be credited as they pertain to their corresponding owners. The purpose is to make use of 3rd party content or pictures as either allusion or promotional endorsement of mentioned sites. If you have a claim of copyright infringement with respect to material, please mail to support[at]iota-news.com. IOTA-News.com is a community run website and is NOT affiliated with the IOTA Foundation in any way.

The price of gold has been on a bit of a tear recently as investors begin scaling into precious metals...