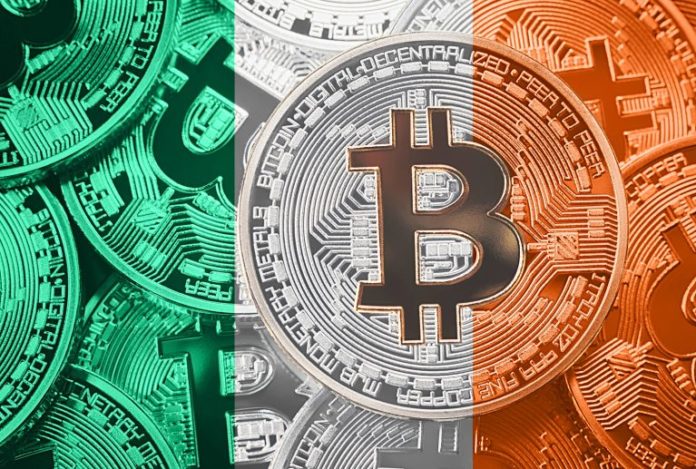 Ireland’s Criminal Assets Bureau (CAB) seized 6,000 BTC from a Dublin resident who was accused of growing cannabis on property located in the Wicklow Mountain region. The police found around €450,000 of marijuana plants but the €52 million ($56.1M) of BTC was the biggest single-value asset seizure by the CAB since 1996. A new era could be upon us where governments holding large quantities of bitcoin will be the norm.

Also read: US Government Auctioning off Bitcoins Worth $37 Million in 2 Weeks

Three years ago during a Garda Síochána (police) inquiry, a man named Clifton Collins got caught driving his 4×4 with a small stash of cannabis. Collins lived in Crumlin and the police found that he had around €450,000 ($486k) worth of marijuana growing at a property in Corr na Móna in Co Galway. The officers also found the 49-year-old had a stash of around 6,000 BTC ($56.1M) and the police believe Collins invested his drug money into the crypto. Because the asset was so large in value, the police called in the CAB and they took over the remainder of the investigation. Regional reports in Ireland note that the seizure was the largest single-value asset ever taken by the CAB in 24 years.

It took a while to get the ball rolling but by July 2019, prosecutors allowed the CAB to secure a temporary forfeiture order on the bitcoins under the Proceeds of Crime Act. The Irish Statutes Book details that law enforcement officials can take possession of the specified property if they were used directly or indirectly with the proceeds of crime. Collins went before the High Court and Justice Alex Owens ruled that the BTC was in fact proceeds of crime. The forfeited assets Owens said did fall under the Proceeds of Crime Act. Collins and his legal team did not object to the CAB’s appropriation of the funds and under the legislation, the BTC must be held for seven years. The length of time the seized assets must be held for is quite unusual compared to the crypto seizures by global law enforcement.

Ireland’s 7-Year Holding Period Is Unusual for a Government

In nearly every crypto seizure throughout countries in Europe or in the U.S., law enforcement have auctioned the digital currencies quickly. The U.S. Marshals Service (USMS) has auctioned thousands of bitcoins since 2014 and the agency just sold 4,040 BTC on February 18. In September 2019, the U.K.’s Eastern Region Special Operations Unit (ERSOU) auctioned roughly $300,000 worth of cryptos confiscated from illegal proceeds. The U.S. Department of Justice (DOJ) and the Department of Treasury have disclosed that officers have seized over 22 different cryptocurrencies throughout numerous investigations. In 2018, there were rumors floating around that Bulgaria’s government was hoarding 213,000 BTC from a criminal case. Headlines reported that the country held the second-largest amount of BTC in the world. However, local reports from Bulgaria reported that the information was false and the Bulgarian government had auctioned off the entire haul.

Bulgaria’s finance minister, Vladislav Goranov, explained the sale did indeed take place. Goranov revealed that the BTC lots were auctioned to “several sovereign wealth funds and Asian investors.” He also noted that crypto experts from the U.S. Federal Bureau of Investigation (FBI) helped ensure the transactions were secure. Ireland’s Criminal Assets Bureau’s 6,000 BTC haul will likely be the longest holding period for a government agency that has seized crypto from criminal investigations.

In the last few years, CAB has dealt with a small number of crypto seizures but nothing as large as Collins’ stash. After the seven-year holding period is complete, the BTC will go to Ireland’s Department of Finance to be dispersed. This means the Irish government very well could be the nation-state with the largest BTC assets held worldwide.

1.17M Bitcoin Addresses Will Be in the Red if BTC Breaks This Level

Recent data by IntoTheBlock shows a crash to $9,000 could potentially send 1.17 million Bitcoin (BTC) addresses below the profit...