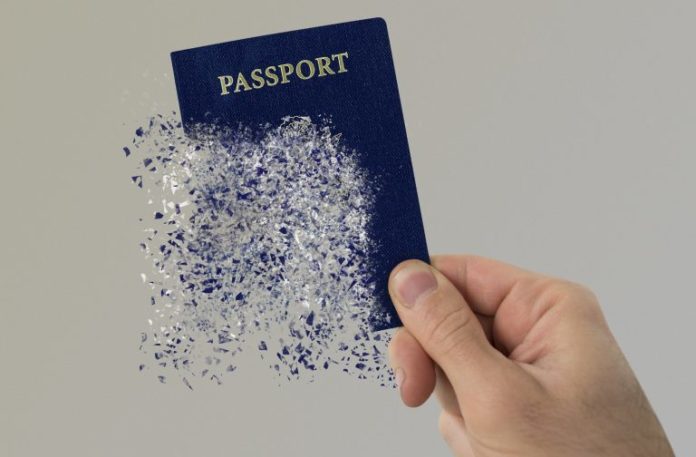 If you have outstanding tax debt, the IRS may now want to take your passport. For U.S. crypto holders still waiting on promised IRS guidelines for filing — especially those overseas who may have missed these warning memos — the over 400,000 agency notifications issued since February last year are troubling. This kind of behavior from government is nothing new, however, but an oft-repeating pattern of parasitism which sucks value from producers of goods, services and surplus, and punishes progress.

It has been said that the most cruel and insufferable forms of tyranny are not those with the most rules, but those with the rules that are the most unclear. Even under extremely unfair and unjust law, if one knows what is expected, one can often survive. It’s the proverbial drunken hand of the volatile, abusive caregiver, who one day is reserved about some small matter, and the next flies into a violent rage about the same, which is truly the crushing burden to bear. In the case of the caregiver, old, unaddressed emotional wounds are likely to blame. In the case of the state, the leveraging of ambiguity to produce fear is intentional.

In May, IRS commissioner Chuck Rettig wrote in a statement: “We have been considering these issues and intend to publish guidance addressing these [crypto issues] and other issues soon.” To date, no such guidance on filing crypto taxes has been issued. What has been issued, however, are vague threats and warnings to crypto holders and traders.

Since February, 2018, notifications have been going out to over 400,000 taxpayers who owe more than $51,000 (recently adjusted to $52,000) in overdue taxes. Since June this year, letters specifically targeting crypto holders have been issued. These letters also clarified inexplicably that, contrary to Rettig and the IRS’s previous statements, crypto is not simply treated as a property under U.S. policy. Every transaction except for buying crypto with fiat is a taxable event.

Expats, who may not have gotten these letters due to residing overseas, could potentially have their passports revoked. Those attempting to visit the U.S. may find themselves trapped in an airport, now without a recognized nationality, unable to return home to their families overseas should they set off alarm bells at immigration. Such mobility-stifling measures are a key means to contain and control financial assets, as the value creators moving them are then unable to relocate to more favorable economic climes. The Attack on Sustenance

But, where there’s blood, there will be ticks. Where there’s self-sufficiency, surplus and charity, the government will be there to suck it dry. Attacking the geo-mobility of wealth holders through passport revocation is one desperate way to do this. But that’s not where the punishment of productivity ends, of course.

Much like the free exchange of bitcoin in the financial realm, being able to grow one’s own food is a major threat to the forced dependency of government. States worldwide have a long, continuing history of destroying food for price regulation, and shutting down private businesses serving their communities.

Just last month, for example, the U.K.’s sole organic hemp farming co-op was forced to destroy its crop worth an estimated £480,000 (~$583,000) due to licensing issues. The group, Hempen, states it had been completely forthright and transparent with officials, who had seen no problems for years until recently, suddenly deciding to revoke their license. The rationale for the revocation is of course, defined in tyrannically vague terms.

According to a BBC report, Hempen co-founder Patrick Gillen, lamenting the waste of potential tax revenue and benefits to the country from his products, stated:

Instead of capitalising on the booming CBD industry, the Home Office’s bureaucracy is leading British farmers to destroy their own crops, and millions of pounds’ worth of CBD flowers are being left to rot in the fields.

Historically, the New Deal legislation of the Great Depression (which also included the abandonment of the gold standard and a mandatory surrender of privately held gold) made these types of practices a norm in the U.S., when regulations were introduced in a bid to protect prices. John Steinbeck describes the travesty in sobering fashion, in his classic novel, “The Grapes of Wrath”:

And men with hoses squirt kerosene on the oranges … A million people hungry, needing the fruit- and kerosene sprayed over the golden mountains … And children dying of pellagra must die because a profit cannot be taken from an orange.

Though fiction, the novel describes actual events that took place during that tragic era. These wasteful practices continue in the U.S. today. After being ordered to dump 30 million pounds of cherries to rot on the ground in 2009, for example, Michigan cherry farmer Rob Manigold echoed Steinbeck’s words:

The food pantry shelves are bare, people going hungry, and here we are dumping millions of pounds of cherries on the ground.

Arguments for such massive waste based on “the greater good” or “necessary regulation” don’t hold up to economic principle or moral scrutiny, as stifling production where demand is present is irrational, unless justified by one class of individuals possessing a supposed right to determine what others may or may not do with their own bodies or property, which is slavery. Why Crypto Is the Final Target

So what in the hell do mountains of rotting fruit and revoked passports have to do with crypto? Quite a lot, it transpires. A money that cannot be centrally regulated provides the same essential power that a flourishing, productive private farm does, but on a whole new level. Self-sufficiency. A passport allows free movement, which is another necessity for self-sufficiency. Once the state is not needed for money, however, that’s the very end. At that point, centralized governance is not needed at all. The advent of bitcoin made the financial transcendence of central banks, geopolitical restrictions, and third party oversight possible.

With global devaluation of fiat currencies ever growing, and reckless low and negative interest rate policies being instituted to create more credit bubbles worldwide, the state is beginning to panic. That’s a good sign. The way to sense a debate has been won is often to simply observe one’s opponent beginning to react with fear or irrational outbursts. In the state’s case the reaction is actual violence, however, and that’s why no matter how hard anyone might try, it cannot be said that there is any freedom to be had without a very real risk. What price one is willing to pay for that freedom is entirely up to the individual.

What are your thoughts on government parasitism? Let us know in the comments section below.

Despite the promises of crypto analysts and institutions like Goldman Sachs, Bitcoin price continues to hover around low 5 figures....