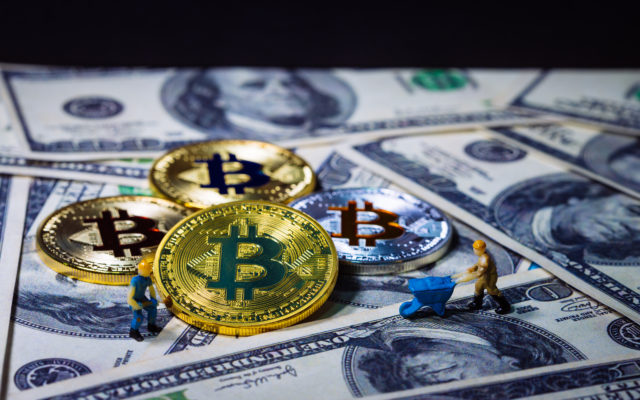 Miners may be driving the recent Bitcoin price slide ahead of the halving, dumping coins to ensure their expenses get paid.

Halving May turn into Negative Event for BTC Confidence
The halving may turn out to be negative for Bitcoin (BTC) prices, as analysts suspect the recent price slide was triggered by a “miner capitulation.” A signal based on hash ribbons, a measure of mining activity, signals more selling may be in store.

Miners abandoning the network may signal a few things. One is the expectation for falling BTC market prices, which are no longer viable to support mining. The other possible explanation is that miners are switching off their facilities in a bid to lower difficulty.
With about two months left to the halving, miners struggle to make up as many high-reward blocks as possible. For now, the Bitcoin network is not threatened by a so-called “death spiral”, as the difficulty would adjust downward. The other encouraging factor is that the Bitcoin network is still supported by four or five very influential pools, which show no signs of abandonment.
However, as Bitcoin price settled above $5,200, fears of further steep price drops were renewed. The current BTC sentiment for all traders is “extreme fear”, the lowest value since the price crash in 2019. But miners may turn out to be a significant vector of price movements.
Miners Still Support Relatively Bitcoin High Hashrate
The Bitcoin hash rate flattened out at around 110 quintillion hashes per second. This level, which is still close to peak values, may lead to another slightly lower difficulty. The halving, however, may severely diminish the hash rate, as the event sifts out miners that cannot afford their operating costs. Roughly, the price of producing one Bitcoin would double, and miners would be pressured to optimize or abandon the network.

If #BTC mining becomes unprofitable every miner’ll turn off in short term; like every other activity’d do if it doesnt generate profits. Then, big capitulation’ll hit.
Once the diff adjstment is done & BTC becomes profitable again, they’ll turn on to mine faster than ever imo.
— Inversionario (@lnversionario) March 15, 2020

The silver lining of the current picture is that “miner capitulation” has been an explanation in the past, when BTC still traded at a higher range. Miners are also producing blocks on schedule, and the Bitcoin mempool is relatively empty. After a recent boom of on-chain transactions that preceded the sell-off, activity on the network diminished. But a congestion is also a source of panic, and usually happens close to dramatic price moves.
Ahead of the halving, Bitcoin remains unpredictable, with extreme predictions of new price peaks and a fast rally, as well as potentially a deeper slide to much lower valuations. But miners will be closely watched in the coming weeks, as a signal for the health of the network.
What do you think about the potential for a miner capitulation and a further price slide? Share your thoughts in the comments section below!

Stay Safe From Coronavirus but also Keep your Bitcoin(s) Safe

The time is ripe for another round of scams and shady schemes, as the coronavirus panic is used to extort...