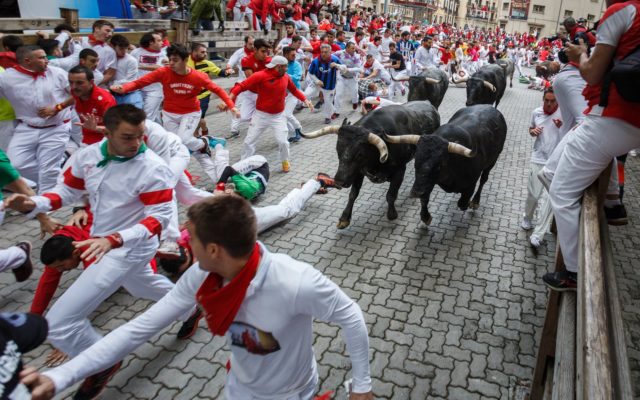 Bitcoin price has posted positive returns every quarter this year till date. Last time this happened, we saw BTC hit $20,000 in 2017. Is bitcoin preparing to repeat history then?

Bitcoin Hit Green in All Quarters This Year

Bitcoin is quietly inching towards the $11,000 price mark, as the contents of this piece are being put out. The positive trend has hit a home run every quarter since the beginning of this year. As pointed out by London-based market analytics firm, Skew Markets, BTC’s 2019 quarterly Forrest Gump like run is reminiscent of 2017’s bull market.

Bitcoin is up each quarter this year – could we get a similar vintage to 2017? pic.twitter.com/b1LJyA1Khk

A fact also worth mentioning is the ROI generated in Q2. At 161.5%, bitcoin price registered the highest returns in the second quarter of 2019 in a five-year timeline.

Noted cryptocurrency trader, analyst and bitcoin bull Josh Rager is known for his spot-on technical analyses. In his latest series of tweets, Josh related the current bitcoin price trend to the 2015/2016 when BTC jumped to gain 2.5 times its bottom price, and after a while of sideways trading surged almost 100% in value.

What he indirectly implied is that bitcoin is on way to do a 100% surge this year too. So apart from, 2017’s trend similarity we are looking at another technical perspective, which makes the case for BTC crossing the $20,000 bar all the more stronger.

This current structure reminds me of 2015/2016 when Bitcoin did a 2.5x from the bottom followed by 6 months of sideways

One thing is for sure, I don’t want to see that $9k support break pic.twitter.com/4JnYFAtLvT

But Mr. Rager also wants traders/investors to practice patience, as the road upwards won’t be an easy one, and the market will see its fair share of sideways movement. Folks must be ready to keep their optimism running at an optimal level in an event of a crash. At last, he ensures that things will turn out positive no matter what, but of course, that’s his opinion. Cryptocurrency market participants are expected to do their own diligent research.

As reported by Bitcoinist, industry observer Misir Mahmudov provided his expert commentary on the monthly bitcoin price lows this year which show a steady increase over the past six months. He concluded that the upcoming bull market will be a strong one and unlike anything seen before.

Bitcoin 2019 *monthly lows* show how strong this bull will be

This isn’t a few months of 2017 gamble mania anymore

This is a store of value in the making

This is just the beginning

Also, according to him, the current market has matured significantly and is not a ‘2017 gamble mania anymore’. Bitcoin is a proper store-of-value in the making. This can be corroborated with BTC’s consolidation around the $10,000 price zone for more than 2 months, which in turn indicates that this could be the new support.

BTC was observed to have crossed the $10,000 price mark no less than 19 times by Skew Markets again. This ‘to and fro movement’ provides significant insight into the need of the market to break past the crucial $10K psychological barrier and achieve a higher valuation.

From all the aforementioned arguments, the possibility of bitcoin replicating its 2017’s bullish stance comes out loud and clear. But for now, the best course of action is to sit tight and ‘hold position’.

Do you think bitcoin price will surpass the $20,000 mark this year? Share your thoughts in the comments below.