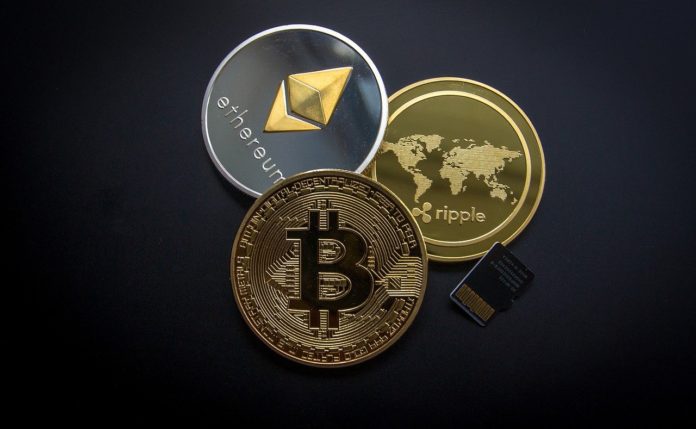 Depending on who you ask, XRP is either the greatest innovation in financial technology or an overhyped alt coin with no long term future. So the question arises: Should you buy Ripple XRP?

As with most things, the truth rests somewhere in the middle.

Simply put, XRP is the native digital asset of the XRP Ledger and the third largest cryptocurrency by market cap. XRP’s parent company, Ripple, was founded in 2012, making XRP one of the oldest digital asset projects next to bitcoin.

According to the Ripple website, the XRP Ledger is an “open-source, permissionless and decentralized” blockchain created for cross-border payments.

Out of Ripple’s three products, xRapid is the only one that uses XRP. Through this product, XRP’s specific role is to provide source liquidity for Ripple customers: banks and global financial institutions.

With its unique position in the market, Ripple seeks to disrupt the financial remittances and international payments market, with the ultimate goal of replacing SWIFT.

Under the SWIFT system, it is both expensive and time-consuming to send money internationally. Banks charge astronomical fees, and outdated transfer systems mean transfers can take days or weeks to reach their final destination.

For a fraction of the cost, XRP transactions can be sent instantly across the globe. Transfers that once required anywhere from days to weeks to complete via SWIFT can now be finalized in seconds.

To easily transact value between countries and institutions, XRP relies on RippleNet, Ripple’s frictionless network of banks and financial institutions. Those who join RippleNet and use Ripple’s software solutions are able to smoothly and cheaply transfer liquidity between institutions participating on the network.

While XRP can be used and exchanged as a cryptocurrency, much the same way as Bitcoin and Ethereum, it’s true value lies in its use as a liquidity source for Ripple customers.

This means that potentially, as RippleNet grows and trillions of dollars of global liquidity begin to flow using XRP, investors hope the institutional demand for liquidity will cause the price of XRP to rise significantly over time.

XRP isn’t for everyone.

Despite the number of major players joining RippleNet and using XRP to satisfy liquidity demands and transact cross-border payments, the price of XRP remains predominantly stagnant.

Sure, there was a 96% jump in the price less than a month ago – but like many XRP rallies, this is primarily hype and does not appear to be linked in any way to an increased demand for XRP.

Even with the substantially larger market caps of Bitcoin and Ethereum, crypto markets can move several percent upon the release of bullish news. Yet in spite of frequent announcements from Ripple regarding partnerships and adoption, the price of XRP moves little relative to the rest of the crypto market.

In addition, there is significant concern around the centralized role of Ripple, which continues to be the largest holder of XRP, owning over 60 percent of the entire XRP supply.

In terms of price, XRP did quite well during the 2017-2018 bull market, exploding to nearly $4 over the course of a few short weeks – even outperforming Bitcoin!

But XRP also crashed harder than most cryptos. It continued moving lower and lower, eventually falling below $0.30 for the better part of a year. It was only a few weeks ago when the price of XRP rose dramatically for the first time since 2017.

Most price predictions for XRP tend to be wild and unrealistic. That said, it wouldn’t be unreasonable for XRP to again reach $1 in the short to mid term and retest it’s all-time high of $3.84 at some point over the course of this bull market.

As it stands – given the unstable price history and the concerns mentioned earlier – it would be a stretch to say XRP is a good long term investment. However, all things considered, XRP is a decent short term investment worth exploring further and watching closely over the coming years.

Invest at your own risk.

XRP is a cryptocurrency with impressive tech, huge partnerships, and remarkable momentum as a top three crypto.

In terms of speed and cost, XRP does what it claims and is already being put to use by major financial players. For all its merits, there is no doubt XRP will continue to be a major cryptocurrency for the foreseeable future.

But consistently lackluster price action, a rapidly growing stable coin market fighting for a XRP’s share of international liquidity, and ongoing concerns over the amount of control Ripple maintains over the XRP network casts doubt in the minds of many investors regarding the token’s potential long term value.

If XRP does accomplish its primary goal and manages to replace SWIFT, there may be enough reason to consider a longer term investment. But as of right now, Ripple’s dream is still a long way off and – like the last bull market – is likely to leave investors waiting with heavy bags for another three years.