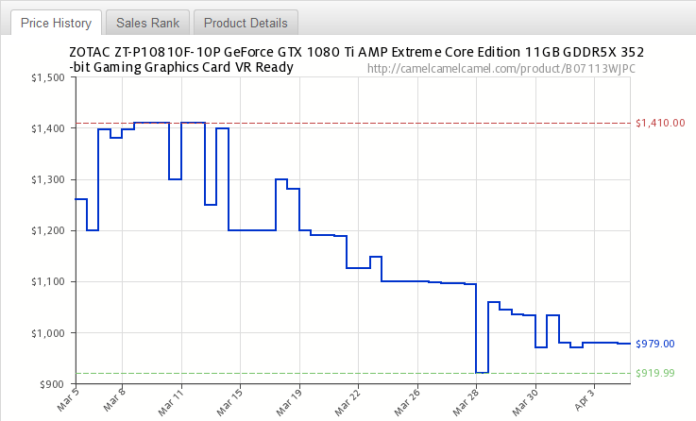 Mining has created a lot of opportunities for those interested in cryptocurrency, but there are also a few challenges for those who want to start their own mining operations. One of the biggest issues is the shortage of GPUs. In this article, we’ll look at what some of the world’s top GPU manufacturers are saying about this and also try to determine if there is an end in sight for GPU shortages. First, let’s examine why there’s a GPU shortage in the first place.

Why Is There a GPU Shortage?

With the high demand for cryptocurrency mining equipment only continuing to grow, why haven’t GPU manufacturers like Nvidia and AMD stepped up their production? After all, if the answer to the shortages was simple, the problem would be solved already. Thus, production would be able to keep up with demand. The main issue is a worldwide shortage of dynamic random-access memory (DRAM), which is used in video memory types like GDDR5 and HBM2. Since the world’s major memory manufacturers began dedicating their DRAM products to mobile phone manufacturers in 2017, companies like Nvidia and AMD are limited in the amount of GPUs they can produce.

How Expensive Are GPUs?

The answer to this question really depends on when you ask it. According to statistics from January 2018, prices of popular GPUs at the time were much higher than in previous years. The main catalyst for the price increase was the booming cryptocurrency market. For instance, prices for AMD’s Vega GPUs went from the original price of $400 to around $1000 in January 2018. Nvidia’s GTX 1080s and GTX 1080 also increased by a few hundred dollars. Prices for lower-end units, however, didn’t increase all that much. During Q1, the prices of GPUs declined by as much as 50%. Statistics show that Zotac’s GTX 1080 Ti price went from $1,400 to around $919. GPU price declines correlate directly to declines in crypto prices throughout most of Q1.

At Nvidia’s GTC conference, held on March 27, 2018, CEO Jensen Huang gave a few comments about the issue of GPU shortages. According to his statements, Nvidia intends to remain dedicated to producing enough units for gaming and workstations. He also wishes that Nvidia’s products will be used by buyers for these purposes. For gamers, it’s been difficult to get access to many of the company’s products recently. So what’s the solution? According to Huang, the company will simply have to produce more units to meet the demands of the gaming and cryptocurrency communities.

For Nvidia’s business, increased demand due to cryptocurrency’s rising popularity is a very positive sign. However, the company must work diligently to produce more units in the midst of the DRAM supply shortage. Even if the DRAM problem is solved, producing a lot of units in anticipation of more cryptocurrency miners entering the market could be considered a risk due potential for price declines. Nonetheless, Nvidia seems willing to take on the challenge and embrace the potential benefits of crypto mining. Overall, Huang and the Nvidia team are focused on Nvidia’s future in gaming but appear to be confident in the future of crypto mining as well as its role in Nvidia’s sales. Although Nvidia seems confident in the future consumer demand of GPUs for the purpose of cryptocurrency mining, AMD has a bit of a different stance. The company is much more cautious and doesn’t see cryptocurrency mining in as much of a positive light as Nvidia does. Here’s an official statement from AMD’s annual company report, which was released in February 2018.

“The cryptocurrency market is unstable and demand could change quickly. For example, China and South Korea have recently instituted restrictions on cryptocurrency trading. If we are unable to manage the risks related to a decrease in the demand for cryptocurrency mining, our GPU business could be materially adversely.”

Although the company isn’t counting upon the continued demand of cryptocurrency miners, it still aims to produce enough GPUs meet potential demand. While some people projected that the rise of ASIC mining manufacturers like Bitmain would take over the market, this hasn’t yet been the case. At first, ASIC miners seemed to be nearly invincible, but this has since changed rather quickly as more cryptocurrency projects and communities voiced their opinions about the need for ASIC resistance and decentralization of token supplies. Even though BTC is mineable via ASICs, many other projects have taken a stance against this form of mining.

What does this mean for big-time GPU manufacturers like AMD and Nvidia? While it’s a positive note that more people are willing to use their products in the future, the fact that they can’t produce more GPUs to meet consumer demand due to DRAM shortages is somewhat disgruntling. As more projects like Monero take a proactive stance in ASIC-resistance, AMD and Nvidia appear to be stuck with a long-term supply problem. However, if more DRAM manufacturers are able to dedicate more resources towards GPU manufacturers instead of mobile phone manufacturers, this problem could very well be solved in a timely manner.

When Will Prices Drop?

Looking at the supply side of this equation, no one can really give a clear answer as to when the necessary components to scale up GPU production will be available. Until the DRAM shortage is fixed, it appears that prices all depend on the demand side of this equation.

Thus far, we have seen some signs of GPU companies being able to meet the demand of cryptocurrency miners in Q1 2018. However, with the bullish cryptocurrency marked in the first month of Q2 2018, more people are likely to want to continue to enter the cryptocurrency mining market as opportunities exist for potential profits for businesses and individuals alike.

The post Is There an End in Sight for GPU Shortages Caused By Crypto Mining? appeared first on CoinCentral.