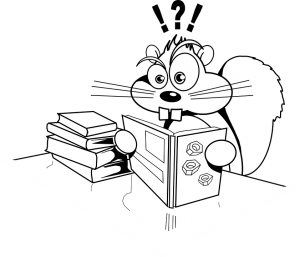 Is xRapid the biggest hype job in the crypto world? Despite Ripple being one of the most active companies out there, we’re not much further forward with xRapid than we were nine months ago. Those keeping tabs on Ripple and its xRapid project will recall the summer announcement that private private trials have been successful. Despite that being something of a non-announcement due to a lack of detail, the price of XRP hit an upswing. It was much of the same at the start of September when Ripple’s Sagar Sarabhai said he was “confident” the cross-border payment platform would go live for commercial use within the next few weeks. So, should investors buy Ripple or not?

Since making the announcement on CNBC, the price has fallen by more than 30%. As noted by the US news network, the hype surrounding xRapid saw people racing to buy XRP online. However, as fear of missing out (FOMO) subsided and people started to take stock of what was really said, the value of XRP dropped by $9 billion. While this is far from an attack on Ripple, the reality is that we don’t really know how well xRapid works, who is going to use it and when it’s going to be released. In other words, as encouraging as the recent announcements were, we don’t have any evidence that Ripple and, in turn, XRP have a long-term future.

Confidentiality is a natural part of doing business, so Ripple’s reluctance to put its cards on the table is understandable. However, with crypto technology being an unknown quantity, investors need a little more. An obvious counter example to this would be Apple. Smartphone technology is a known quantity, which means that it’s easier to predict how updates and innovations will be received. Because of that, Apple can be coy about the details of its new handsets and still see the value of its stock increase. In contrast, people don’t really know how blockchain technology will improve cross-border payments. We know that Ripple believes it will change the game, but so far we’ve not seen any proof.

Does this mean xRapid won’t change the game? No. It simply means that we don’t know. In that respect, Ripple can be classed as a hype job. Beyond that, one of the ongoing issues with the price of XRP is that casual investors are still confused about its relationship with Ripple. Despite owning a majority share of XRP tokens, Ripple didn’t create the digital coin. Instead, it was gifted the token by the creators and, from this, it built the xRapid platform on top of XRP. Some people assume Ripple and XRP are one in the same thing. In reality, they’re not. However, because of the misconception, people link the fortunes of Ripple with the price of XRP.

The only thing that really matters is how well xRapid will do when it is released. Because xRapid uses XRP to facilitate cross-border transactions, the platform will prove that token has real-world utility and, therefore, value. However, without xRapid, XRP doesn’t have any other uses at the moment. In contrast, Ripple’s fortunes don’t depend on xRapid. Its other product, xCurrent is currently being used to settle bank-to-bank transactions in real-time without XRP. Although it uses decentralized technology, XRP tokens aren’t part of the process. With this being the case, Ripple doesn’t technically need xRapid or XRP to succeed. Yes, it wants it to be a commercial hit. However, it wouldn’t be the end if it wasn’t.

Is xRapid a Red Herring Designed to Help Ripple?

The cynics would say that Ripple is teasing us with xRapid just to keep interest in its other ventures afloat. Being the majority shareholder in XRP, Ripple clearly benefits from price spikes whenever people get hyped about xRapid. Moreover, if people are interested in xRapid, they’re also likely to be interested in xCurrent. Could this be too harsh an assessment? Almost certainly. However, there are clearly problems with how Ripple and XRP are connected.

If the two were definitively linked, it would likely stabilize the price charts and benefit both. However, the confusion surrounding their relationship is not only a source of confusion but something that leaves XRP open to manipulation. The shining light for those invested in XRP will be the actual release of xRapid. However, we still don’t know when that will be. Until then, the value of XRP is at the mercy of FOMO, hype and, possibly, the whims of Ripple.

* This article does not constitute investment advice.

Is It Time to Get Serious? Whacky ASKfm ICO Stunt Could Hurt the Industry

ASKfm is back with another initial coin offering (ICO) stunt, but this time no one’s life is on the line....