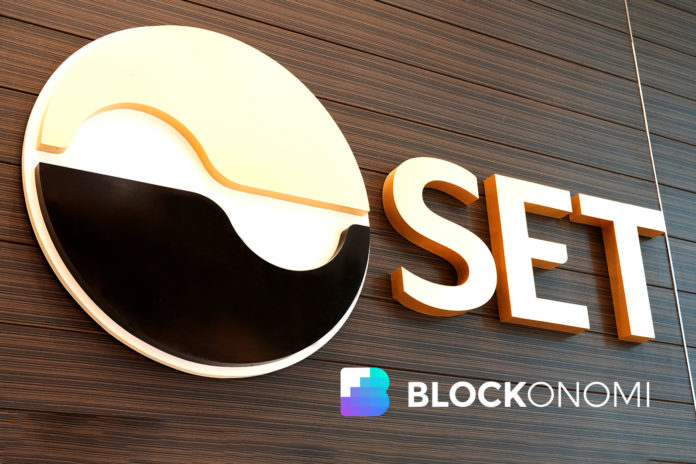 Thailand is finally getting its own crypto exchange. According to an official announcement on the agency’s platform, the Stock Exchange of Thailand (SET has officially confirmed that it is in the process of developing its very own digital asset platform.

The agency initially revealed its plans to apply with the Ministry of Finance for a license to launch an official cryptocurrency exchange back in January. If this new announcement is anything to go by, it would seem that the approval was given.

At the time, Pattera Dilokrungthirapop, Vice Chairwoman of the agency’s board of governors, pointed out that the move was an attempt to take advantage of the increasing demand for crypto assets by Thailand-based investors.

Per the new announcement, the stock exchange is part of a bigger plan to orchestrate a complete transformation of the country’s capital market.

It plans to work “closely and collectively” with major players in the country’s capital market in its bid to develop an entirely new platform that will provide support for trading digital assets.

The institution added that the platform would help to improve the speed and convenience experienced by investors in the country, while also working to develop the country’s crypto space and provide new investment opportunities in the state.

In the announcement, Pakorn Peetathawatchai, President of the SET, laid out a plan for the institution’s transformation agenda. The project, which will span a period from 2019 to 2021, will focus on the development of a one-stop digital capital market, which will be bolstered by the upcoming digital asset platform.

According to a post on local news outlet the Bangkok Post, the board of directors of the country’s financial regulator approved the portal, which will provide investors with the ability to conduct evaluations of potential ICOs to invest in.

The portal will allow investors to screen ICOs, confirm source coded or smart contracts, and conduct Know Your Customer (KYC) procedures for security and due diligence.

The news outlet quoted Archari Suppiroj, Director of the Thai SEC’s Fintech Department, saying, “Thailand’s first authorized ICO portal is being finalized for official approval with the relevant government agencies such as the Commerce Ministry. The first ICO deal will be available for a public offering in the near future under the digital asset royal decree.”

Also, the financial regulator upgraded the list of digital assets eligible for ICO investments and to be used as trading pairs late last month.

Up until that point, only Bitcoin (BTC), XRP, Stellar (XLM) and Ether (ETH) were eligible for this classification. However, per the agency’s announcement, it had added Ethereum Classic (ETC), Bitcoin Cash (BCH), and Litecoin (LTC) to the list.

Per Wednesday’s announcement, the SET stated that the third quarter of 2019 would bring about “a real transformation” to the Thai capital market, especially concerning two separate areas. The first would be the implementation of infrastructural digitization, which will include direct debit registration processes, electronic payments and the development of paper-free account opening processes.

On the second front, the stock exchange’s FundConnext mutual fund platform will be linked with Vestima, a global fund processing platform. According to the institution, this link will bring about access to more investment opportunities for stakeholders in the country’s capital market.

“SET strongly believes that the collaboration with all stakeholders in enhancing the existing infrastructures that are a backbone of the current ecosystem and in building the new digital asset ecosystem will be a turning point that will take the Thai capital market to the next level,” the institution notes in the release.

A court in Israel has once again ruled against a local bank which tried to close the account of a...