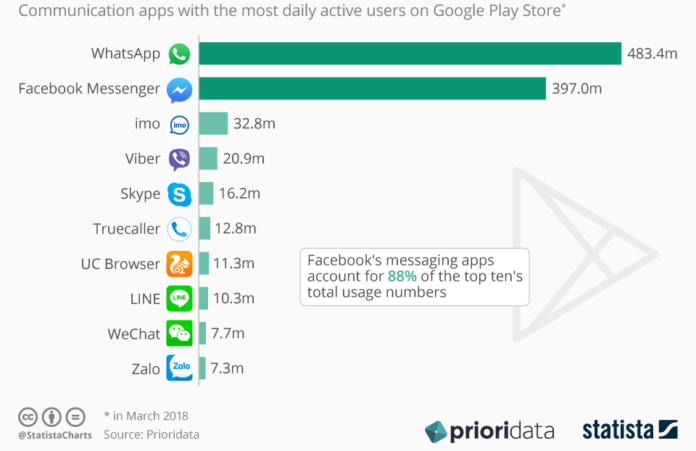 Social media company Line Corporation recently launched their first service into the cryptocurrency space, known as BitBox. The creators of Japan’s most popular messaging application have announced the cryptocurrency exchange on the back of the rise of digital currencies in recent years.

LINE is a messaging app similar to WhatsApp and Facebook messenger. The free application has become quite popular in Asian countries like Japan, Thailand, and Taiwan. BitBox began crypto trading on July 16th this year (2018) and offers up to 30 of the most popular digital currencies available on the market.

Those include Bitcoin, Ethereum, Bitcoin Cash, Litecoin and many others. According to an official company press release:

“The above-mentioned cryptocurrencies were selected through a rigorous review by a listing committee composed of experts.”

At this stage, the service is available to customers in most countries with a few exceptions like the US and Japan. This restriction is most likely due to the ongoing regulatory challenges faced in those regions. The exchange will offer only crypto-to-crypto services at first but already supports 15 languages, including English and Korean.

LINE is hoping to steal market share away from existing exchanges by offering several rewards to new users. So among others, they will award a $10 bonus to the first 2 million users who jump on board.

Despite its popularity in the Asian market, LINE remains well below its western competitors in terms of daily active users. In comparison, Facebook’s purchase of WhatsApp (the most popular messaging app in the world) has brought its market share up to a whopping 88%:

LINE may want to attract more users if it intends to increase BitBox profits.

The exchange will also have to compete with cryptocurrency heavyweights like Binance and Bithumb, to name a few. Furthermore, BitBox reviews will need to remain positive if it intends to stay competitive in an internet heavy world.

The announcement of the cryptocurrency exchange is certainly seen by many as the next smart play in this field. Popular messaging applications already have a large user base with which they can leverage new businesses. If LINE can continue to offer innovative solutions to their predominantly Asian users, they should remain successful in a highly competitive market.