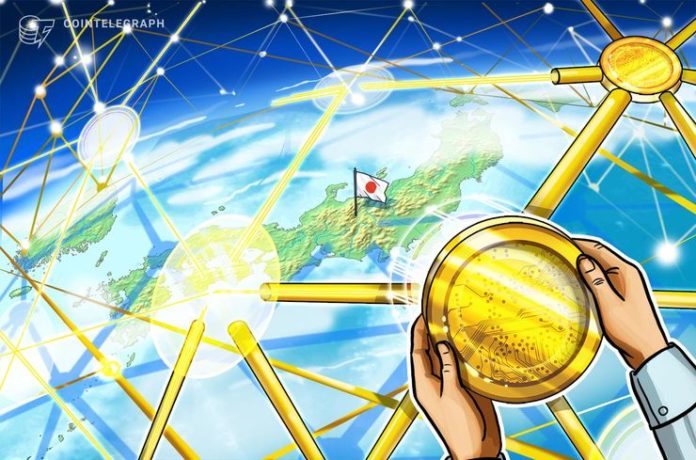 LINE’s messaging service is reported to have over 214 million active users, with 30 million in Japan already using its mobile payment service, Line Pay. The firm has today revealed that its new series of DApps will focus on a range of service categories, including “prediction, Q&A,” as well as reviews of products, food and locations.

LINE’s overseas crypto token LINK has been distributed through transactions on the firm’s own global digital assets exchange “BITBOX” as of early September, and will also be issued as part of a rewards system for dApp users and other services in the LINE ecosystem.

Today’s announcement notes that LINK is not available to the American or Japanese markets. LINE has therefore launched a separate coin, dubbed “LINK Point,” that is exclusive to residents of Japan.

LINK Point will be issued as an incentive to users of LINE’s new DApps, and cannot be traded on the BITBOX exchange, due to domestic regulatory restrictions. As previously reported, BITBOX has not yet received an official operating license from Japan’s financial watchdog, the Financial Services Agency (FSA).

LINK Point can however be used for DApp services, or it can be traded for “LINE Point” tokens in order to be redeemed for purchases and settlement for LINE’s services, as part of LINE Pay. Today’s press release states that one Line Point is valued at one yen.

A total of 1 billion LINK Point and LINK are to be issued, of which 800 million are to be gradually distributed to users of the LINE token economy, and 200 million to be held by LINE as a reserve.

Both tokens will form part of LINE’s new token economy, which is based on the firm’s in-house blockchain network, LINK Chain. LINE says the project aims to “flatten the relationship structure between users and service providers,” in a bid to encourage “mutual growth.”

As previously reported, LINE announced that the genesis block of LINK chain had been generated August 23, describing the mainnet at the time as a “service-oriented” blockchain network that would enable dApps to be directly applied to LINE’s messaging platform. The firm’s mobile platform subsidiary, Line Plus, launched a blockchain affiliate, dubbed Unblock, in South Korea this April.

This Week in Cryptocurrency: September 28, 2018

Cmon, Do Something… We had a relatively uneventful week in the market, price-wise. The total market cap fell to a...