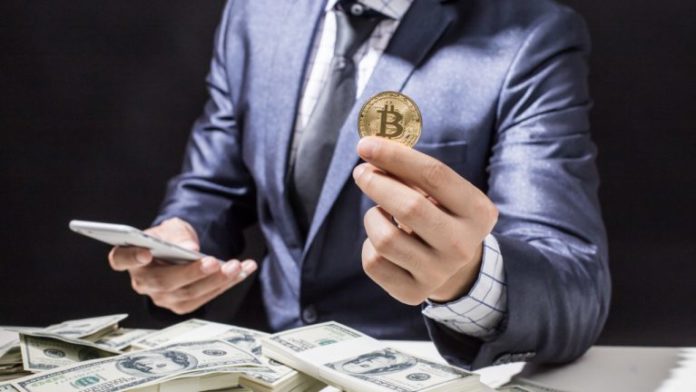 Max Keiser believes that bitcoin naysayers like Jim Rogers, Mark Cuban, and Peter Schiff will go all-in and invest big in bitcoin when they understand it. He guarantees this to be the case, having predicted that the price of bitcoin will reach $400,000.

Max Keiser and the Bitcoin Naysayers

Popular television personality Max Keiser firmly believes that bitcoin skeptics will go all in big on bitcoin when they finally understand it. The host of Keiser Report, a financial program broadcast on the media channel RT, recently singled out three bitcoin naysayers in particular. He tweeted Friday:

Peter Schiff, Jim Rogers, Mark Cuban, and other pre-coiners represent huge pent-up bitcoin buying demand. When they finally understand it, they’ll go all-in with huge buys. I 100% guarantee this to be the case.

Keiser talked about Jim Rogers because the famed investor said last week that he thinks the value of bitcoin will fall to zero because governments will not let cryptocurrency flourish. “Jim Rogers, like Peter Schiff, I told to buy bitcoin at $1, $10 $100, but the ‘legendary investor’ never looked into it as evidenced by this silly, uninformed comment he just made,” Keiser tweeted in response to Rogers’ BTC price prediction and the future of bitcoin.

Keiser’s comment troubled gold bug Peter Schiff, as the pair often get into a heated debate about bitcoin. Schiff openly states that “Bitcoin is fiat as its value also comes from faith,” unlike his beloved gold, which he said, “has real value.”

Peter Schiff responded to Keiser: “This poll is a fraud, as none of the choices are correct. There is no price high enough that would cause me to panic-buy bitcoin. Also, it’s unlikely that bitcoin will ever actually trade at any of the price points in the poll.” He proceeded to put up a poll of his own, asking his 245.6K followers: “How low would the price of bitcoin have to fall for Max Keiser to throw in the towel and sell?” At press time, 71.8% of voters believe that Keiser will “ride it down to 0.” Keiser has predicted that the price of BTC will reach $400,000.

Another billionaire investor, Mark Cuban, the owner of the National Basketball Association’s Dallas Mavericks, has come around slightly in his view of bitcoin. In October last year, Cuban said he would rather have bananas than bitcoin, believing that cryptocurrency has no intrinsic value. However, he told Morgan Creek Digital cofounder Anthony Pompliano during a podcast in April that he would support bitcoin if it were easier to use and could be spent without needing to be converted into fiat currency.

Meanwhile, a growing number of institutional investors have been getting into bitcoin. In a recent survey, Fidelity Digital Assets found that the majority of U.S. and European institutional investors feel that cryptocurrencies have a place in their portfolio. Moreover, billionaire hedge fund manager Paul Tudor Jones recently revealed that he has 2% of his assets in bitcoin.

Do you think these bitcoin skeptics will come around and invest in bitcoin? Let us know in the comments section below.

After days of consolidation, Bitcoin, Ethereum, and the rest of the crypto market have finally broken down. The flagship cryptocurrency...