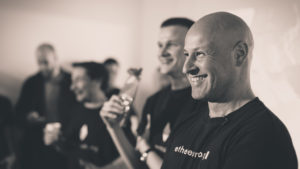 The field of crypto and blockchain technologies is destined to become the standard for the world economy in the coming decades, said Joseph Lubin, Ethereum’s co-founder.

Joseph Lubin poses in a Picture with Vitalik Buterin on the Background. Credit: Duncan Rawlinson

Speaking at the SXSW conference in Austin Texas on March 14. 2018, Lubin claimed it is very likely that in about 10 to 20 years, the market for cryptocurrencies will have grown at least ten times and that blockchain technologies will influence much of the traditional businesses.

The visionary businessman explained that even today blockchain technologies are nascent, and software developments are barely discovering the full potential that DLTs have to benefit society.

Lubin illustrated the current situation of blockchain tech with the way society experienced the Internet boom. According to the co-founder of Ethereum, currently there are few “normal” people using these technologies, but “there weren’t a lot of ‘normal’ people firing email around in 1983” either.

He also took the opportunity to talk about the impact of Ethereum 2.0. For Lubin, who is also the founder of ConsenSys, the Ethereum upgrade will allow them to place Ethereum at an entirely different level in terms of scalability, usability, and efficiency:

“In Bitcoin and currently in Ethereum, you need to have specialized hardware, burn lots of electricity, waste lots of computation, to basically keep everybody in sync. [With Ethereum 2.0, in 18 months] we’ll have a blockchain system much more powerful and scalable that uses orders of magnitude less energy.” 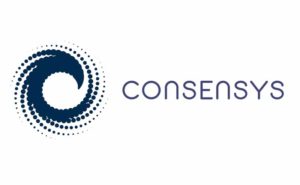 It is important to note that there is no definite date for implementing this update. Ethereum 2.0 is a phased project, which has been going on for quite some time. They have already completed the first stage, after the successful activation of the hard fork known as Constantinople.

The developers’ focus is presently on migrating the PoW algorithm to Proof-of-Stake. In so doing, they hope to eliminate the need to “waste” energy through hardware mining and implement an algorithm that allows blocks to be validated while promoting token savings, which would increase their market value.

The rest of the updates are second layer solutions oriented to increase the transaction processing capacity. According to estimates by Vitalik Buterin, once they develop all these implementations, the Ethereum network could process close to one million TPS.