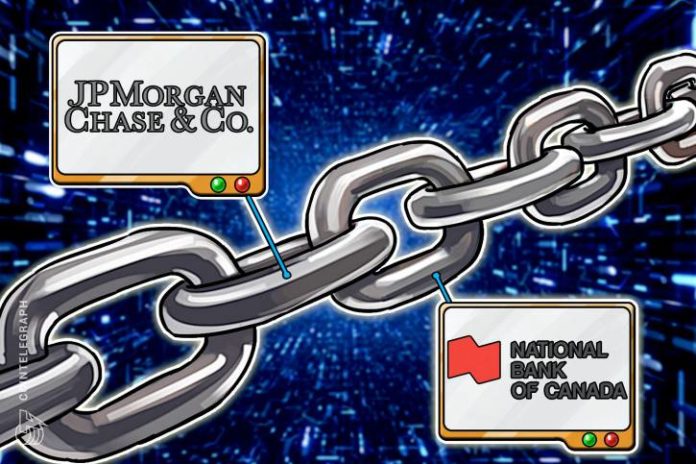 JPMorgan Chase, the National Bank of Canada, and other banking sector participants have tested the Quorum Blockchain platform with the intent to make the process of issuing financial instruments more efficient, Reuters reports Friday, April 20.

Reuters writes that the test on Quorum, which JPMorgan has been developing since last year, “mirrored the Canadian bank’s $150 million offering on the same day of a one-year floating-rate Yankee certificate of deposit.”

David Furlong, the senior VP of artificial intelligence (AI), venture capital, and Blockchain at the National Bank of Canada, said that “Blockchain-related technologies have the potential to bring about major change in the financial services industry.”

In March, JPMorgan reported that they were considering making Quorum an independent entity as way to attract more partners that could be scared off if they are also competitors of JP Morgan.

Umar Farooq, JPMorgan’s head of Blockchain initiatives, told Reuters today that an excess of customer service requests is one reason to spin off Quorum. Farooq added that there has been interest shown by some unnamed financial institutions, and that in the meantime Quorum further develops by welcoming Blockchain savvy engineers from other JPMorgan divisions:

“We haven’t really seen a lot of really large scale things go into production yet. There are few cases where [B]lockchain can really shine.”

The Quorum platform runs on the Ethereum (ETH) Blockchain and is modeled after the Ethereum Go client. The platform is used by pharmaceutical companies Pfizer (who took part in the test) and Genentech as well as Microsoft Azure, among others.