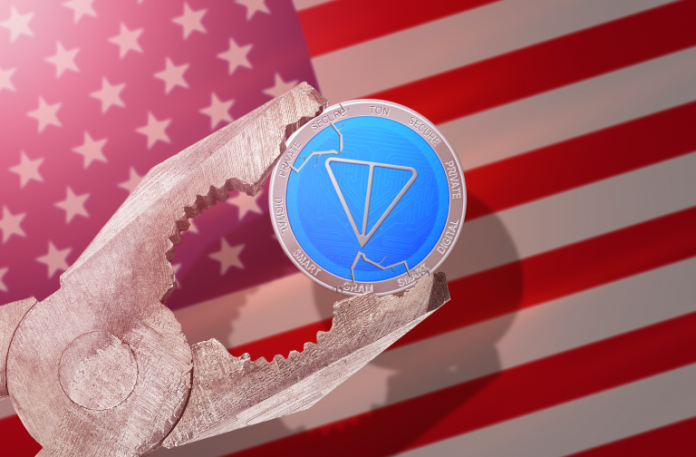 The embattled Telegram Open Network (TON) blockchain and its native gram cryptocurrency have seen plans for launch stifled once again, with a preliminary injunction granted by Southern District of New York Judge P. Kevin Castel. The March 24 injunction sides with the U.S. Securities and Exchange Commission (SEC), concluding that the messaging giant’s plans “amount to the distribution of securities, thereby requiring compliance with section 5.”

“The Court finds that the SEC has shown a substantial likelihood of success in proving that the Gram Purchase Agreements, Telegram’s implied undertakings, and its understandings with the Initial Purchasers … amount to the distribution of securities, thereby requiring compliance with section 5,” the March 24 injunction reads.

The ruling is the latest blow to the project, which has been struggling to prove grams are not securities under U.S. law since October, when the regulator obtained a temporary restraining order against Telegram.

The SEC filed a complaint at the time alleging that “defendants failed to register their offers and sales of Grams, which are securities, in violation of the registration provisions of the Securities Act of 1933.” Telegram addressed the issue by bumping back the launch date to April 30 after consulting with investors, but now that plan is also halted for the time being. The judge found that grams met criteria of the Howey Test, stating: “The Court rejects Telegram’s characterization of the purported security in this case. While helpful as a shorthand reference, the security in this case is not simply the Gram, which is little more than alphanumeric cryptographic sequence,” elaborating:

This case presents a ‘scheme’ to be evaluated under Howey that consists of the full set of contracts, expectations, and understandings centered on the sales and distribution of the Gram.

According to the Opinion & Appeal, the court “finds that Telegram did not intend for the Grams to come to rest with the Initial Purchasers” and that “Telegram’s goal of establishing Grams as ‘the first mass market cryptocurrency’ required that the 58% of all Grams sold in the 2018 Sales reach a much wider pool than the 175 Initial Purchasers.”

As such, the judge maintains in his ruling that Telegram sought out buyers and firms with investment intent, who were looking to make profit on the offering. Telegram, for its part, has notified potential TON participants that they shouldn’t expect profits, and that grams are meant as a medium of exchange. Telegram Says It Will Have ‘No Control’ Over TON, Judge Not Swayed

In a February hearing, Telegram’s legal counsel has argued the tokens would not be accompanied by managerial oversight to increase their value after launch, so they don’t qualify as securities.

Though the group maintains they are “like an architect who designed a skyscraper [but] can’t control what happens with the building after it’s finished,” Castel was not convinced. “An injunction, prohibiting the delivery of Grams to the Initial Purchasers and thereby preventing the culmination of this ongoing violation, is appropriate and will be granted,” the order reads.

The repeated challenges presented by the SEC have understandably left many investors frustrated, and likely the messaging service itself, who hasn’t bent over backwards to please the regulator. Amidst all the legal chaos, in January, the group reportedly refused to turn over TON bank records detailing how it spent $1.7 billion raised from investors.

Telegram has reportedly filed notice of interlocutory appeal since the new Opinion & Order was issued. However, appellate review at this juncture is generally viewed as unlikely, and a permanent injunction is expected by observers.

What do you think about the judge’s decision in this case? Let us know in the comments section below.

Federal prosecutors have replied to Mark Scott’s attempt to have his OneCoin fraud convictions dismissed. Last year a jury found...