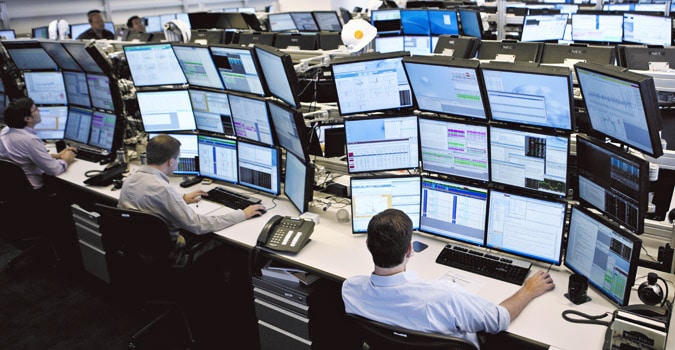 Chicago-based firm Jump Trading has developed a platform similar to an OTC trading platform to facilitate large crypto transactions, according to a latest Business Insider report.

Like any electronic trading exchange, the platform offers a graphical user interface and allows the interested parties to interact with a desktop client. However, it is a standalone platform and does not connect with any cryptocurrency exchange.

Due to the lack of any specified platform, the process of OTC trading has always been a complex one. Firms and managers often use unorthodox methods like internal chat boxes, telephones, and even Skype to conduct crypto trade deals.

Business Insider quoted Michael Dunworth, the CEO of Wyre: “GUIs are not unique. But it is impressive that Jump built it.”

Jump, with its platform, has tapped into this unmanaged yet lucrative sector. According to Business Insider’s source, this move by Jump also shows its seriousness towards the new market for cryptocurrencies. Moreover, the firm believes that voice and chat room environments don’t leave a clear audit trail and the new platform will definitely give the process legitimacy.

“It’s without a doubt maturing just by the fact that there are so many OTC desks out in the mix,” he added.

According to John Spallanzani, Miller Value Partners’ portfolio manager and a former forex trader at Sumitomo Mitsui, cryptocurrency market shows resemblance with the forex market and the currency move of Jump’s shows that the nascent market is maturing.

Recalling his early trading days in the 90s, Spallanzani said: “We used to call 20 banks at once for spot FX prices.”

According to earlier reports, major crypto players are also setting up organized OTC desks in various trading hubs. San Francisco-based Kraken opened an OTC desk in New York and many others are also present including Winklevoss brothers-backed Genesis and Paxos-run itBit.

$4.45 By End Year and Other Zilliqa (ZIL) Price Predictions

The Zilliqa (ZIL) project has been defined by some, as the revolutionary new kid on the block that shall introduce...