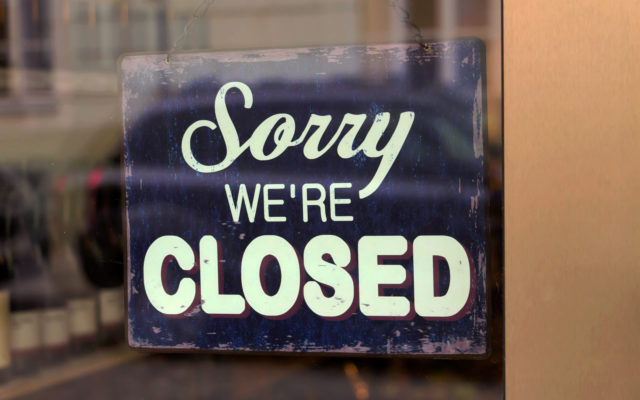 The Cobinhood exchange, a staple of up-and-coming coin and token projects, has announced a sudden down period to audit its balances.

Audit Suddenly Announced for a One-Month Period
Cobinhood, one of the last exchanges to support multiple altcoins, has turned up with a worrying message. The market stated it is closing for an audit – but such news, coming on the tail of other exchange closings, are taken as a negative sign.

COBINHOOD Exchange is shutting down and auditing all accounts’ balances from Jan 10 to Feb 9 in 2020. It will be re-opened on Feb 10, 2020. All COBINHOOD users can then retrieve their funds accordingly. Please DO NOT make any deposits; it may result in permanent loss.
— COBINHOOD (@COBINHOOD) January 10, 2020

The exchange itself has promised to reopen within days. But the news of the audit arrives just months after Cobinhood received a scare about an exit scam, as it lost track of its CEO Popo Chen. Since then, the exchange continued to operate, though not on the brightest reputation.
While the exchange survived the exit scam scare, it seems it its problems with liqudity have remained.

Classy exit scam from @COBINHOOD & @dexonfoundation (same company). After raising $3M just last month (!!!), they unlocked all tokens, dumped on the market (!!!) and announced that they appointed a liquidator. Remember these people $DXN #Cobinhood $COB https://t.co/xUGJiUQBrr pic.twitter.com/ZUPyP2Bhg7
— TSS (@SandorReport) May 20, 2019

The exchange operator has promised it would open its wallets for withdrawals, and has warned that new deposits will not be counted and can lead to permanent losses. The funds will be available after February 10, with no other news of the future of the exchange.
Periods of technical support have also marked the crash of exchanges like Cryptopia, as well as QuadrigaCX. Until Cobinhood reopens, the doubts may remain. The abrupt closing of a market also causes some of the assets to go through price anomalies.
Cobinhood Volumes Remain Thin
Cobinhood, with its 50 current pairs reported, has shrank its volumes to zero, as reported by CoinMarketCap. The exchange has always reported extremely low volumes, with its native COB token having just $69 in volumes per day. But the market operator has been used by small-scale projects, desperate to get a listing.
Cobinhood closes at a time when small-scale exchanges have been hit hard with new EU regulations. Stricter reporting rules, the need to disqualify some countries, and track the movement of digital assets, put a new burden on cryptocurrency service providers.

Hope all @COBINHOOD users got their funds out on #proofofkeys day! https://t.co/debgNXSYdc
— Trace Mayer [Jan/3➞₿

Even in the case of an exit scam, Cobinhood will probably lead to relatively small losses. The crypto community is not showing any panic in relation to the exchange’s closing. So far, there are no signs of a hack or other unexpected activity, except for the generally low volumes and a slightly damaged reputation of the exchange.
Cobinhood lines up with multiple projects that boomed during better times, especially with altcoin and token trading. But the exchange finally became a casualty of the bear market, which shook down low-quality projects.
Are you concerned about the Cobinhood audit and maintenance down time? Share your thoughts in the comments section below!

Seth Shapiro sued AT&T for allowing hackers to steal $1.8m in crypto and said that their claims of failing to...