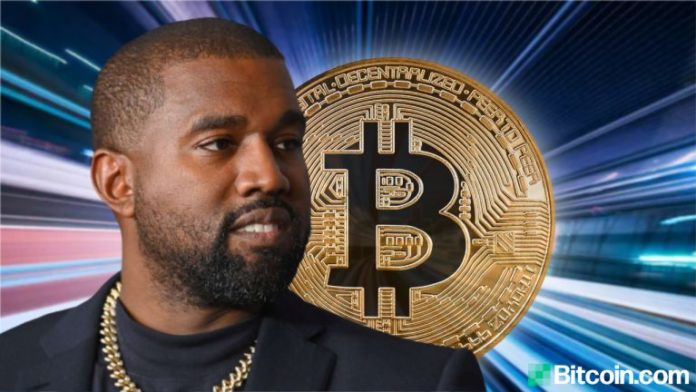 U.S. presidential candidate Kanye West professed his respect for bitcoiners during a podcast interview with Joe Rogan. He says bitcoiners “really have a perspective on what the true liberation of America and humanity will be.”

Kanye West is one of the world’s best-selling musicians, having sold over 140 million records worldwide. He announced in July that he is running for President of the United States this year. In a podcast interview with Joe Rogan, published on Saturday, West confirmed that he is still in the running.

“There’s a possibility that I could [win]. It’s actually technically possible for me to win now which would be the best option for America,” he told Rogan. West said that he is on the ballot in 12 states and voters in 17 other states can write him in. “I could possibly win now,” he claimed, emphasizing that he will “definitely” win in the next presidential election in 2024.

When asked about bitcoin, West described, “Jack Dorsey decentralized Twitter two months before it really hit because he was talking to the Bitcoin guys,” adding:

And these are guys that really have a perspective on what the true liberation of America and humanity will be.

“Specifically these guys … a lot of tech guys were able to use the new … information highways and create the next frontier of our existence,” he continued.

Furthermore, West revealed that some people have suggested for him to run for the governor of California. “If it’s in God’s plan that part of my path is to be the governor then that’s fine but my calling is to be the leader of the free world,” he affirmed.

Do you want Kanye West to be the U.S. president? Let us know in the comments section below.

JP Morgan says bitcoin’s 2020 surge is set to continue as the digital cryptocurrency competes better against gold as an...