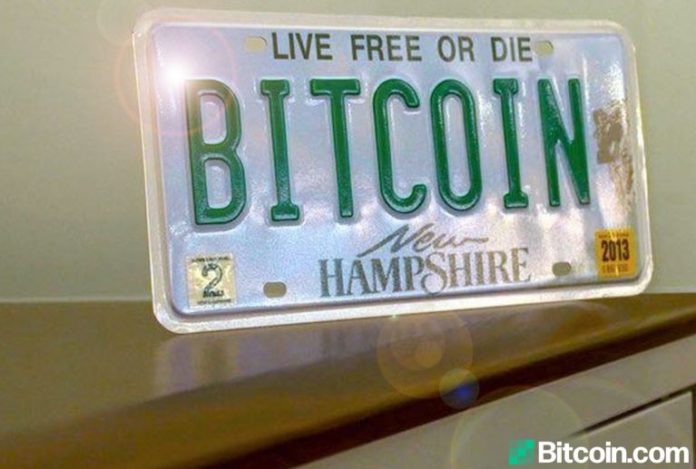 Over the last few months, there’s been a lot of attention directed toward destinations like Slovenia, North Queensland, Japan, and Venezuela which capture the largest number of bitcoin cash merchants worldwide. Another region that’s seen a massive influx of BCH adoption is Keene, New Hampshire, a place that’s widely known for its lack of taxation, and the growing number of libertarian residents. With a city population of around 23,000, there are 78 BCH-accepting businesses providing goods and services for bitcoin cash.

New Hampshire is well known for having a large number of libertarian residents since the Free State Project (FSP) started a movement of political migration in 2001 in the low-population New England state. Libertarians in the region promote free markets, stand against war, and are either completely anti-state (anarchism) or believe in a very limited government (minarchism). Many of these activists who migrated to New Hampshire are strewn across the state but there are dense regions of libertarian proponents in places like Keene, Portsmouth, and Manchester. Due to the vast amount of free market believers, there’s a slew of businesses in places like Keene that accept digital currencies like bitcoin cash. Another liberty loving group called the Free Keene Project has managed to persuade a bunch of mom-n-pop shops to accept cryptocurrencies over the years.

In fact, throughout the Free Keene Project’s (FKP) lifetime of activism spent bolstering the concepts of liberty and voluntaryism, the people living there have created a cryptocurrency mecca. FKP’s Ian Freeman (also the co-host of Free Talk Live) explained on Sep. 3 that last week, two well-known and busy convenience stores have begun accepting a variety of digital assets including bitcoin cash. My Campus Convenience store will compete with Corner News which has been accepting crypto since 2013. Alongside My Campus Convenience, the shop located near Keene State College campus called Campco now accepts crypto too. Keene has a wide variety of digital currency-accepting businesses and lots of them use the Anypay Global payment processor.

Other businesses that have adopted bitcoin cash include a bar called the Thirsty Owl, Dr. Drower Dentistry, Curry Indian Restaurant, a hair salon, and vape shop. Freeman details that according to data stemming from the Anypay.global and Marco Coino merchant map there are 78 bitcoin cash-accepting businesses in the region. This works out as a ratio of “one business for every 1,642 people,” Freeman explained. The Anypay merchant map not only shows people where crypto merchants are located, but also displays when someone purchases something with cryptocurrency.

Free Keene is also well known for its Bitcoin radio advertisements that promote the benefits of cryptocurrencies and free markets. Starting in 2016, the commercials were syndicated on “The Peak” (101.9 WKKN-FM Keene, 100.7 WTHK-FM Wilmington, VT, and 104.7 W284AB Jamaica, VT) seven days a week from 3pm-6am EDT. “Bitcoin is a powerful local currency that can also be used internationally. It’s Keene to buy local, and Bitcoin empowers local business owners to keep more from each sale, rather than sending 3% outside of the area to credit card companies,” the radio ad’s message said.

More recently, due to the frictionless and low network fees on the Bitcoin Cash network, activists in Keene have been opting to use and promote BCH regularly. Last summer, FKP launched a new website called Cryptotip.org that creates cryptocurrency tips from bitcoin cash (BCH) and dash, making it easier for residents to tip people in sound money. At the time, Freeman remarked that lots of Keene residents used an application called Bctip.org but BTC network fees became unsustainable and the platform was basically neutered. So Freeman reached out to the creator who told him the platform was open source and he and Michael Hampton of Ringing Liberty redesigned it to work with bitcoin cash and dash. The cryptocurrency dash has a decent-sized following in Keene too and many Dash supporters live in the FSP region.

The month prior, in July, the Free Keene Project explained that longtime readers of the FKP blog understood that “Keene and Portsmouth, New Hampshire are two hotspots in the world of cryptocurrency.” “Through real-life crypto usage is not all about delicious handmade pizza, BBQ, Indian food, burgers, or alcoholic beverages that you can buy with crypto in downtown Keene, it’s also about products and services.” When the BCH chain turned two years old on August 1, Free Keene’s Chris Rietmann held a presentation and discussion at the Bitcoin Embassy New Hampshire about the last two years of the Bitcoin Cash network. Rietmann’s two-year BCH retrospective goes into great detail about the scaling debate and why the Bitcoin Cash network is here and thriving today.

Alongside being a crypto mecca, Keene and New Hampshire also have a lot more to offer to people who are interested in libertarianism and plan to join the ongoing NH Freedom Migration. This includes groups and activities such as Keene’s Robin Hooders, Jury Nullification Outreach, Cheshire Fair, Keene Copblock, LRN.FM – The Liberty Radio Network, Cannabis Culture, Shire Society, and of course the annual Keenevention.

Did you know you can buy and sell BCH in a private manner using our noncustodial, peer-to-peer Local Bitcoin Cash trading platform? The Local.Bitcoin.com marketplace has thousands of participants from all around the world trading BCH right now. And if you need a Bitcoin wallet to securely store your coins, you can download one from us here.

The post Keene New Hampshire Is Not Only a Libertarian Enclave – It’s Also a Crypto Mecca appeared first on Bitcoin News.