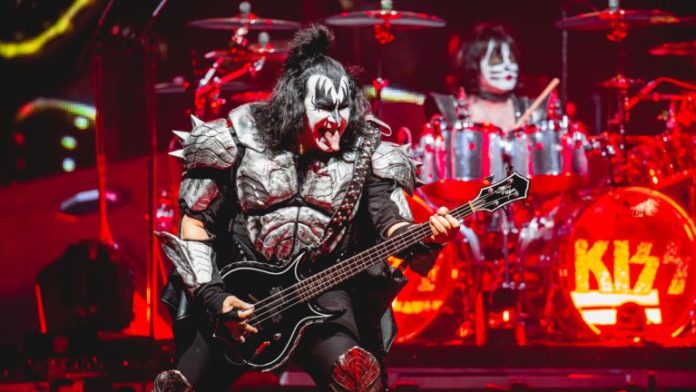 Rock band Kiss’ lead singer Gene Simmons has tweeted a cryptic message about bitcoin in response to a discussion on making cryptocurrency accessible to the masses. Simmons previously said he was interested in bitcoin, noting that its price goes up every time people think it’s dead.

Gene Simmons is an Israeli-born American musician, singer, songwriter, actor, and producer. He was the frontman, bassist and co-lead singer of Kiss, the rock band he co-founded with lead singer and guitarist Paul Stanley. According to IMDB, Simmons has appeared in films and TV 116 times.

He caught the attention of the crypto community on Tuesday when he tweeted a cryptic message in response to a thread about making bitcoin and ether accessible to the masses. Gemini cryptocurrency exchange founder Cameron Winklevoss started the thread by tweeting: “Technology won’t end racism. But it can remove bias from some interactions.” He added: “This is why I love Bitcoin and crypto. It’s permissionless. It’s unbiased. Math doesn’t care about the color of your skin, gender, orientation, etc.”

After multiple tweets on the subject, the exchange founder admitted that “getting people into this new system is the biggest challenge we face as an industry … It’s easier to buy bitcoin and ether if you are already in the old system. If you don’t have a bank account, it’s hard to get funds into crypto. We need to change this.” Simmons, who has 896.4K followers on Twitter, responded with a short tweet that reads: “I will. I am.” At the time of writing, his tweet has been liked 1.4K times.

While many people saw Simmons’ tweet as bullish, expecting mass adoption to follow, several asked him for an explanation of what he plans to do. Some tweeted asking when the Kiss coin would come out, while others speculate that he has a plan to boost bitcoin adoption. However, Simmons did not clarify further on the subject.

Other comments flooded the thread with suggestions of how the mass adoption of bitcoin can be achieved, such as installing more bitcoin ATMs. Some mentioned existing services that try to make it easier for everyone to get into bitcoin, such as Cash App.

Tuesday was not the first time the famous rock singer talked about bitcoin. In September 2017, he told The Street in an interview that he was interested in bitcoin. While emphasizing that he preferred to be diversified with his investments, the former Kiss lead singer told the publication:

I am interested in bitcoin, but only as a piece of the (investment) puzzle.

When asked whether he would follow in the footsteps of other celebrities — such as Paris Hilton and Floyd Mayweather — and attach his name to bitcoin, he “left the door open,” the news outlet conveyed. He also responded to a question about the possibility of launching his own coin, which was the hype at the time of the interview. “Kiss coins? Sure, you can talk me into it,” Simmons said.

In April last year, he bumped into Morgan Creek Digital partner Anthony Pompliano at a crypto event. Pompliano, who tweeted their encounter, said that “This guy gets it,” quoting Simmons as saying:

Bitcoin is volatile, but every time people think it’s dead, it goes up a little.

Do you think Gene Simmons has plans to supercharge bitcoin adoption? Let us know in the comments section below.

Bitcoin’s price has stabilized following its recent bout of intense volatility This turbulence mostly favored bulls, as the crypto was...