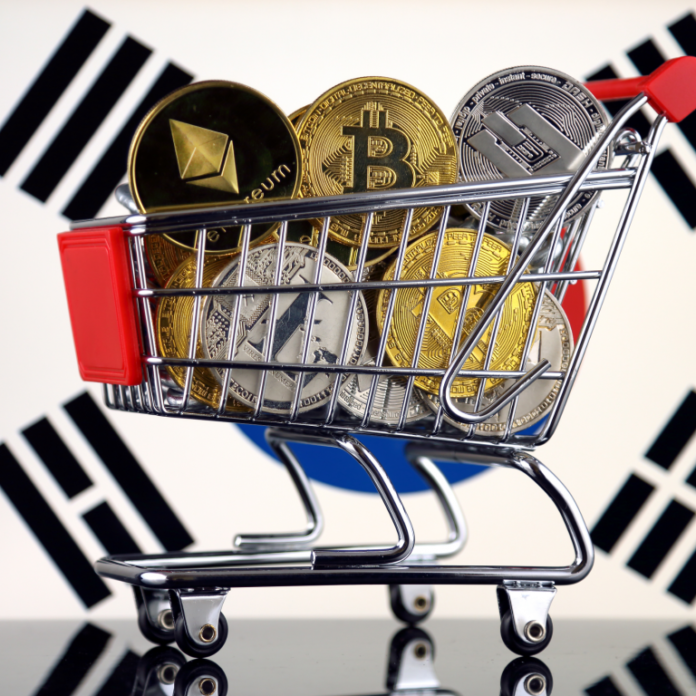 In South Korea, Bithumb was visited by officials of the Mongolian government. Upbit is offering free training leading up to its developer conference. A public company has unveiled a hardware wallet as it enters the crypto space. Meanwhile, hacked crypto exchange Coinrail has launched an international service for non-Korean customers, and a US bitcoin ATM operator plans to enter the Korean market.

Senior officials of the Mongolian government visited Bithumb’s headquarters on August 16, local media reported. They were trying to determine the feasibility of using blockchain and cryptocurrency in solar energy businesses in Mongolia. The Korea Economic Daily elaborated:

What they have focused on is the possibility of virtual currency remittance and payment functions and blockchain technology. Mongolia is seeking to utilize blockchains and virtual currency to activate new energy projects such as solar power generation at the government level.

“With the visit of high-ranking officials of the government, it is possible that Bithumb will pursue a business alliance with the Mongolian government or establish a local corporation,” the publication noted.

Kosdaq-listed company Ksine Inc. has commenced its cryptocurrency business with the launch of a hardware wallet called Touch x Wallet, the company announced on August 16.

Touch x Wallet uses locally developed fingerprint authentication technology and has a built-in battery. It can store up to 10 cryptocurrencies – including bitcoin, ether, and ripple – which the company plans to expand to about 50 by the second half of next year, Cctvnews reported. The wallet also has high-resolution electronic paper (e-paper) to display QR codes of addresses and allows users to check their balances.

Dunamu Inc, the operator of South Korea’s major crypto exchange Upbit, announced on August 16 that it is holding a free crypto and blockchain training for the public on September 12. This is a pre-program leading to Upbit Developer Conference which will take place on September 13 and 14 at the Jeju Creative Economy and Innovation Center.

The class consists of two parts. The first focuses on the origin and history of blockchain and cryptocurrency. The second focuses on the theory and practice of blockchain including the basic understanding of Ethereum and Lambda chain, solidity and Dapp development, and smart contracts.

Recently, the governor of Jeju Island requested the central government to designate the island a special zone for blockchains and cryptocurrency.

Coinrail, which was hacked on June 10 and resumed services on July 15, announced last week that it has officially launched the Coinrail international service for non-Korean users. Foreigners can now access the exchange’s crypto-to-crypto markets. The service is available in English. U.S. bitcoin ATM (BTM) operator Coinme revealed on August 16 that it is “seeking to roll out its service in Korea before the year-end,” the Investor reported.

Currently, the company’s ATMs are in 67 locations across the U.S., the new outlet noted, adding that “Coinme said it is eying Asia as the next spot for expansion, specifically focusing on Korea and other countries in the region, including Hong Kong and Singapore.”

We have seen really promising interest in Coinme from Korea…There’s a large and sophisticated cryptocurrency community which understands the potential of a token tied to real world applications.

“The Coinme ecosystem also seeks to offer massively reduced transaction costs, so we see real synergies with the Korean market,” he added.

What do you think of all the crypto activities going on in South Korea? Let us know in the comments section below.

Venezuelans to Be Paid at Least Half a Petro a Month

Announcing a 60-fold increase of the minimum monthly salary, President Maduro promised Venezuelans they will be paid at least 0.5...