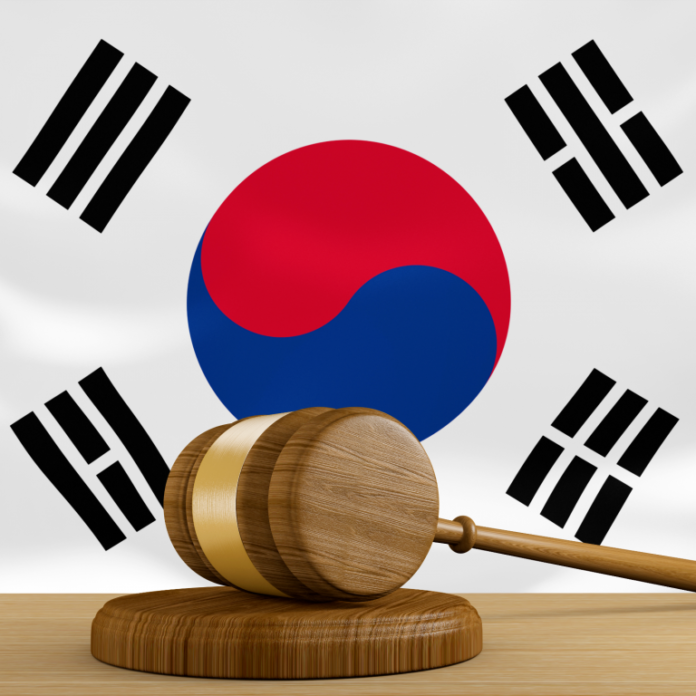 A lawsuit has reportedly been filed in South Korea against a local cryptocurrency exchange over its price-pumping schemes involving token issuance. The suit alleges that Cashierest’s token which pays dividends and rebates transaction fees to investors violates the country’s capital markets law.

South Korean law firm Aone filed a complaint with Seoul Central District Court on Oct. 5 against Newlink Co. Ltd., the owner of crypto exchange Cashierest, according to local media. Lawyer Kim Dong-joo at Aone’s Seocho branch explained that his firm is pursuing charges against the crypto exchange for deviating from the public interest in order to restore the health of the cryptocurrency market, Zdnet Korea conveyed. The publication described one of the schemes used by the exchange as “Criminal pumping, the so-called ‘cage pumping,’ which induces price increases while restricting the withdrawal of cryptocurrency.” The suit alleges that Cashierest has committed two illegal acts by issuing its “dividend coin [called] cap (CAP)” on the capital market, according to the news outlet. The first is a “violation of the securities issuance procedure,” as defined in Article 119 of the country’s Capital Markets Act. The other is a violation of Article 178 which prohibits unfair trading. The publication emphasized that the exchange engages in unfair practices to pump the price of its token.

According to Money Today, the law firm plans to expand the lawsuit to other exchanges such as Bithumb, Coinbit, and Coinzest.

At the heart of the lawsuit is CAP, the exchange’s own token. First issued in August, the token has three features: dividends, trade mining, and referral mining. CAP’s whitepaper reads, “By possessing CAP, you can receive 100% of profits of Cashierest’s exchange charges. Regarding charges issued with each market (KRW, BTC, ETH, TUSD), the refund of charges will be 100% refunded in each applicable currency.” Under the dividend section, Cashierest’s website explains that the coin “pays the first dividend in KRW,” adding that it also pays “100% of the Cashierest transaction fee revenue in KRW in proportion to the customer’s CAP reserves by two snapshots a month.”

The cleverly masked selling of coins through enticing words like trade-mining… these models are simply scams to sell their coin(s), and not great innovations.

The last of CAP’s features is referral mining which allows referrers to receive 30 percent of the transaction fees paid to the exchange by their referees, the exchange detailed.

In April, news.Bitcoin.com reported on Cashierest having a computer system glitch that allowed customers to withdraw more coins than intended.

What do you think of this Korean exchange’s token schemes? Let us know in the comments section below.

Images courtesy of Shutterstock and Cashierest.

Bitcoin and the entire cryptocurrency market could be on its last legs according to researchers from Juniper Research. The End...