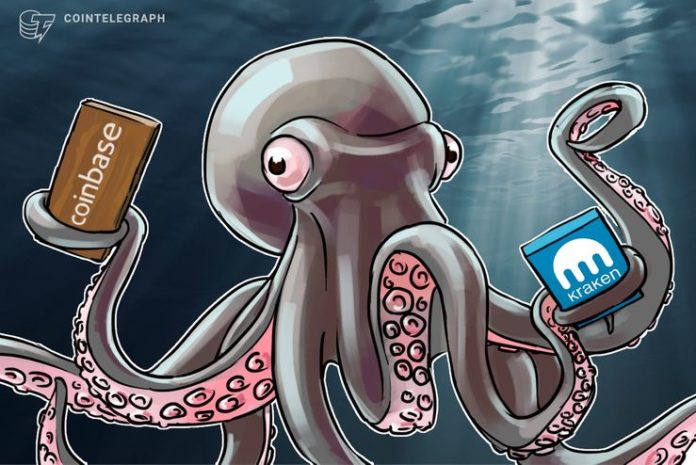 Another major U.S. cryptocurrency exchange criticized a report from New York’s Attorney General Wednesday, September 19, after it chose not to respond to a voluntary information request.

Kraken, which is headquartered in California, joined one of the largest U.S. players Coinbase in denouncing certain aspects of Barbara Underwood’s report as unfair.

Mentioning several times that Kraken “refused” to take part in supplying information, Underwood, the exchange alleges, appeared to suggest it had something to hide, such as offering services to New York residents without holding a BitLicense.

“We must… object to the highly unprofessional/ malicious implication that because we did not respond to the voluntary information request, we *might* be operating illegally. We told you we don’t operate in NY,” officials wrote on Twitter.

Coinbase had taken Underwood to task in a blog post after the report claimed 20 percent of its trade volume came from its own staff, a figure Coinbase says was “misreported.”

While Kraken was not alone in its decision not to supply information, Underwood appeared to single out the exchange’s behavior, describing it as “alarming.”

“The (Office of the Attorney General) could not review the practices and procedures of non-participating platforms (Binance, Gate.io, Huobi, and Kraken) concerning manipulative or abusive trading,” one note in the report reads.

“However, the Kraken platform’s public response is alarming. In announcing the company’s decision not to participate in the Initiative, Kraken declared that market manipulation ‘doesn’t matter to most crypto traders,’ even while admitting that ‘scams are rampant’ in the industry.”

The dispute drew participation from Ethereum cofounder Vitalik Buterin, while Kraken attempted to defend its decision before users who appeared uncertain over the most suitable course of action.

“It’s hard to prove a negative,” officials wrote in one response.

“Of course, we operate legally. We don’t serve NY and therefore could not possibly be operating illegally in NY. Laws in other jurisdictions will vary and it’s a complex, global issue.”