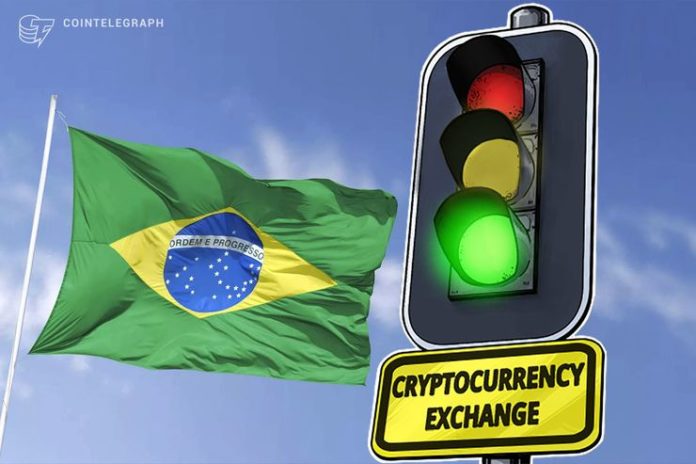 The largest brokerage in Brazil will enter the crypto space by launching an exchange for Bitcoin (BTC) and Ethereum (ETH) in the near future, Bloomberg reported September 21.

Chief Executive Officer of Grupo XP Guilherme Benchimol told Bloomberg that the company will launch an exchange called XDEX in the coming months, with around forty employees. Grupo XP is the biggest financial group in Brazil, comprising companies with various business models.

XP has reportedly set a goal to have $1 trillion reais ($245 billion) under custody by 2020, which is four times what the company expects to raise by the end of this year. In addition, XP will launch a bank in the next few months.

Benchimol said that he “must confess, this is a theme I’d rather didn’t exist, but it does,” adding that “we felt obligated to start advancing in this market.” He noted that the company is being pushed into the crypto business by the popularity of cryptocurrencies among investors. 3 million Brazilians “have exposure” to Bitcoin, compared to only 600,000 that invest in the stock market.

Initially, Grupo XP announced its plans to launch an over-encounter (OTC) BTC exchange in April. The move was reportedly the first for XP, which first registered an outfit called XP COIN INTERMEDIACAO in August 2017. Later that year, following a 5 million reals (about $1.5 million) capital injection, the company rebranded to become XDEX.

Earlier this week, Brazil’s Administrative Council for Economic Defense (CADE) launched a probe into six major national banks regarding alleged monopolistic practices in the crypto space. Per a CADE report, “the main banks are imposing restrictions or even prohibiting … access to the financial system by cryptocurrency brokerages.” The banks reportedly claim that the brokers’ accounts were closed due to the absence or lack of client data.

Respected economist Professor Steve Hanke has chanted down central banks. While Hanke doesn’t tout cryptocurrency as an alternative, he does...