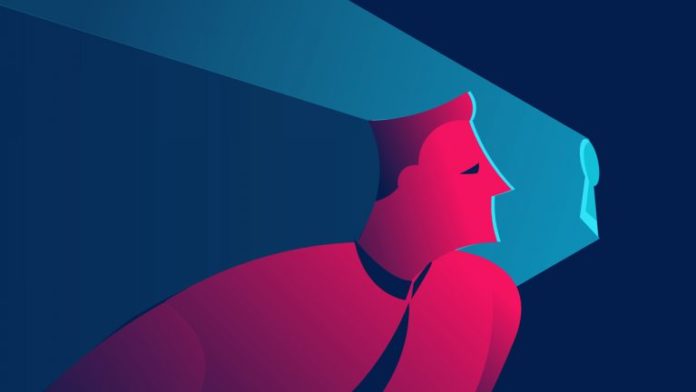 A South African group calling itself “Anonymous ZA” has published fresh information that seemingly supports long-standing allegations that Mirror Trading International (MTI), an ostensible bitcoin investment company, is running a multi-level marketing scam. The new information, which was reportedly obtained after a breach of MTI internal systems, shows that the investment company is “entirely structured around a tree/pyramid scheme.”

According to a report, the leaked data suggests that MTI has a practice of distinguishing between “normal members and founder members.”

Assessing the data, Anonymous ZA says it would appear that while “deposits made by founder members are not easily traceable yet they (founders) seemingly get better ROI than regular members.” The data also shows that “founder members are also at the top of the pyramid scheme and earn more money from their binary bonuses than ROI or any other source.”

Perhaps in revelations that may lend credence to allegations often leveled against MTI, the report quoting Anonymous ZA says:

The report confirms that members are paid to recruit new members but it fails to provide the number of founding members.

Earlier in July, the Texas State Securities Board (TSSB) accused MTI of running a multi-level marketing scam as well, as it operated in the state of Texas without a license. The TSSB subsequently issued a cease and desist order against MTI and some of its employees. Afterward, the South African regulator, the Financial Sector Conduct Authority (FSCA) issued its own public statement which repeats allegations made by TSSB. However, the FSCA statement goes further by asking investors to withdraw their funds from MTI.

Anonymous ZA closes its statement in which it says “unless MTI can display or prove control of a Bitcoin wallet, or another storage facility to the value 17k BTC, it will stand by its view that: MTI is a Ponzi scheme.”

Meanwhile, following the latest revelations, the MTI management moved to confirm the breach in a fiery response. Cheri Marks, one of MTI’s founding members and spokesperson, suggests a criminal offense was committed by those behind the breach which occurred September 18. Marks then goes on to threaten legal action against the perpetrators as well those publishing stories based the illegally obtained information:

Yes, we had a security breach of our administration portal. Yes it was a criminal act. Yes we will be pressing charges and everyone publishing the personal information illegally obtained we will refer to our legal council.

Marks then attacks assumptions that MTI had stopped trading claiming that “in August over 34,000 withdrawals were effected to the tune of 5,933 bitcoin without so much as a hiccup.”

Throughout the rant, Marks challenges the media to name a single disgruntled investor out of the “170,000 that are growing their bitcoin with MTI.”

Still, Marks fails to adequately deal with concerns that founders are possibly getting larger payouts than the rest of investors. Instead, Marks chooses to boast about her status as founder saying:

“The fact that MTI has founder members is nothing new. Yes there is an extra profit share for them and this does not affect the company or the members in any way, nor is it a state secret.”

Throughout the seventeen-minute video, Marks complains of media bias and the “intention to slander, not to provide a decent and informed view of MTI, its founders, shareholders or members.”

Marks also briefly discusses MTI’s interactions with FSCA but fails to provide a satisfactory answer to why the regulator still went ahead and asked investors to withdraw funds even after the MTI “CEO opened our live trading account and BTC balance for the FSCA to see.”

Surprisingly, just after the encounter with FSCA, the investment company made the decision to invest in bitcoin only. Critics argue the move was intended to remove MTI from the tutelage of regulators. Meanwhile, reports say the FSCA has been made aware of the data leak and is looking into it.

What are your thoughts about the latest revelations on the MTI scam? Tell us what you think in the comments section below.

Iran has granted bitcoin miners exclusive access to electricity generated from three power plants for their mining activities, according to...