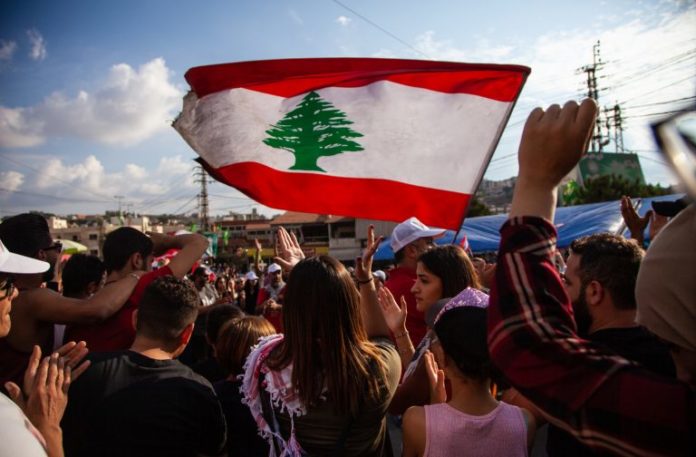 Since the beginning of widespread protests in Lebanon last week, banks and lending institutions have remained closed, fueling fears of an impending nationwide cash crisis. Attempts to assuage the concerns of suffering individuals without money or options are not proving effective, as officials scramble to address the situation against a backdrop of alleged political embezzlement and mounting public frustration.

We Don’t Have Your Money

As banks don’t actually store customer deposits, Lebanese lenders and business officials are afraid that a sudden re-opening after being closed to the public for over a week could have disastrous consequences. “The cash of the banks are in reserve at the Central Bank or are in Treasury bills,” the president of the Worldwide Association of Lebanese Businesspeople told U.S. media. “The cash of the banks are not in the bank deposits, so no, they don’t have enough cash for everyone that would come and ask for any cash of transfer.”

An official statement from the Association of Banks in Lebanon (ABL) confirmed fears that banks will remain closed, stating: “In light of the continuing volatile security situation and the closure of most roads, and for the safety of customers and sector’s employees and its properties, banks will remain closed on Friday, October 25, 2019.” The chairman of the association, Salim Sfeir, maintained that banks would reopen when protests calm down, stating:

Once normalcy is restored, we are very confident that we can resume servicing our customers in full capacity. The attempt at reassurance is of little comfort to many Lebanese, who want their banks to open, but are more deeply concerned with the systemic corruption of Lebanon’s politics as a whole. Attempted taxation of voice over internet protocol (VOIP) services such as utilized by the popular Whatsapp messenger, and other tax hikes and austerity measures are all part of the corrupt economic cocktail which triggered the start of mass protests last week. The Banque du Liban, Lebanon’s central bank, is also under fire for allegedly allowing corrupt politicians to embezzle money out of the country.

Demonstrators most recently gathered to protest in front of the main branch of the Lebanese central bank in Beirut, regarding its alleged role in assisted embezzlement, with some Lebanese Twitter users commenting that there is a media blackout and attempt to suppress coverage of the event. A video is captioned in Arabic:

The ruling of the bank shall fall. In front of the Banque du Liban. The only activity currently allowed by the nation’s other banks and lenders is the payment of customer and employee wages at the end of the month via ATM, a statement from a state news agency confirms.

Recent centrally imposed withdrawal limits in India are presenting similar problems, and in very dire fashion, with reports and allegations even of death resultant from inability of customers to withdraw funds from local banks. As in Lebanon, officials are trying to keep people calm, but to little avail. With bank employee strikes, depositors gathering en masse outside of bank branches, and the Indian Supreme Court refusing to entertain petitions further fueling the fire, the situation is precarious.

Many cryptocurrency advocates see these events as perfectly illustrative of why crypto adoption is necessary. When an individual’s own money is inaccessible and even non-existent once given into the hands of centrally regulated lenders, situations such as those being witnessed in Lebanon and India are bound to happen.

What are your thoughts on the bank closures in Lebanon? Let us know in the comments section below.